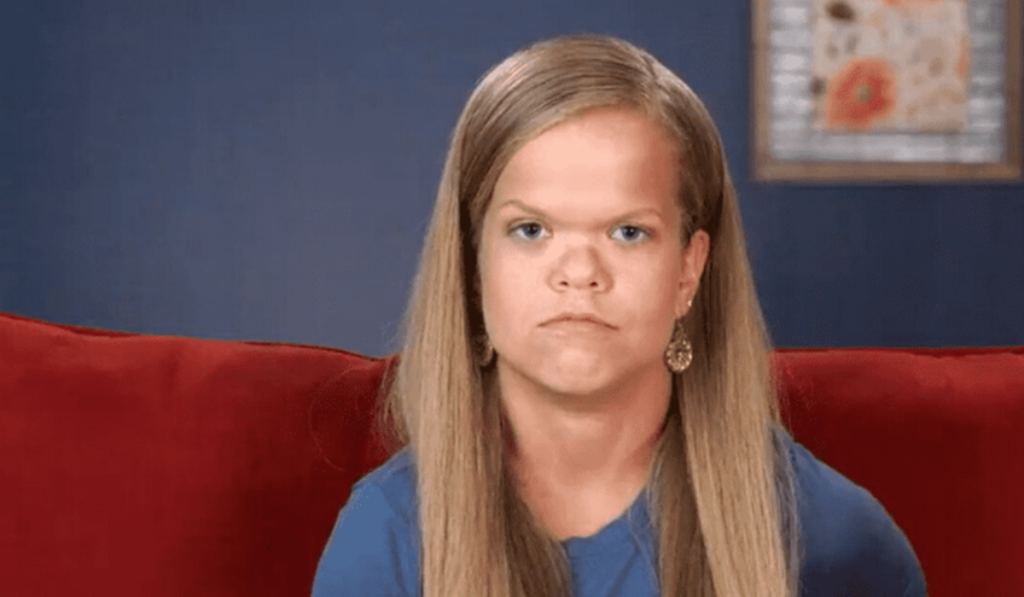 7 Little Johnstons is one of the biggest shows airing on TLC right now. Little couple Trent and Amber Johnston brought forward their story of living with their five kids, who also happen to have dwarfism. Over the years, the Johnston siblings have grown up. Therefore, there are often moments when the parents don’t see eye to eye with them. Lately, Anna made a shocking revelation to her mother Amber about being done with “little people” in terms of dating. Keep on reading to know how she reacted to this.

7 Little Johnstons family usually gets along with one another. However, there are times when certain family members have arguments. It happens when they don’t agree to some things. In the latest episode, mother Amber Johnston took her daughters Emma and Anna out to shop. That’s when they began talking about Anna’s love life. Although she has been single, she wished to find someone with “brown hair”, a “love for dogs,” and skilled in “cooking”. Her mother suggested that she would find a lot of guys during the Little People Convention the family planned on going to.

Anna mentioned that she was 22 years old. Therefore, she had been on multiple dates. Some of them were also with little people like her. She stated being “done” with dating them. Her mother, Amber, was not quite okay to hear this. She stated that most time, people of average size date little people for the “novelty”. Hence, the mother didn’t want any of her kids to be hurt in the future owing to this. Some 7 Little Johnstons fans called Amber out through the comments section.

The viewers stated that having the same medical condition doesn’t mean two people will “get along” or “be happy” together. Just because things worked out for her and her husband, Trent, doesn’t mean it should be the case for their kids, too. Therefore, they found it wrong that the celebrity wanted her kids to follow her path. Moreover, they feel it was wrong that Amber was trying to control Anna’s love life, like she manipulated her career choice

7 Little Johnstons: Anna Is A Single Pringle! Looks For A Date In Her Dog Park

Anna Johnston has been quite open about her dating life in the last two 7 Little Johnstons seasons. In the previous season, she admitted to “seeing” someone, but they had no labels. Her father, Trent Johnstons, wanted to know if they were “kissing”. Although the young reality star was heavy with embarrassment at this question, she replied with a “duh” while blushing. However, the new season had Anna saying that she was “single”. Clearly, things didn’t work out with her mystery man.

Therefore, Anna and her sister Emma went to a dog park. The place was having an event for single people. Hence, both the sisters were ready to look for a man there. The elder sister revealed they were going to the event more for her while Emma was just her accomplice. The promo also had Anna exchanging numbers with a guy in the dog park

. She seemed happy to have done so. The fans are waiting on an update on how did the possible date go with the dog guy. However, Anna has not yet updated the viewers about it. For all latest 7 Little Johnstons updates, keep checking TV Season & Spoilers.