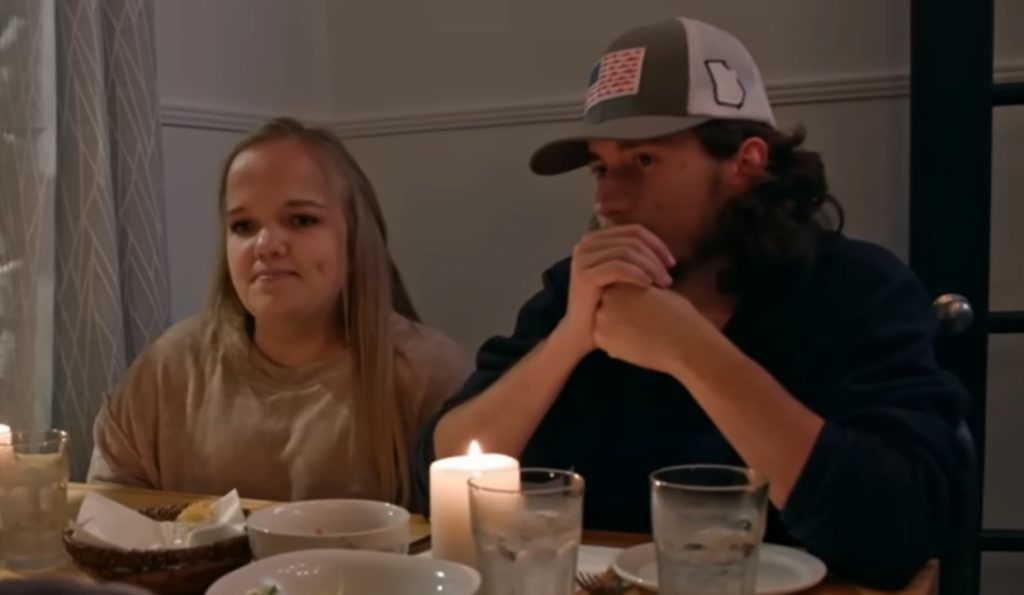 7 Little Johnstons: Elizabeth & Brice Are Not Moving In Together Anymore

Elizabeth Johnston has been a prominent member of 7 Little Johnstons. Her journey began when she was merely a teenager on the show. In all 12 seasons, she has emerged as a confident, smart young woman. The new season focuses on her big move with her boyfriend, Brice. They had been thinking about the next step in their relationship for some time now. However, Liz’s parents Trent and Amber, weren’t approving. Now that they are ready, the couple is having other problems. Looks like they aren’t going to move in together anytime soon! Why is that? Keep reading to know more about this.

7 Little Johnstons: Elizabeth Johnston Isn’t Ready To Move In With BF Brice! Tells Her Mother The Reason Behind Hit!

Elizabeth and Brice have been a significant part of the 7 Little Johns tons. Both of them have been in a relationship for three years now. Hence, things are very serious between the two. He also became a recurring castmate of the reality show for several seasons. Viewers always cheer them on and root for them. They were happy to find out that Liz and Brice were willing to move in with one another

. Fans were sure that they would see this big change go down in the latest season. However, they have been some setbacks, and they have postponed moving in. In a promo by HollywoodLife, Elizabeth opened up about this.

Liz talked to her mother, Amber, about moving in with Brice. She stated that her boyfriend is a bit low in terms of funds. He has been trying to “save up” and move in with her in the right manner. Amber understood this and revealed Liz has been wise with her finances and had a savings account at the age of 16. Therefore, pay ing rent and utilities won’t be hard for her. Although ELizabeth was ready to take care of her boyfriend until he was ready to pay his side of the share, he refused.

Brice also gave a timeline to Elizabeth while saying they would definitely move in together before he was 25-26. 7 Little Johnstons star Amber listened to her girl with all her patience. She noted that Brice is starting on his journey to save up a little late than his girlfriend. However, she was glad that he was thinking things out very carefully before moving in. Liz is positive they will move in by the end of the year.

Liz and Brice are quite wise for their age. The 7 Little Johnstons remain astonished at the couple for having such a mature relationship while being so young. They gave more evidence of it in the latest season. The couple sat together to divide all the chores and responsibilities. Liz and Brice wanted to talk about how their life will be after moving in together with each other. She wanted to keep things “clean” and do all the “chores”. Brice insisted that they would divide all the work, and his contributions would be equal to her when it came to taking care of their future home.

The 7 Little Johnstons fans were very impressed by Brice and his forward way of thinking. His girlfriend jokingly said that he could take care of cleaning the vents as he could easily reach them. Bruce also came clean about his “unnecessary spending habit”. The viewers were glad that the couple was having a mature conversation about what could possibly go wrong after moving in. They lauded Brice again for being honest with his girl. For the latest news updates, keep coming back to TV Season & Spoilers.