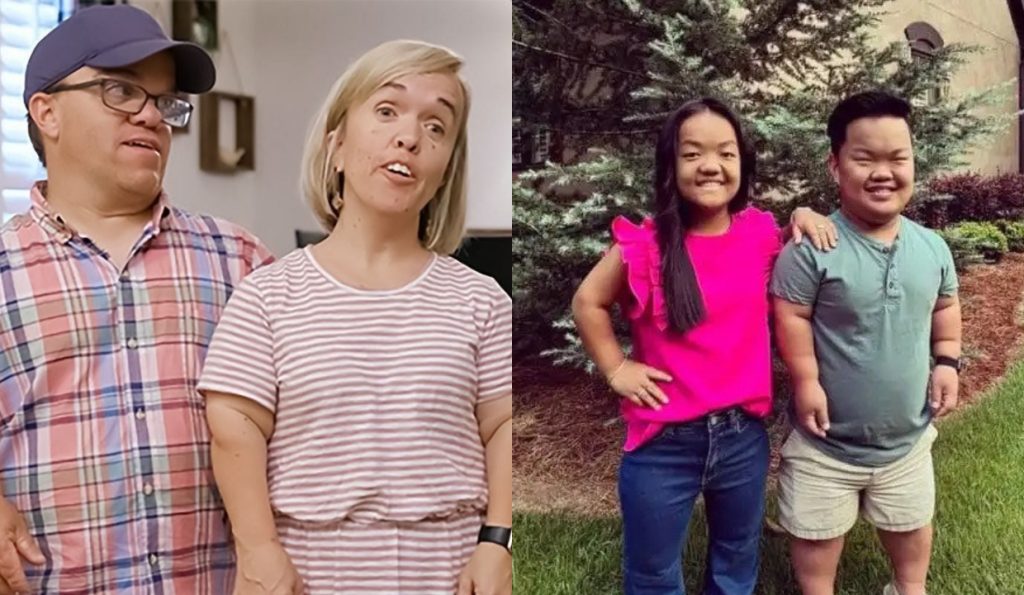 The reality show 7 Little Johnstons won everyone’s hearts owing to its unique storyline. Trent and Amber Johnston and their five kids are now absolute fan favorites. Hence, they stay up to date about their lives through their social media handle and their TV show. The ones who have been following the show for years must know that most of the kids are now adults. Hence, they are ready to stand on their own two feet and leave their parent’s abode. Well, Alex and Emma, the youngest kids, are still in school. So, they remain home with the couple. However, Amber took to her social media to share a picture of the two of them leaving. Are they too willing to leave their parents’ house? Keep reading to know more.

7 Little Johnstons have been a part of TLC for many years. In fact, viewers are now very attached to the family and like to know more about them from their social media. So far, three of the Johnston kids, i.e., Jonah, Liz, and Anna, have moved out of Trent and Amber’s house

. While the former is a working man, the other two are in universities. This means only Alex and Emma are the only siblings staying with the parents. Lately, Amber put up a story on her social media showcasing both the kids walking away from the house. Hence, speculation began on the internet saying that they were also leaving their parents’ house for college.

Well, it seems to be an unlikely outcome. That’s because Emma and Alex are still in their junior year of high school. Hence, there is one more year left until they take that big step. However, Amber Johnston also put up a picture of the two driving away with the caption “my heart”. Therefore, some believe that the 16-year-olds just went out for a drive. In fact, both of them got their driving licenses a while ago. As a result, it was quite a sentimental moment for the famous mother as her youngest kids are also gradually getting older and doing grown-up things like driving. Well, the real context behind Amber’s stories is still unclear. Only time will tell what will actually happen in the family this season.

Out of all the 7 Little Johnstons siblings, Emma and Alex are the closest to one another. Well, all other brothers and sisters are elder than them. Moreover, the youngest ones are also staying in their parents’ house, as mentioned above. With this, they also go to the same high school. Emma and Alex tend to spend a lot of time together

, making them close. Moreover, both of them are 16 years old. Hence, the age factor also plays into their strong bond. A while ago, mama Amber Johnston took to her social media to share something important.

Well, it looks like Emma and Alex are slowly transitioning into fine adults. As a result, they are now eligible to drive. That’s because Amber revealed that both of their kids now have their driver’s licenses. Hence, they aced their test. So, their well-wishers took to the comments section to compliment and congratulate the sibling duo. With this, the parent also put up a photo of them smiling wide for the camera with their documentation. Keep track of all the latest 7 Little Johnstons news only through TV Season & Spoilers.