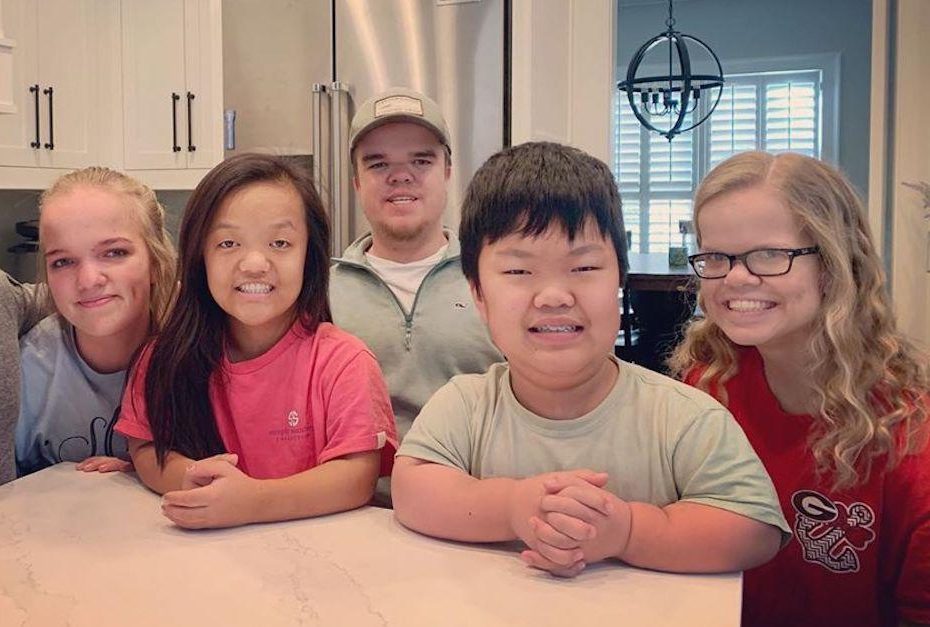 7 Little Johnstons: Who Is The Richest Johnston Kid Amongst MILLIONAIRE Siblings?

TLC is famous for making the audience hooked to its various shows. The channel provides multiple drama-worthy shows to choose from. However, 7 Little Johnstons is a little different reality series. Unlike most TLC shows, it doesn’t adhere to drama entirely. Eventually, the reality series has proven to be the most wholesome show. Fans love watching young minds make their way towards success. Furthermore, the Johnstons’ kids know the sky is not the limit. Hence, fans wonder who the richest kid among the millionaire siblings is? Tune in with us to find out.

7 Little Johnstons: What Is Jonah Johnstons’s Net Worth?

Fans who have been following the show know how strict are the Johnstons. That’s because they want their kids to know the value of hard-earned money. More so, facing the world as a little people is quite difficult. That’s because almost all the time, they are subjected to indifferences. Hence, the oldest kid, Jonah, really had to struggle to make his own money. Jonah works as a Sales Professional at Butler Toyota. And as per reports, his net worth ranges between $1.5 million to $5 million in 2021. Moreover, it is expected to increase over time. Further, he also earns from his reality TV show.

7 Little Johnstons: Elizabeth Affords A House At 19! What Is Her Net Worth?

Amber and Trent’s second child, Elizabeth, is quite the goody-good child. That’s because she became the first sibling to move out at 19! The news almost made the viewers ponder how Liz could have her own house at such an age? Well, she does get her paycheck from the reality show itself. On the contrary, Liz also has an impressive job to pay out her bills. According to her Facebook, she’s working as a Nurse’s Assistant at Convenient Care in Forsyth. Further, Elizabeth is also studying Registered Nurse BSN at Gorden State College. Hence, as per reports, it turns out her net worth will be around $4 million in 2021.

How Much Is Emma Johnston’s Net Worth At The Of 15?

The youngest Johnston kid Emma is a successful entrepreneur just at 15. More so, the fifteen-year-old has a passion for study and business. Turns out, the teenager has pretty high earnings for being a 16-year-old. The young kid has her niche business on jewelry and accessories, including earrings, rings, and necklaces. Furthermore, EmmaRingsn Things is pretty profitable for a small business. Hence, the store gets 1000 plus orders. Therefore, according to speculations, Emma’s net worth will be about $1.5 million in 2021.

The brightest and the cutest kid of the Johnston family has an amazing Etsy shop. Like his other siblings, the 16-year-old also has a successful online business. The little one makes handmade origami art for his clients. However, it must be known that his business is not as popular as his sister’s. Yet, his Etsy shop is quite popular to call him a young entrepreneur. His shop has had around 700 sales by now. Furthermore, he also sells unique stickers in his store. His net worth is approximately around 1.5 million.

Amber Johnston often talks about her daughter’s online business. Even though Anna Johnston does not have a technical job

Moreover, her store has made about 2,818 sales so far. Apart from that, Anna has a regular job at a daycare center. Hence, TV Seasons & Spoilers previously reported various speculations about Anna’s net worth by fans. Some say her net worth must be around $3 to $5.5 million as of 2022. So, since she runs the most profitable business compared to her siblings, Anna is most likely the richest Johnston child as of now. Stay tuned to TV Season & Spoilers for more.