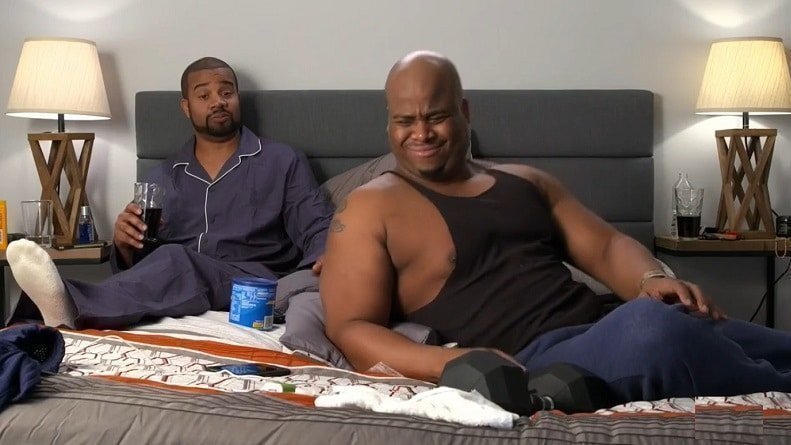 90 Day Bares Dean Reveals The Real Reason Why He Cut Tarik Out Of His Life, Says “I Got Tired Of All That Underlying Tension”

According to the preview of the January 10th episode of 90 Day Bares All, we can see Shaun asking Dean what exactly went down with him and his brother. As we all know he has completely cut ties with Tarik. It was after the big fight they had in April 2019. Let’s take a look at this in detail.

90 Day Bares All, Dean Was Tired Of The Drama

Seeing a smile on Dean’s face, the host Shaun Robinson pointed out that his brother wasn’t the one with a cheerful grin. Building on that, she asked Dean what was going on between him and Tarik. Jogging everyone’s memory, she said that the brothers got into an argument about Robert and Anny in April 2019. Shaun pointed out that no one, not even the production knows why he cut Tarik out of his life.

To that, Dean said that things got really volatile between the brothers during the 20-minute argument. He called the entire incident foolish and embarrassing. Adding to it, Dean said that he was tired of the drama which is why he quit Pillow Talk.

All this time, Tarik was backstage listening to his brother on interview. It looked like Dean’s words were hurtful for him and that he was extremely uncomfortable listening to the conversation, as reported by US Magazine

90 Day Bares All, Tarik Slammed Dean For Quitting Pillow Talk Out of The Blue

Tarik revealed that the brothers went out for dinner after the filming of the last episode of 90 Day Fiance: Pillow Talk. He thought that everything was okay. But after a week, the executive producer called him and told him that his brother quit out of the blue. Tarik also revealed that it was a well-paid opportunity for them and that he didn’t understand why Dean suddenly quit. After all, they even had investment plans with the money they made from reality TV!

Tarik and Hazel are on the current season of 90 Day Fiance. They would be focusing on their own relationship as well as on finding a new woman for their relationship dynamic. As it turns out, Hazel is bisexual. The primary reason behind the sour relationship between the brothers is that Dean gave Hazel a really hard time when he accompanied his brother to the Philippines. He even called her a con artist and ended up insulting her multiple times.

After that, he himself went on to date a Filipino girl. Tarik thought it was hypocritical of his brother to treat Hazel with disrespect and get himself a Filipino woman as well. Let us know what you think will happen between the brothers in the upcoming episodes of 90 Day Bares All.