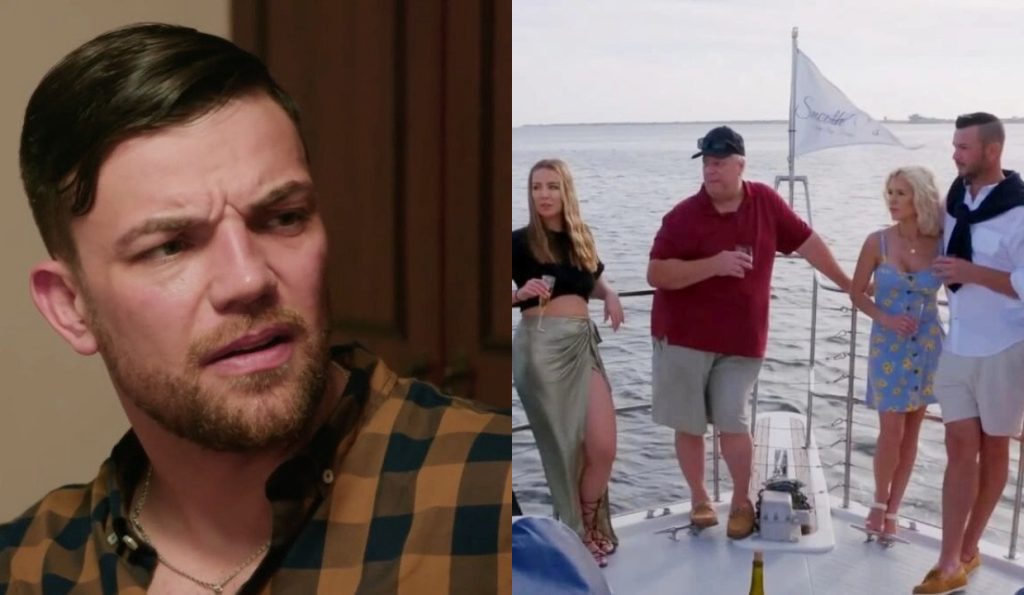 Andrei and Libby are one of the most popular 90 Day Fiance couples. Together, they starred in the original franchise. After getting married, they appeared in every Happily Ever After season. It’s like fans can’t get enough of their lives. Things are no different with the latest season. Apart from new adventures, the couple is facing some troubles too. That’s because an immigration attorney informed Andrei that he could get deported! Keep reading more to get to the bottom of this.

90 Day Fiance: Andrei Faces Deportation Risk! Thinks Libby’s Family Has Something To Do With It

Andrei and Libby had a sweet love story when their adventures on 90 Day Fiance began. The latter’s family also became part of the show as they caused much trouble in the couple’s relationship. It turns out that things aren’t any better in the new se ason. That’s because Andrei received a very concerning message from his immigration attorney

. The star had managed to get an extension on his Green Card validity for two years. He was in the process of applying for a permanent green card.

His lawyer stated that 95% percent of her clients don’t have to face the interview round for the same, especially when they have a family in the United States. However, Andrei’s case was different. She finally informed him that someone had been causing a hindrance in his life. If he is not able to get his green card, it will lead to his deportation. It turns out that the man had to leave Moldova as a corrupt police department forced him to. Initially, he was working as a law enforcer in his native country.

He didn’t share the trouble with the police thing with Libby as he didn’t find it necessary. Apparently, someone had been “snitching” about him to get him deported. Andrei feels his wife’s family has something to do with it. Elizabeth tried to defend this by saying her family wouldn’t know who to call. Viewers will have to see more episodes to know how things shape up now.

While 90 Day Fiance: Happily Ever After focuses on Libby and Andrei going through issues, things are different in real-time. Hence, the footage from the latest episodes is a year old. The reality TV couple announced in march that they are expecting a baby. So, it was going to be their second one after Elizabeth gave birth to Ellie or Eleanor a few years. A new post on their social media handle said that the little member was already in their family. Libby gave birth to a baby boy

Andrei posted pictures of the family of four on his Instagram handle. He expressed joy in becoming a father again. The celebrity also revealed that they had named their little baby Winston Leo. During his birth, the little one weighed 7 lbs and 10 oz. He was also 20 inches in height. The fanbase was very excited for the family and gave them blessings and love through the comments section. Keep coming back to TV Season & Spoilers