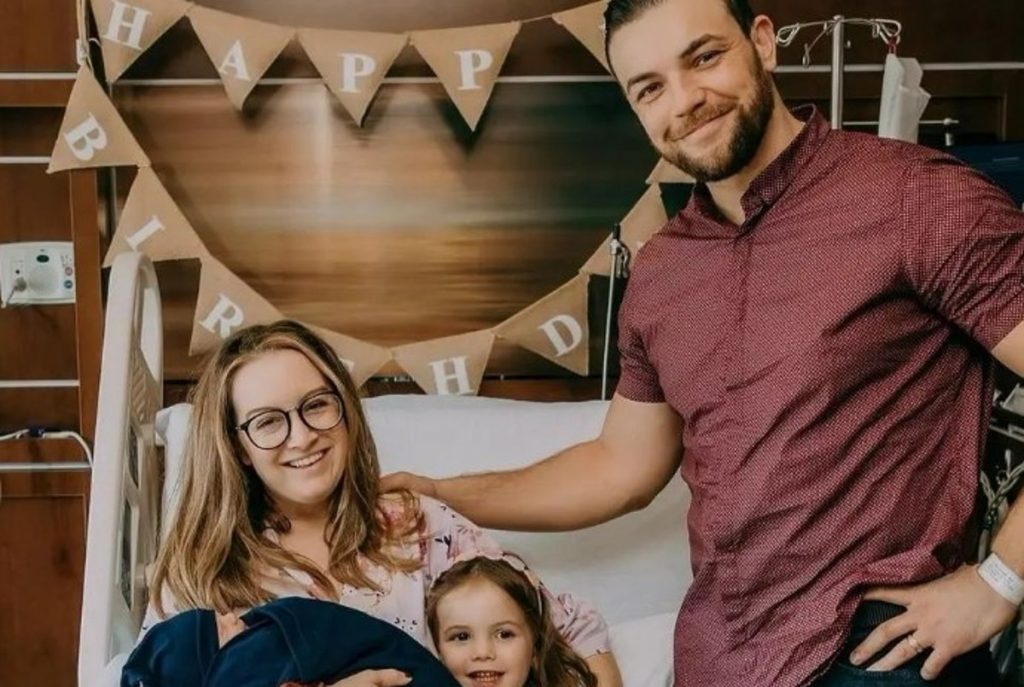 Finally, the most awaited moment is here. The 90 Day Fiance couple Elizabeth and Andrei Castravet have welcomed their second child. Fans are really excited to watch their favorite couple’s family getting complete. Ever since the couple announced that they were expecting, everyone wanted to meet the sweet little celebrity. The Castravets just released pictures of their newest family member, and within no time, they went viral. To know more about it, keep on reading.

Libby and Andrei announced in March that they were expecting a new member. Since then, controversies have been occurring regarding the new member’s name. Meanwhile, Elizabeth kept posting her maternity photoshoot pictures, which kept her followers excited. On September 20, Elizabeth posted a picture on Instagram, which had a beautiful blue-grey-themed setup for their new member, and also revealed that they just had a baby boy. Even their elder daughter Ellie couldn’t wait for her cute little brother to come. Finally, the couple took to Instagram and shared the pictures and details of the newest member of the family.

Andrei posted several pictures and, in the caption, told his fans that he is so proud and excited to be a dad again. He also revealed that the name of the newest family member is Winston Leo. Fans loved this name and were very joyous to see the pictures. The dad-of-two also added that his little boy is now his favorite reason to lose sleep at night. Elizabeth also posted pictures, and her caption was a more detailed one. She told that the couple welcomed their son on October 4, 2022. Further, she also gave details regarding her cute little son. She added that cute Winston weighed 7 lbs and 10 oz and was 20 inches long when he was born.

Andrei and Libby’s excitement was pretty evident in their captions. The mom of two also added that their entire family’s hearts are so filled with joy. The 90 Day Fiance already loves to be a family of four. Little Ellie is not little anymore. Perhaps she is the most excited one of all and loves to be an elder sister. She also added that having a baby boy has some kind of different energy, and she loves to be a mo ther of two.

90 Day Fiance: The Castravets Became The Most Loved Family Of TLC After New Season

The fans of 90 Day Fiance were overwhelmed. No doubt, Andrei and Libby’s latest post had the cutest pictures on the internet at the moment. The fanbase loaded the post with a lot of comments and immense love. “He’s absolutely beautiful and a gift from heaven,” commented a fan and congratulated the couple. “A boy! How exciting,” another fan wrote, expressing her excitement.

People are so happy for the couple as they have finally completed their cute little family with a girl, Ellie, and an adorable son, Winston. Fans are wishing luck to this family of four for their well-being and prosperity. Keep coming back to TV Season & Spoilers for all the latest 90 Day Fiance updates.