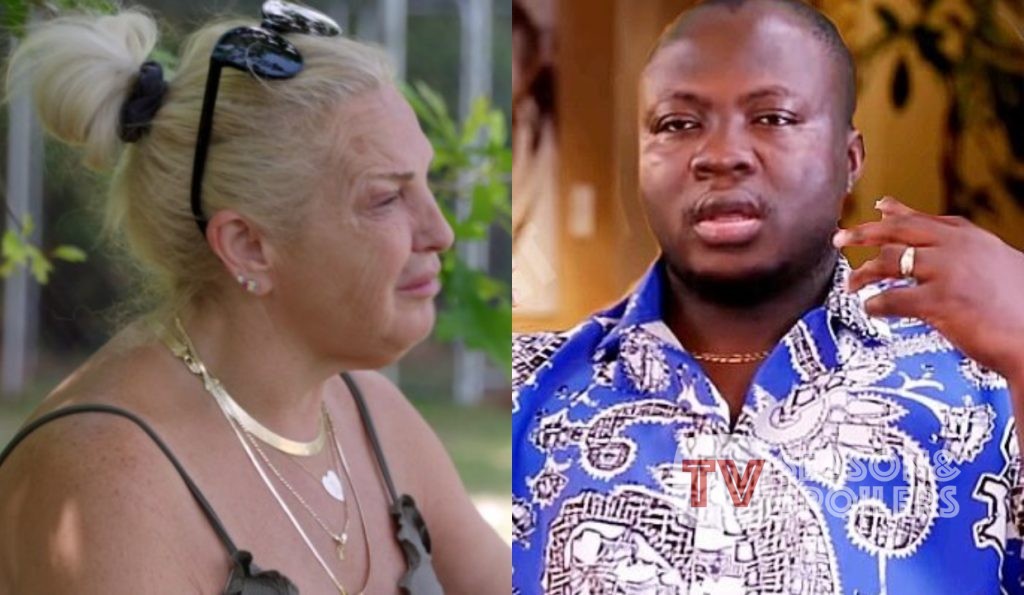 90 Day Fiance: Angela Breaks Down As Michael Cheats On Her

Angela Deem has been a longtime star ever since she became a part of 90 Day Fiance. She and Michael Ilesenmi have become part of two spin-offs, i.e., The Other Way and Happily Ever After. The latest season of the same is also capturing their adventures. In a few episodes, they have fought multiple times but continue to stay in their toxic marriage. However, the show’s latest promo suggests that the couple might finally be done with each other. Apparently, Angela was losing it and accusing Michael of doing something behind her back. Keep reading to know more details about this.

90 Day Fiance: Angela Breaks Down While Accusing Michael! Are They Over?

Angela and Michael have had a rollercoaster of a ride in the latest Happily Ever After franchise. Intially, the former had a problem with the latter for having an Instagram handle. She accused him of flirting with other women on the platform and being unfaithful to his lady. While Michael denied these accusations, he ended up deleting his Instagram. Despite this, the couple had multiple fights. One of them was around Michael’s friends, and Angela also geared up to beat them. This won’t be the first time the woman did something like this on the show. In fact, when Angela arrived at Michael’s house for the first time, she did something similar.

While Angela tried to wreck Michael’s car, she also hit him when he came close to her. At last, the production had to intervene to calm them down. In the promo for the upcoming Happily Ever After, Angela had gone back to her home in Georgia. She was sitting in front of her house, looking sadder than ever and crying hard. Angela began interacting with the cameramen while telling them what Michael had done. Viewers assume that the Nigerian man finally cheated on his wife. However, the promo didn’t reveal what he had actually done. So, only the upcoming episodes will shed light on this, and fans will have to wait to see what happened.

90 Day Fiance: Angela Threatens Michael’s Friends, Curses At Them & Wants To Hit Them!

Longtime 90 Day Fiance viewers must know that Angela is not at all close to any of Michael’s friends and family. She flashed herself in front of his aunt during a Tell All. Apart from this, she had a history with Michael’s friends and spilled drinks at them over the past. Hence, the American woman was quite skeptical about meeting her husband’s buddies. She stated that she would be meeting them after five years and didn’t know how it would go. Michael’s friends Peter and Ade also go by the name ‘The Goofballs.’ However, Angela didn’t find their behavior even the slightest bit goofy.

The star went on to rant about Michael and how he flirts with ot her women on Instagram without having actual proof. That’s when Ade told her to “calm down.” That’s all it took for Angela to get violent, and she started getting ready to “knock the motherf***er out”. The fight went on, and the celebrity called Michael’s buddy “nasty” and “foul”. However, the husband defended his wife instead of being there for his companions. The Goofballs continued to call her the “villain,” and many fans agreed with them after seeing Angela on the show for multiple years. However, after this eventful fight, she returned to Georgia and bid an intimate goodbye to Michael in their hotel room. She did so before going to the airport. Keep coming back to TV Season & Spoilers

for the latest updates on 90 Day Fiance.