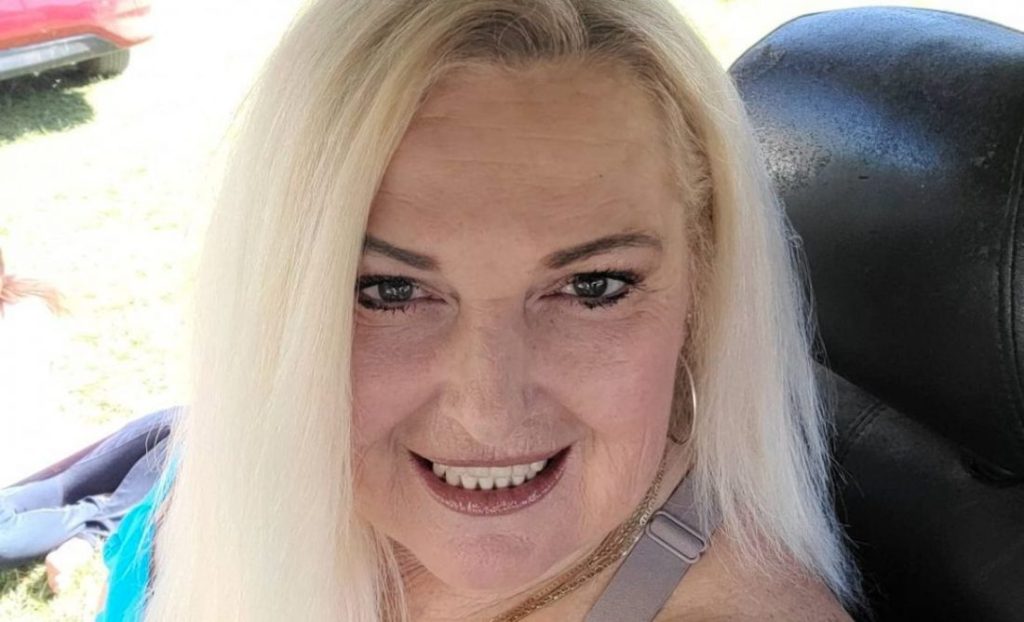 After all the things she did on the latest season of 90 Day Fiance: Happily Ever After, fans didn’t know that Angela Deem is capable of doing anything worse. However, we all underestimated this TLC star as she surely gave away one of the nastiest scenes in television history. Fans are disgusted by her “classless” behavior and have been demanding the network to ban her, yet again. Here’s what happened and how Deem ended up flashing to the entire world.

Well, fans already expected that the Tell All episode of the latest Happily Ever After is going to be dramatic. This is because all of its cast members are popular and have had interesting storylines this season. However, when TLC released the first trailer of the episode, we’re finding out it is flooding with drama as all the couples get into fights. Even though there were a lot of dramatic things in the clip, Angela Deem managed to remain the highlight.

Towards the end of the video, Angela and Michael start discussing her relationship with another man in front of everyone. The previous episode saw Deem flirting with the surgeon who performed her weight loss surgery. However, it seems like Angela made a move that was not acceptable to Michael and his aunt, Lydia. As the aunt of the Nigerian TV star started accusing Deem of cheating on her son, the fight got verbally abusive and nasty in seconds.

Angela shouted, “You mind you own business, you will not f**king tell my husband what to do.” She then walked right into the cameras while yelling at her husband and his aunt. The slurs continued to shower from Deem’s mouth, and she then pulls down her red jumpsuit to flash her breasts on camera. She kept on flashing as long as her yelling continued. While Michael was clearly embarrassed by her wife’s actions, the Tell All host, Shaun Robinson, looked disgusted by the scene.

Whereas, since Ronald Smith was also on a video call, he was left horrified by what happened in front of him. We’ll soon get to know the aftermath of this flashing incident when Part 1 of this episode comes out next Sunday, August 15 at 8/7c.

TLC has only released a trailer of the upcoming Tell All episode, and fans are already mortified. They were already ashamed and disgusted by Angela’s behavior on the show. But no one really expected her to do what she did during Tell All. Now, people think that the TV star has crossed all limits that she could’ve, and the network should finally fire her from the show. In fact, some say that Deem should be banned from television entirely.

Fans are currently furious about how nasty the whole show has become. It started by telling the love stories of different couples who were from different countries. Now, the reality TV series does not feel genuine anymore, and fans say that the Tell All episode was proof that it’s scripted. They also criticized Angela and think that she can go to any length to be in the public eye. As the criticism is increasing, we’ll have to wait to see if TLC takes any action against her this time.

How shocked were you after watching the trailer of the upcoming Tell All episode? Share your reactions in the comments below. Also, keep connected to TV Season Spoilers for more details related to this controversial topic.