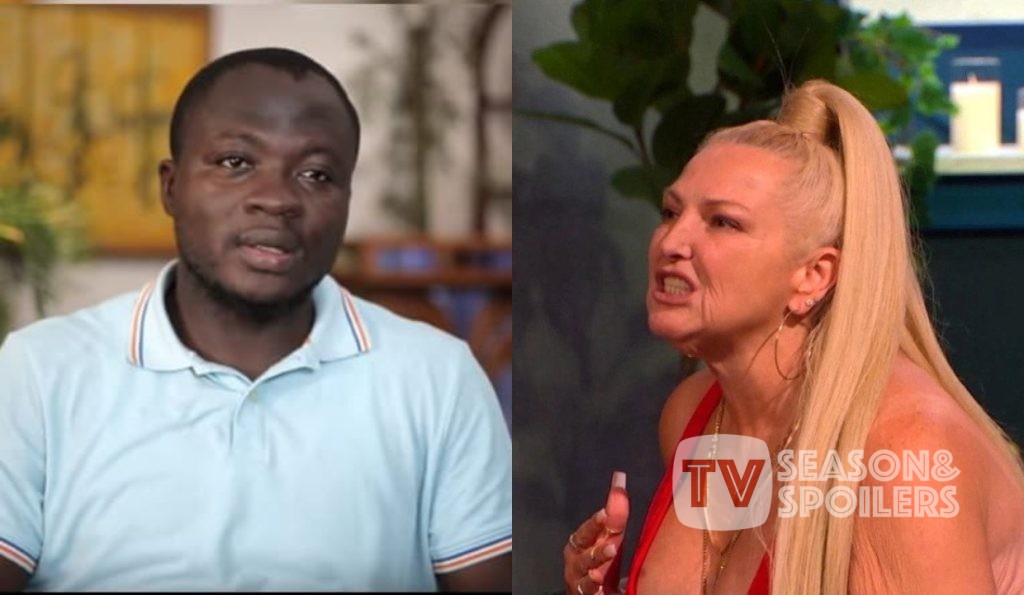 Angela and Michael are one of the couples from 90 Day Fiance to have the most turbulent relationships. Despite multiple verbal spats and a cheating scandal, they continued to stay together. But a lot of troublesome things happened once again in the new Happily Ever After Season 7. Well, the couple’s storyline ended with Angela returning to Georgia from Nigeria and finding out that Michael had been cheating on her with another woman on Instagram. Shockingly a new promo for the upcoming Tell All revealed that Angela declared herself a single woman! Keep reading to know all the details about this.

90 Day Fiance: Angela Wants To be Single After Michael Cheated On Her?

The new Tell All finale is all set to premiere this Sunday. Apparently, the host Shaun Robinson, stated that the new season is going to go down in history. That’s because, for the first time, TLC decided to film the castmates inside as well as outside the studio. As expected, the outcome was quite chaotic and very drama worthy. While Big Ed managed to upset everyone with his toxic ways, viewers also found out about the couple who called it quits. Apparently, Usman and Kim are no longer a couple. Moreover, the castmates were also warning Liz against taking Big Ed back as she deserved so much better.

As the finale is going to premiere this week, TLC released a promo for the same. The noted 90 Day Fiance Instagram page, @90daythemelanatedway, shared it on their profile. There was a point where the ladies were doing a toast. That’s when Liz stated, “cheers to two single women”. She did so while referring to herself and Kimberly. Soon, Angela chimed in and stated, “possibly three”. So, the fans are speculating that she might just dump Michael after he broke her heart

. However, since she used the word “possibly”, there is no proper confirmation of whether Angela will go through with the divorce or not. Well, only the upcoming episode will be able to answer this much-anticipated question.

Another surprising cast member to become part of Tell All was Jamal Menzies. He is Kimberly’s son. He was always against Usman from the beginning and continued to tell his mother that the rapper didn’t deserve her. Well, at last, both of them broke up, and he went to the show to show support to his mom. The fans were very amused by Jamal’s presence and appreciated him for being very honest with Kimberly. The supporting cast member even did a Q&A session with his followers to spill tea about 90 Day Fiance. That’s when a viewer wanted to know about his views on Angela Deem. After all, she is one of the most controversial castmates in the show.

Well, Jamal didn’t hold back while saying he respected Angela. The castmate stated that she is “100% real” He understood how so many people didn’t like her. But Menzies noted that she is one of the few people who speaks the “truth” no matter how hurtful it is. Apparently, a lot of people don’t like getting exposed to that. At last, Jamal also tagged Deem in his video while giving her a shoutout. The viewers were surprised to see him talk too highly about the star, who is known for creating lots of drama and being in trouble at all times for it. Now, they are eager to see how the Tell All finale is going to end. Keep coming back to TV Season & Spoilers to stay tuned to 90 Day Fiance updates.