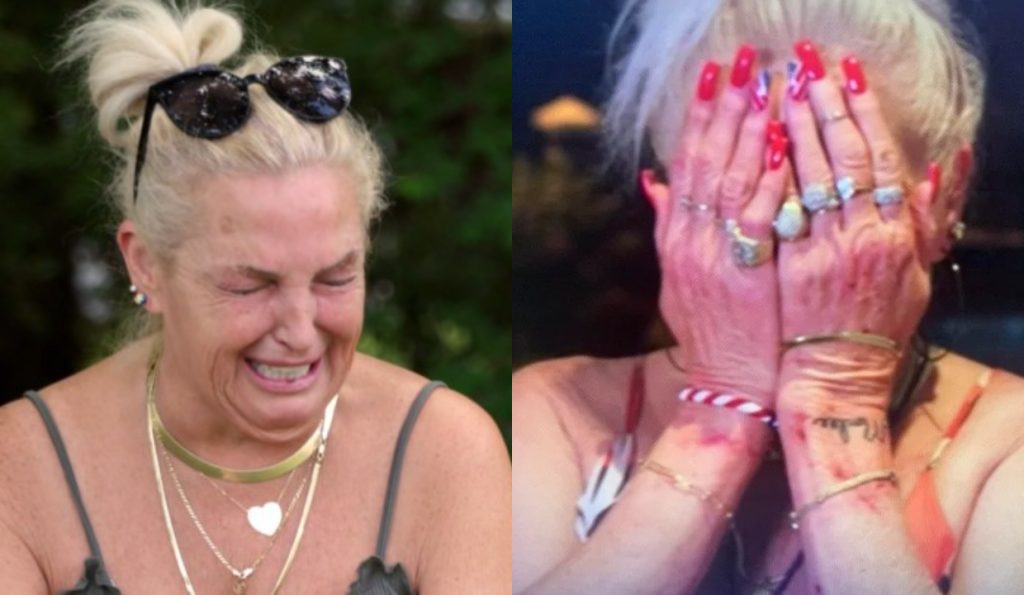 Angela Deem has been very problematic ever since she became part of the TLC family. Her journey began with 90 Day Fiance: The Other Way. That’s because she traveled all the way to Nigeria to be with her husband, Michael Ilesanmi. Despite being husband and wife, the couple has had a very rocky relationship. Angela has been quite controlling of her husband, and viewers have noticed it happening a lot on the TV show. Well, some of them also equated it to Angela being racist and realizing she has a tendency to behave differently around Nigerian people in the show. Well, now the star is in trouble again that’s because the Asian community is upset with her owing to her new post on Instagram. Keep reading to know more details about this.

90 Day Fiance: Angela Deem Comes Off As Racist In A New Post! The Asian Community Slams Her

Angela Deem has gone through many ups and downs during her 90 Day Fiance journey. While she does have fans, many viewers find her disturbing. As mentioned above, there have been many instances in the show where Angela came off as racist. Many of them condemn her way of talking and behaving in front of her husband, Michael. While the latter doesn’t seem to mind, others don’t approve of it. Well, there has been another instance of Angela’s racist behavior. Well, she put up a video compilation of all her highlights from 2022. As the Georgia native has undergone many surgeries to change her looks, Angela often hangs out with her surgeons.

Well, Angela ended up posting a lot of pictures with the doctors. Well, one of her doctors was Asian too. So, the 90 Day Fiance star tried to be witty in her caption. She started off by saying that when one goes “black,” they never go “back”. The celeb also added when one goes “yellow,” they never do another “fellow”. So, the Asian community started bashing her in the comments section. Many of them stated that addressing someone as “yellow” is highly offensive, as per Meaww

. A lot of them began shaming her for such racist posts on social media. While Angela had disabled the comments on the post, she eventually took the post down after such an uproar. However, she has not yet responded to this matter on her social media.

Angela and Michael tied the knot in Nigeria itself. The former had plans to stay with her husband in his native country. However, things changed when COVID-19 hit the world. So, she moved back to the US. Since then, the couple began having more problems in their relationship. While Michael wanted to expand his career through Instagram and become an influencer, his wife wasn’t letting him do so. She was afraid that he would start flirting with other women online. At last, she made up her mind to finally go to Nigeria without informing him and surprising him. However, their first meeting after many years was drastic.

That’s because Angela was extremely angry at her husband. So, she began ripping his car out and even took off the number plate with her bare hands. After Michael came out after such a stir, he started calling her “crazy” and wanted her to be out of his neighborhood. That’s when Angela couldn’t control herself and started to hit Michael

. Soon, his brother separated the angry couple. This incident landed the star in trouble again. That’s because they started calling her behavior racist. In fact, many fans wanted her out of the show after seeing something so vile on their TV screens. However, she is still a part of the show and even appeared on the Tell All special with the rest of the cast members. Keep coming back to TV Season & Spoilers for more 90 Day Fiance updates.