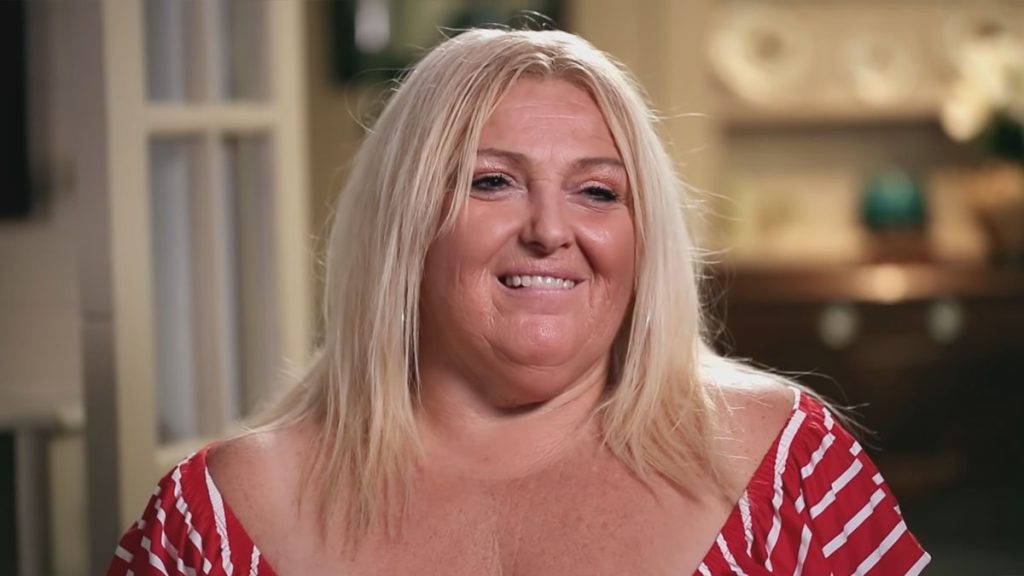 Angela Deem is always up to something on her social media. She has made a reputation for being one of the most controversial cast members from 90 Day Fiance. As a result, viewers are always slamming her online. Now it looks like she has found herself a new man. Hence, she fell prey to backlash again for allegedly being unfaithful to her husband, Michael. So, what is going on? Keep reading to find out more details on this.

90 Day Fiance: Fans Spot Angela With New Man! What Is She Up To?

Angela Deem has never been a well-liked cast member during her time in 90 Day Fiance. Moreover, viewers condemned her overly flirty nature and worried for her partner Michael. It turns out the former is in the US again while the latter is still in Nigeria after their marriage as he couldn’t get a visa. Since then, the 90 Day Fiance fans speculate that they might be done for good. In fact, the American woman added more to this by posting a brand new video with another man.

Apparently, both of them used Tik Tok to film a video in the form of a duet. While the man mouthed the song “Everything I Do by Bryan Adams,” the TV celebrity looked at him lovingly. Hence, the followers began to speculate if they were dating. Apart from this, another commenter hilariously wrote, “Michael who” with a bunch of laughing emojis. Later on, another account shed light on this matter. They claimed the man in the video is married and is looking for someone to donate a kidney to him. Hence, the TLC alum collaborated with him to give him a wider platform for awareness. Moreover, they also mentioned him being married.

90 Day Fiance: Angela & Michael Have Split? Check Out The Clues

Angela and Michael have not had a stable relationship eversince their journey began on 90 Day Fiance. Despite being on and off for a long time, they still tied the knot in Nigeria. However, the American native had to return to her country since then. As a result, they have been in a long-distance relationship since then. Now some watchers are presuming that the notorious couple has split up. That’s because Michael just made a separate Instagram handle for himself. Earlier, he was sharing his wife’s account, and they posted content together.

However, the Nigerian resident going solo has made fans wonder if they split. Furthermore, Angela is close to her surgeon friend, Dr. Obeng. As a result, she posts multiple stories about hanging out with him. Thus, the fanbase has objected to this behavior and accused her of betraying her man. Yet, these are speculations on the internet. None of them have officially spoken up on the rumored separation. Stay up to date with TV Season & Spoilers for more such updates.