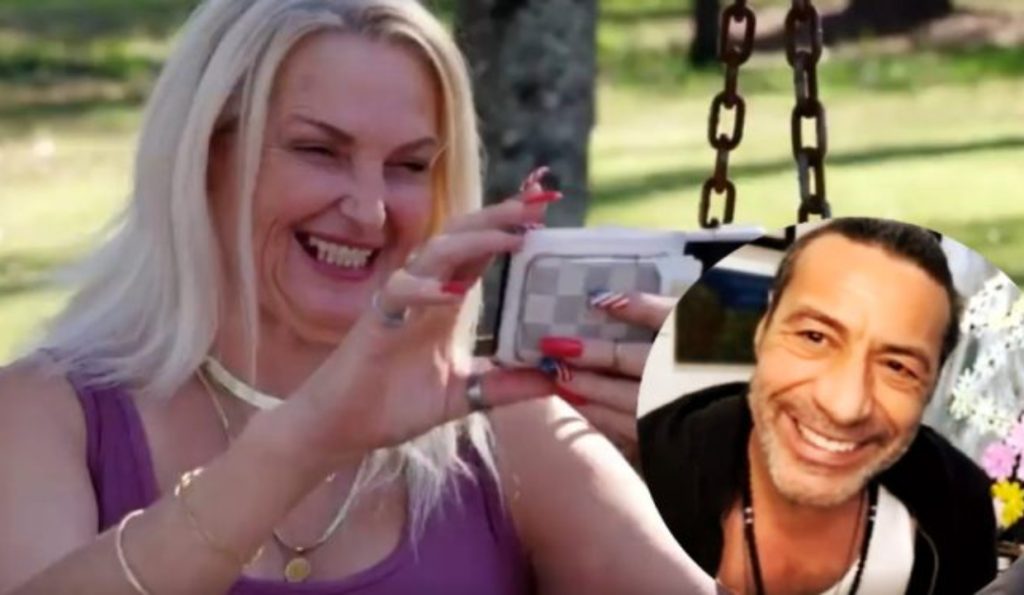 90 Day Fiance: Angela Growing Close To A Male Stripper After Hitting A Rough Patch With Her Husband, Michael!

Angela Deem was never a favorite on 90 Day Fiance. She made her debut through The Other Way spin-off alongside her husband, Michael Ilesanmi, from Nigeria. Although the couple had a lot of ups and downs during the show, they showcased a huge part of their life through the show. Angela had to move back to America after the COVID-19 pandemic hit. The couple has made their debut on the Happily Ever After’s new season. That’s when the woman opened up about the cracks in her marriage. Shockingly, she found another man to comfort her during these tough times, and he used to be a male stripper! Keep reading to know more details about it.

90 Day Fiance: Angela Finds Comfort In A Male Stripper After Distancing From Her Husband, Michael

Angela Deem came off as quite obnoxious and loud during her 90 Day Fiance debut. Viewers thought her loud personality and flirty attitude were big red flags. They worried for her husband, Michael Ilesanmi, and would often tell him to leave her. However, the Nigerian man would maintain a meek attitude and deal with his wife calmly. It was of no use as their marriage was suffering. As per a new promo by ET, Angela opened up about how Michael had been using her as an opportunity to get into America. Hence, she began growing apart from him.

Angela Deem then found an artist, Billy, on the internet and wanted some of his pieces. As they began chatting, they made a lot of dance videos on Tik Tok. He is a noted social media celebrity by the name of ‘The Thief Of Hearts’. It turns out that the man used to be a stripper in the 80s. The Meemaw couldn’t stop gushing over him and stated that he still had the “looks” and the “moves”. Angela and Billy began forming a deep bond and would talk to each other a lot. At last, she also expressed her wish to come to Canada to meet him.

90 Day Fiance: Michael Tells Angela They Are Done! Breaking Up With Her?

As 90 Day Fiance viewers got to see Angela’s growing bond with Billy, they were uncomfortable. Some went as far as saying she has been cheating on Michael

. Another promo from Happily Ever After revealed that the Georgia native was finally in Nigeria to meet Michael. A fan shared it on Reddit. He refused to come out to see her, so she began to ruin her car and ripped out the number plate. At last, the Nigerian man had to come out to tell her off. He called her “crazy” and told her to get out. There were people separating the two as they aggressively tried to come close to one another.

At last, Michael stated that he was “done”. The episode has not premiered yet, so the reason for their fight remains unknown for now. A lot of speculations suggest that the man lost his cool, probably because of Angela’s growing closeness to The Thief Of Hearts. The 90 Day Fiance fanbase was happy to see the star take a stand for himself. So, they rooted for him too! Do you think it is high time Michael and Angela split up? Will they do so by the end of the new season? Tell us in the comments below! Keep checking TV Season & Spoilers for all the latest updates.