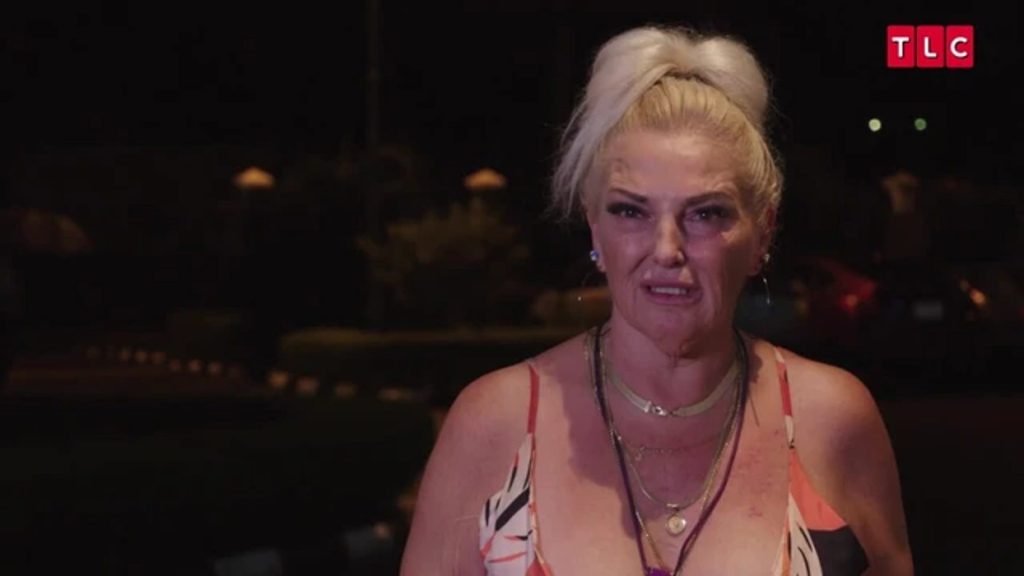 90 Day Fiance: Angela Is Still Chain Smoking? Fans Worried She Might Have SKIN CANCER Due To Big Scar On Her Face

Angela Deem never fails to turn heads. This has been the case since her 90 Day Fiance debut on The Other Way. Apart from being loud, there were instances where she was willing to cheat on her husband, Michael, by being close to her surgeon. Speaking of surgeries, she has been in the limelight for getting multiple cosmetic procedures and also her massive weight loss. Despite so many changes, she has been neglecting her health for a long time. Lately, fans are concerned about spotting a dark mark on her face and believe it is because of her addiction to cigarettes. Many fans have spotted her smoking continuously in many episodes in the past. Is she still doing this? Well, Keep reading to know more about this.

90 Day Fiance: Angela Deal In Deep Waters For Her Smoking Habit! Fans Worry She Scarred Herself Due To It!

As mentioned above, Angela and controversies go hand in hand. In fact, the 90 Day Fiance fanbase is always trolling her for her lewd behavior and mistreatment of her husband, Michael. Yet, she continues to do what her heart wants. Apart from this, fans also urge her to pay attention to her health. That’s because Deem got multiple surgeries in a short span to look young and radiant. However, she is not willing to keep herself fit from the inside. Many viewers saw her live on TikTok and had one major concern.

They saw a big mark on her bottom lip. While many believe it is because of Angela’s continuous smoking, they wanted her to go to the doctor for the same, In fact, a Redditor also pointed out that the celebrity has allegedly burned her lip by smoking too much. Hence, they wanted Angela to get a grip on her life and focus on getting healthy and fit. Many mentioned that one must work hard despite getting multiple surgeries to make sure one stays in shape. They don’t see the 90 Day Fiance star making these changes, so they continue to school her.

90 Day Fiance: Angela Deem Might Have Skin Cancer! Fans Worry For Her!

As mentioned above, many 90 Day Fiance fans feel that Angela has burned her lip by smoking tons of cigarettes. Hence, she has that dark mark. However, there are others who feel differently. In the comments section, many fans stated that having moles on one’s skin can be an indicator of skin cancer. They have been noticing the alleged mark for many months now. Hence, they wanted the castmate to act on this. Many audience members urged Angela to get her mark checked as soon as possible. They really want her to care about her health and take a trip to a hospital or clinic for the same. As usual, Angela paid no heed to these comments.

In fact, during her TikTok live, she had a team of people removing all the negative responses made her way. Hence, it was no use telling Angela about the possible health issue. While the 90 Day Fiance may not like Angela, some are still concerned for her. Hence, they have often pointed out the mark and continue telling her to get her life back on track in terms of her health. After all, she is in her 50s. So, the surgeries might help her appear young, but age will still catch up with her. How do you feel about Angela after this reveal? Are you concerned about her health? Tell us in the comments below! Meanwhile, get all the latest 90 Day Fiance updates by staying tuned to TV Season & Spoilers