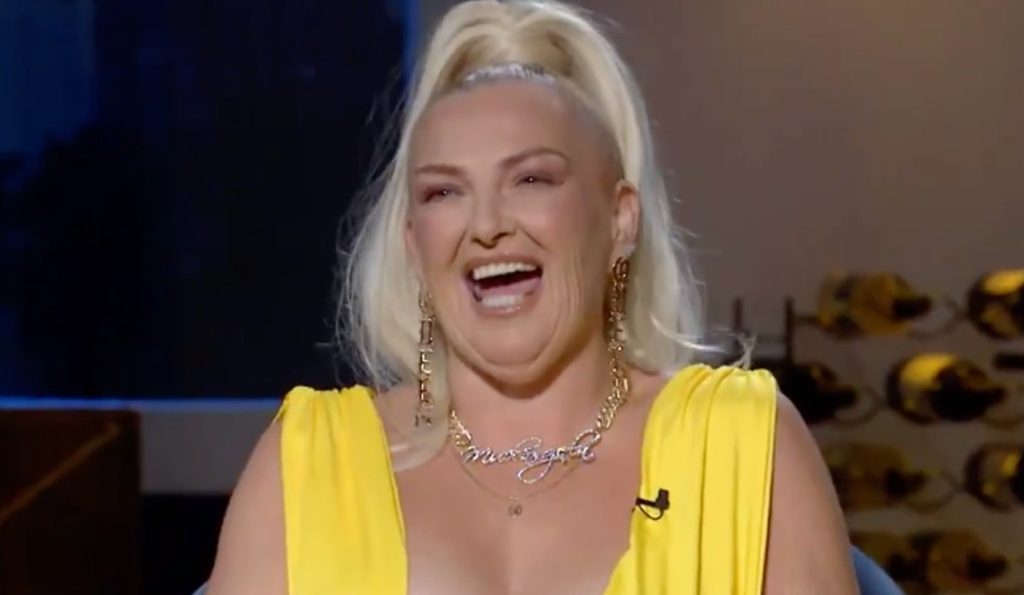 Angela Deem has managed to surround herself with controversies ever since she started starring in 90 Day Fiance. Initially, her love story with Michael raised a lot of eyebrows. Things have gotten worse since then. Both of them seem to be very close to splitting from one another. They have been living apart from one another since the COVID-19 pandemic. Amidst this, the American woman took to her social media to announce a new business venture. Keep reading to know more.

Angela Deem came off as very loud and dominating during her time on 90 Day Fiance. Her husband, Michael Ilesanmi, accepted her for who she was. But things have hit the rocky road for quite some time now. Both of them are living separately as the COVID-19 pandemic made Angela move back, and Michael didn’t have his visa to come to America. So, the Georgia native began focusing on other things. The latest details on her collab page revealed that she is soon to start a clothing line. Popular Instagram handle, FraudedMedia, shed light on this update.

Angela put up a video featuring the clothes that she wore during her time on 90 Day Fiance. The collection is going to be a limited edition. The star urged the fans to get their own piece of “[Angela] Couture”. The viewers were in shock after this reveal. Many stated that there was nothing iconic or special about her clothing in the show. Hence, they don’t want to waste their money trying to look like her. So far, Deem has not yet responded to the backlash. She seems happy to have started something of her own.

Angela and Michale had not seen each other in person for a few years. That’s because she had to move back from Nigeria to America after their marriage. It was due to the COVID-19 pandemic. Because of all the distancing, her relationship with Michael suffered. They are currently starring in 90 Day Fiance: Happily Ever After and showcasing their deteriorating marriage. Angela expressed that her husband Michael might just be scamming her. That’s because he asked her for a hefty amount

in the latest episode.

The Nigerian man joined Instagram. His wife didn’t approve of this and wanted him to take it down. Michael told her he would take it down if she sent him five thousand bucks. This act made Angela feel that something was fishy. She began believing that Ilesanmi was scamming her and using her for an opportunity to come to America. Fans are sure their marriage won’t last long, and they will soon split from one another. They haven’t taken sides and feel both of them are toxic to one another. Keep track of all the latest 90 Day Fiance news by staying up to date with TV Season & Spoilers.