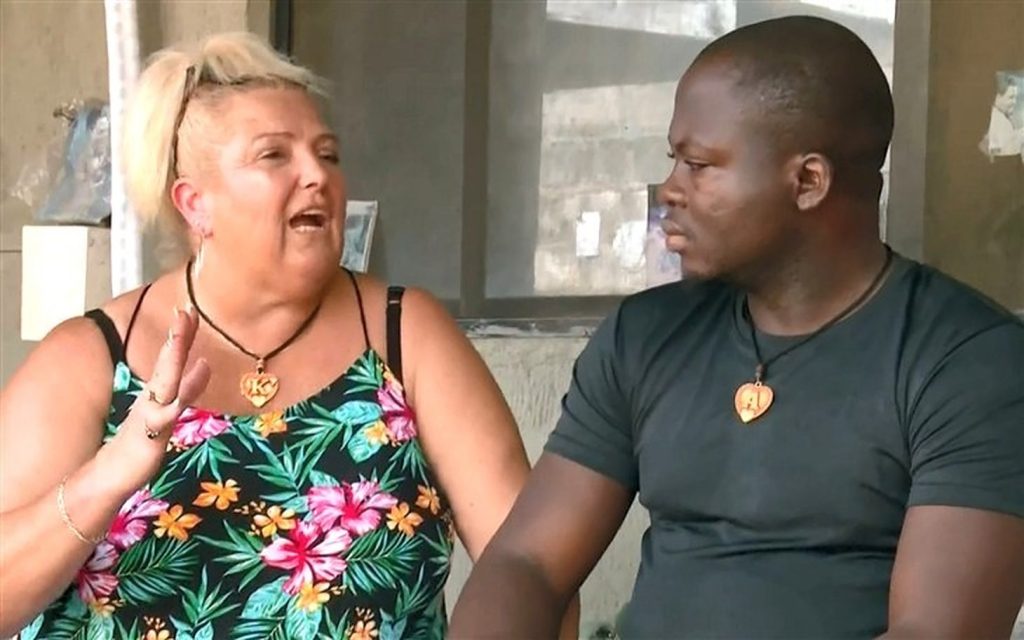 The 90 Day Fiance couple, Michael and Angela, continue to struggle in their relationship. They always get in trouble for some reason. The couple met on Facebook and soon started dating. Upon seeing each other in person, they decided to feature their storyline on the show’s spin-off Before The 90 Days. Eventually, after a lot of struggles, Angela and Michael got married. But, the problems remained the same. Aside from their age difference, trust was the major issue in their relationship. Angela Deem openly flirted with other men while in a relationship with Michael. She later began to accuse her husband of using her for money. Although she sent him money monthly, his demands were only intensifying with time. Recently, he asked her for $5000 for deleting his Instagram account. Keep reading to know more details.

Popular stars Michael and Angela tied the nuptial knot in Season 5 of 90 Day Fiance: Happily Ever After. They have continued to feature in different seasons of the show since then. Fans assumed that they would be able to sort out their issues with time. However, it all went opposite. As the TLC series progressed, their issues seem impossible to be resolved. The ongoing season of Happily Ever After has turned out to be one of the most dramatic ones yet. Fans have seen Michael and Angela fighting because of their financial issues. While the Nigerian native was waiting for his K1 visa, fans saw that he was getting more demanding.

The TLC viewers might know that Angela sent him monthly money for his basic needs. The American native recently asked him to bring down his Instagram account. However, Michael rejected her request and asked her to pay him $5000 to delete his account. Angela doubts his intentions, and she shouts at him in the show’s latest episode. She even said, “I don’t know if I know Michael at this point.” Besides this, she claimed he had blocked her on social media and was talking with other women on Instagram. On the other hand, he denied the allegations. Angela and Michael also had a big fight

on the latter’s birthday.

The 90 Day Fiance star Angela Deem is unhappy with her husband’s behaviors. Their relationship has crumbled in the last few months, and they hardly have any normal conversations. Their arguments and fights are getting worst with time. Recently, the American native talked about her personal life to her lawyer. She asked the lawyer to suggest to her what she should do. Angela doubts her husband’s intentions. She believed that he was with her only to get American citizenship

. Moreover, she revealed that she didn’t want him to come to America anymore.

On the other hand, her lawyer suggested she should be careful with her decision. In the previous episode, they talked about Michael’s changing behavior. However, before getting further, the reality television star shut the topic and went to sleep. Yet, their issues remain the same. Michael told her he didn’t have enough money to go out and celebrate his birthday. This infuriated Angela again, and she yelled at him. Angela said that she had nothing to do with him and his birthday. Which side are you on? Do you think Michael is using Deem for her money and green card? Tell us in the comments below.