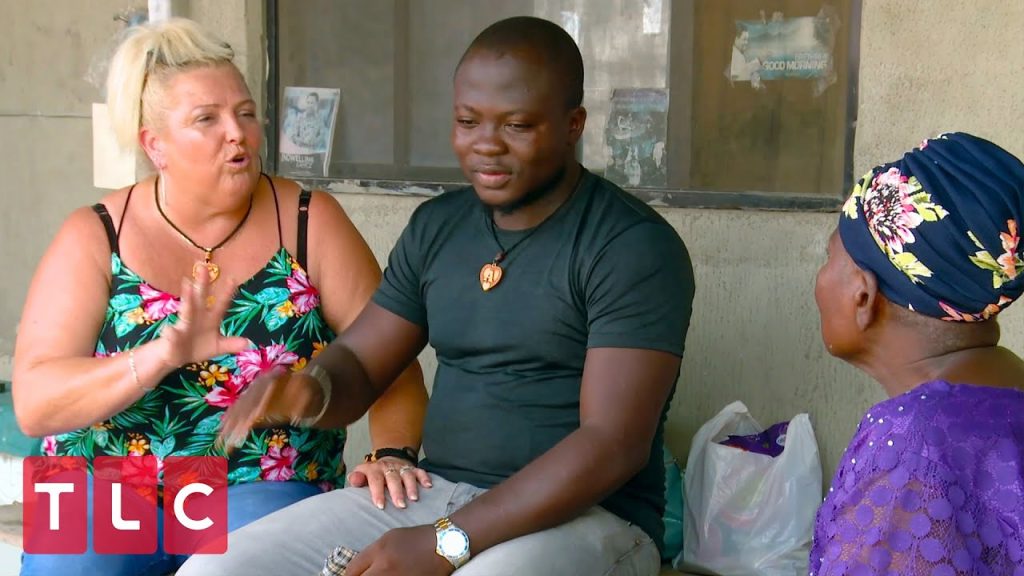 90 Day Fiance alum Angela Deem’s recent tease will finally clarify whether or not the couple is together. This is because she finally opened up about her relationship with Michael Ilesanmi. On Tuesday night, she went live on TikTok along with Dr. Obeng to flaunt her new look. She looked younger than her age. Well, it seems she is enjoying her freedom to the fullest, especially when Michael isn’t around. Are they planning to stay apart in the future too? Let’s see what Angela has to say about her relationship.

While viewers speculate that Angela and Michael are a done case, Angela dishes out the rumors. She did this by going live with her husband, Michael. Well, the couple tied the knot in 2020. However, the pandemic spoiled everything. This is because Michael didn’t get a visa that practically made it impossible for them to stay together. But, on Tuesday night, she went live with her beloved, teasing they were still together. So, it seems she’s getting ready to return on 90 Day Fiance: Happily Ever After.

Although the couple isn’t together physically yet, we can see their love for each other in the short video. As we can see in the clip, Angela seductively dances to flaunt her new slimmer self on “Killing Me Softly” by Adina Thembi. Kikiandkibbitz shared a recording for her live session. Meanwhile, Michael joined her from Nigeria. Though the two look like happy love birds, happiness never lasts long. Fans can see that in Angela’s case. As she captioned “Live your life until he’s here,” that raised plenty of doubts. Is Angela faithful? It’s hard to say right now as Michael is also wondering the same.

90 Day Fiance: Are Angela And Michael Together?

Well, Angela and Michael have a history of breakups and patch up. But the recent video has already teased that they are together as both grooves on Adina’s song. However, what grabbed viewers’ attention was her caption and budding friendship with Dr. Obeng. Even Michael doubts whether she’s fateful after learning that Dr. Obeng drove her home after her birthday party in LA. Not only this, Angela appears shamelessly flirting with Dr. Obeng in a video. There she cites that “he (Michael) loves you too,” especially what “you did here,” pointing at her chest.

Well, it apparently raises fans’ concerns too. If you recall, in the recent episode, Angela yelled at Michael for his cold reaction to her surgery. While Michael tried to explain, she repeatedly accused him of his bad behavior. But fans think that Michael is the victim here. Angela clearly told Michael that she was over him. Eventually, when Micheal finally gave up, she started playing the victim card. Although they are together yet, it doesn’t seem it will last, especially when Dr. Obeng is around. What do you think? Tell us in the comments below.