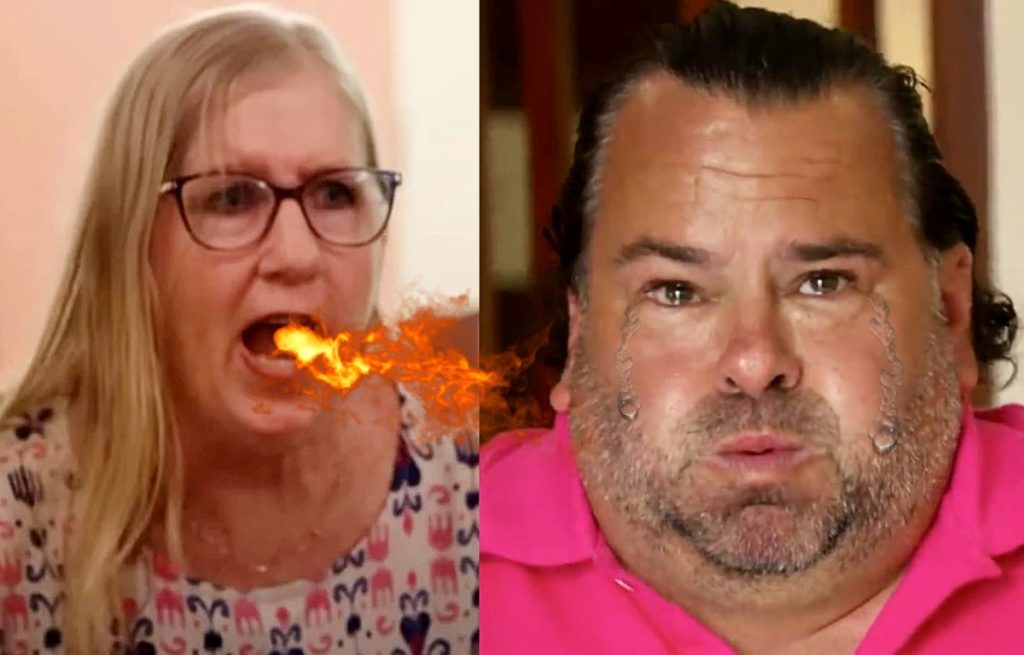 Tell All episodes usually sum up the relationships of the cast members. In the episode, the couple can discuss their issues, and other mates can give their opinion on them. But the recent Tell All was a lightning rod of controversy. It featured almost every 90 Day Fiance star fighting with each other. It started with Angela storming off the set after she had an argument with Yara and Usman Umar. In contrast, the other part had Big Ed and Liz’s breakup. The third part created headlines because of Jenny and Big Ed’s massive fight. Fans never saw Jenny being angry to this extent. But what made her yell? Why she unleashed hell on Ed? We have all the information you might wish to know, so keep on reading.

The 90 Day Fiance Tell All was a complete package of drama and entertainment. Fans saw Bilal and Shaeeda’s relationship progressing while Big Ed and Liz announced their breakup. But things seemed really intense when Ed’s lies were caught, and he asked for his ring back from Liz. All the cast members took Liz’s side and slammed the TLC star for his wrongdoings. Amongst them, the best one was Jenny Slatten. She tried to tolerate it, but as soon as she lost her calm, she spoke her heart out.

On the set, Ed was trying to defend himself by disguising everyone on the show. He even tried to demean other mates to cover up his wrongdoings. But Jenny couldn’t tolerate this and yelled at Ed for disrespecting and insulting everyone on the show. When the 90 Day Fiance celeb tried to make a comeback, Slaton, with an authoritative tone, told him to be quiet now. No one expected this from Jenny because none of them ever saw her this angry!

Well, the tale doesn’t end here! Big Ed and Jenny again butted heads on the set. In a clip released by TLC on Instagram, all the cast mates were waiting for the shoot to start while Slaton and Ed again got into an argument. It began when the latter complained that Liz doesn’t even hear him out, which is why he cannot converse with her. Jenny chimed in and added that she was hurt right now that’s why she is behaving like that. She further said that Ed and Liz’s relationship is weird and doesn’t make any sense to her!

90 Day Fiance: Big Ed Feels Jenny Was Being Rude To Him

The 90 Day Fiance star Big Ed, never accepts his mistakes. He was again putting all the blame on Liz while Jenny tried to defend her. Ed asked her not to take Liz’s side. Slatten didn’t consider his plea and slammed the star, saying that his relationship was really weird and didn’t make any sense to her. This instigated Ed, who also commented on the same. He claimed that her relationship with Sumit didn’t make sense to him. Ed further warns Jenny not to belittle him or his relationship.

That was the moment when Jovi chimed in and took Jenny’s side. He simply asked Ed to talk politely with her as she didn’t say anything wrong. However, till then, Slatten had already lost her calm while Ed was still trying to blame her for being rude. She stood up, made a comment related to where the production had found “this guy,” and left the room. When Big Ed further tried to say something about India, Slatten didn’t leave him and slammed him by saying that Indians would never give a visa to him! Keep coming back to TV Season & Spoilers for all the latest 90 Day Fiance tea.