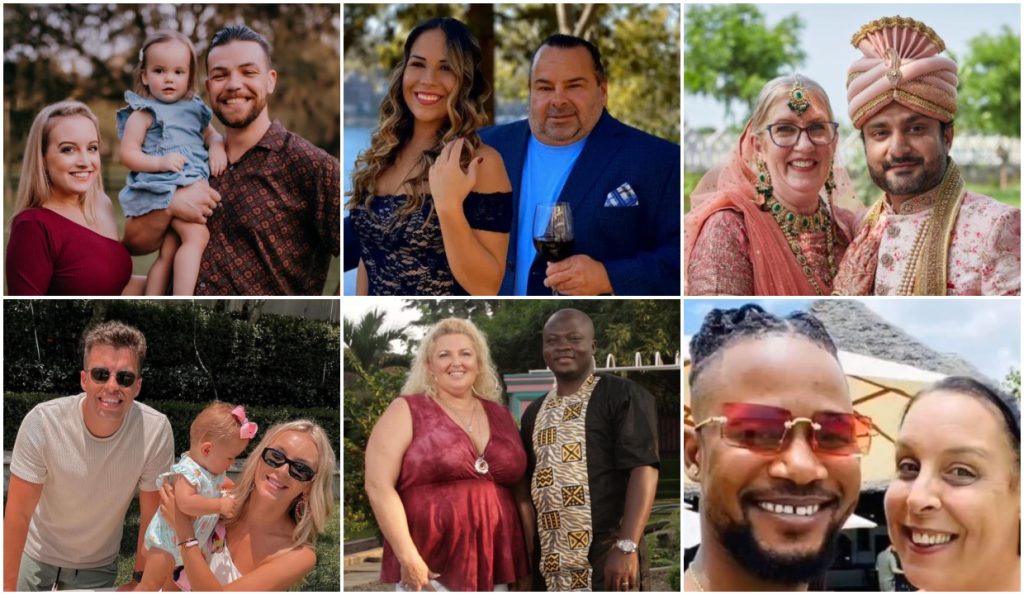 TLC: THE CAST OF 90 DAY FIANCE HAPPILY EVER AFTER SEASON 7
90 Day Fiance

90 Day Fiance: Tell All Trailer Out! Big Ed Fights With Jenny, Andrei & Angela Have A Drink & So Much More

The latest 90 Day Fiance: Happily Ever After season featured a lot of old and new castmates. Old couples like Yara and Jovi, Michael and Angela, and Elizabeth and Andrei came back to depict their marital lives. The show also welcomed new duos like Kim, Usman and Sumit, Jenny and Big Ed, Liz and Bilal and Shaeeda. Hence, everyone had been looking forward to the Tell All as all these stars are very different from one another. Fans believe that seeing all their dynamics would make for interesting television. Well, the wait is finally over, as TLC finally released the promo for the upcoming tell-all. With this, the network is also introducing a brand new format and something that has never been done before! Keep reading to know more details about this.

90 Day Fiance: The Longest Tell-All Yet! Lots Of Worlds Collide

The 90 Day Fiance franchise has become very popular since it premiered in 2014. It has a huge fanbase, and viewers like keeping up to date with their favorite castmates. Another interesting part of the show has been the Tell All after the finale. All the castmates gather around and discuss each other’s relationships during this segment. Well, the special episodes for the Happily Ever After spin-off are going to be a treat for the audience. In the reality show’s history, it is going to be the longest Tell All yet, with four parts to it. TLC just released the promo for the same, and fans can’t keep calm. While the network is yet to reveal it on social media, it was Angela Deem that shared the video first. For the first time, the crew members will follow the castmates inside as well as outside the studio.

Big Ed ended up calling the Tell All a “bloodbath” as the castmates get very vicious. Another clip had him fighting with Jenny Slatten. The latter told him to kiss her “a**,’ and told him to shut up, and Ed continued to repeat it back to her. As Libby was pregnant during the filming, she joined the cast from a video call, and so did Usman and Michael. That’s because the latter two are in Nigeria. Well, things got ugly between them as well. The castmate asked the rapper to “respect” his wife. Clearly, Usman was angry at Angela for something, so he refused to do so and responded with a “no”. In the US, Angela ended up mingling with Andrei, and they both high-fived at the idea of getting drinks

90 Day Fiance: Liz & Ed Break Up Again! Angela Gears Up For Another Controversy?

Another 90 Day Fiance promo revealed that Big Ed and his fiancee, Liz, continue to face problems in their relationship. In the clip, he informed host Shaun Robinson that he broke up with her “again”. At this point, the fanbase has stopped keeping track of how many times they have gone on-and-off. That’s not all. Liz began to attack her man in the studio in the video with a drink in her hand. But Big Ed shut her up by asking her why she keeps coming back to him. Andrei Castravet and Jovi Dufren also try to bond, but things go south very quickly. The former tells the latter that he might get deported. Instead of consoling him, the Louisiana native interjected while asking if Andrei ever wondered if he was the problem.

Angela and Kim Menzies also go to dinner with the rest of the castmates. That’s when the blonde woman ended up saying that she “didn’t understand what the f*** was going on”. However, the promo came to an end on a very high note. That’s because Angela Deem gets angry enough to stand up and walk aggressively toward the rest of the cast as they try to calm her down. Many fans are assuming that she might just do something controversial again, like the last Tell All, where she flashed herself. All these glimpses into the special episode have been making everyone very excited. The first part will air on January 1, 2023. Keep coming back to TV Season & Spoilers for the latest 90 Day Fiance updates.