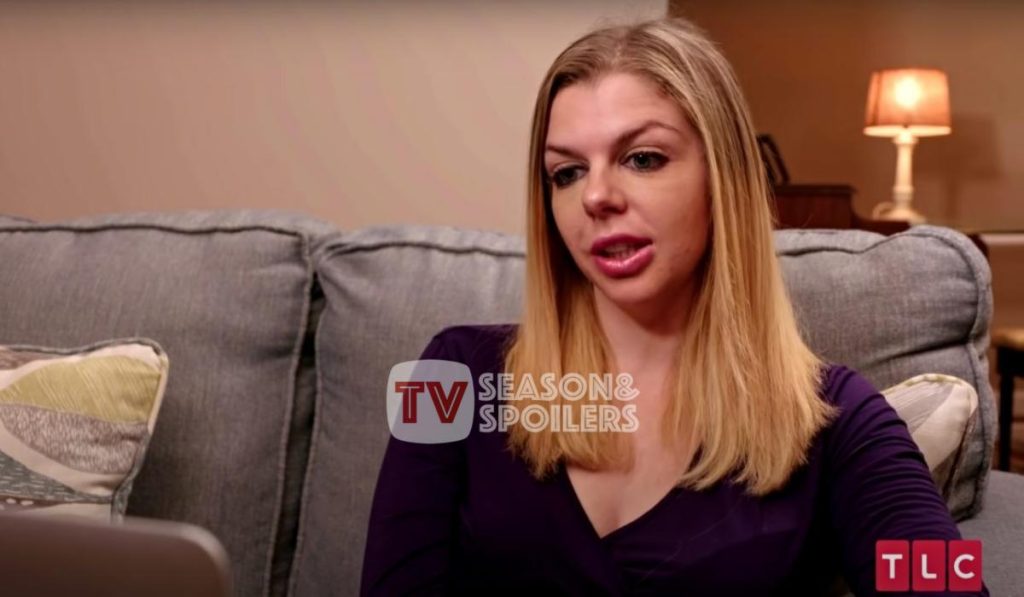 Ariela Weinberg has been a part of the reality TV realm for a long time. In fact, she and her partner Biniyam Shibre made their debut with 90 Day Fiance a few years ago. As the fans have seen the star for a significant period on screen, it is easy for them to spot even minor altercations in them. Hence, some of them took to social media to accuse Ariela of undergoing surgery. Keep reading more for all the latest details!

90 Day Fiance: Ariela Got Surgery? Fans Shun Her For Changing Her Face!

Ariela Weinberg became part of 90 Day Fiance as Binyam’s girlfriend. Later on, she gave birth to their son Avi and fans got to see her become a mother. Now the couple will soon join the original franchise to showcase more of their life. Apparently, a new promo for the same came out. That’s when viewers observed that there was something different about the star. TV Season & Spoilers reports that they took to the comments section to state she looked different.

It turns out a lot of fans began speculating whether Ariela got plastic surgery. That’s when other people from the fanbase pointed out that the celebrity had opened up about getting botox and fillers. However, she has done so due to her face’s medical condition. It turns out that the TV star has trouble chewing and has a crooked smile. Due to this, it is quite necessary for her to get these injections.

However, Weinberg has denied getting plastic surgery multiple times on her platform. As a result, there is no confirmation whether her new look was because she altered her face due to an operation or not. Despite this, they remain excited to see the couple in 90 Day Fiance Season 9 soon. Whatever may be the case, fans are hopeful that she will talk about it on her social media soon.

Fans feel Ariela has been hiding a lot of things from her fans. It all happened when they got to see her birthday post for her partner, Biniyam. In fact, they found it very off-putting and suspected they would end things or have ended things. Apparently, the Ameican woman talked of how great a father the Ethiopian man is. Later on, she also stated he does his best to make everyone around him happy.

At last, she concluded the post by saying a lot of people love him. As she made this post public, viewers began to bombard the comments section. Moreover, they enquired why the young mother didn’t address her own feelings towards her beau. That’s when their separation rumor started doing rounds on the internet again. However, neither of them has shed light on their relationship status so far. Keep checking TV Season & Spoilers for more 90 Day Fiance news updates.