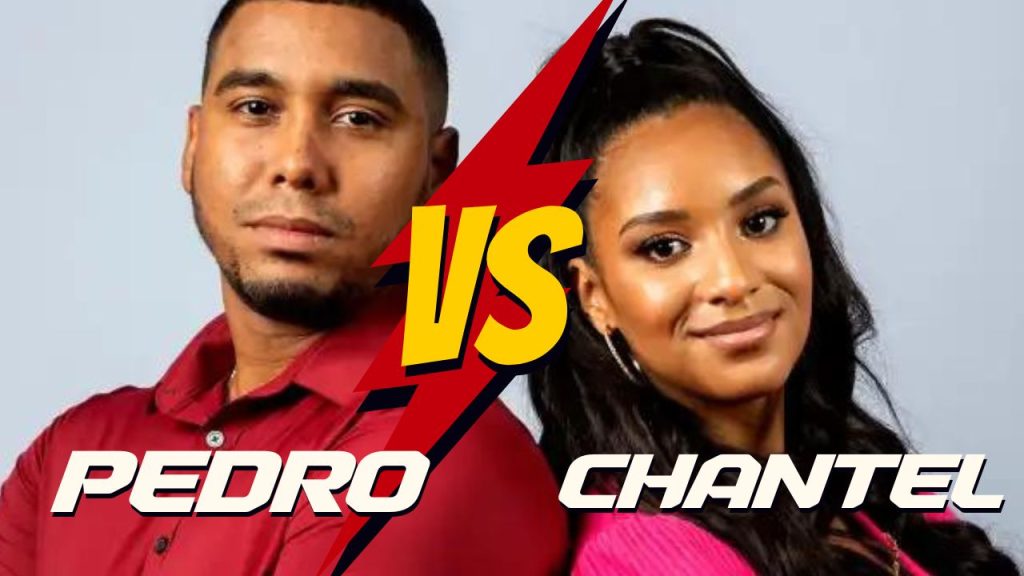 90 Day Fiance: Chantel & Pedro To FIGHT For An Award At ARTAS!

Chantel Everett and Pedro Jimeno were once a sweet couple when they first starred in 90 Day Fiance. The viewers admired their chemistry and family dynamics so much that TLC gave them a show of their own by the name of The Family Chantel. As the spin-off progressed, the couple’s marriage came to an end by the latest season. However, the duo’s TV presence earned them both a nomination at the ARTAS, i.e., American Reality TV Awards. Both of them will be going against each other for the category of Reality Royalty! Keep reading more to know all the details!

90 Day Fiance: Chantel & Pedro Get A Nomination At The ARTAS! Going Against Eachother?

Looks like Chantel and Pedro will be feuding in the court as well as the ARTAS, i.e., American Reality TV Awards. Both of them have been a part of the reality TV world for a long time. During this time, they have headlined not one but two successful reality shows, 90 Day Fiance and The Family Chantel. However, things changed in the latest season of the latter show as the couple filed for a divorce from one another. It was a roller coaster ride for the both of them as they figured out what was best for them and their relationship while dealing with lots of negativity.

Despite their legal separation, the 90 Day Fiance viewers loved the latest season. That’s because it had a lot of drama. Hence, both Chantel and Pedro have a nomination for the 9th annual American Reality TV Awards. In fact, both of them will be going against each other in the “Reality Royalty” category. So far, the former couple has not yet shared how they feel about competing with each other. Yet everyone is excited to see how this will go down and who will get to take home the awards. Apart from them, other reality show stars like Darcey and Stacey Silva, as well as Colt Johnson, have the nomination in the same category.

90 Day Fiance: Is Pedro Getting Fired From The Family Chantel?

Chantel and Pedro’s relationship came crashing down in the latest season of The Family Chantel. They had problems with one another for a long time related to household chores and dividing their time. Alas, they couldn’t make it work and filed for a divorce. The proceedings of the same are yet to take place. Apart from focusing on the 90 Day Fiance couple’s relationship, the show also sheds light on Chantel’s family. Now that her relationship with Pedro Jimeno is over, many fans doubt if he will feature in the upcoming seasons.

However, neither Chantel nor Pedro nor the TV network has shed light on this matter. However, many fans have started to dislike the Dominican Republic man after how he treated his wife on the show. Hence, they don’t want to see the castmate and his side of the family on the reality show anymore. Well, it is too soon to tell what will happen in the upcoming seasons. That’s because there is no news about the renewal yet. So, fans will have to wait a little bit more to know what happens next in The Family Chantel. Until then, keep coming back to TV Season & Spoilers