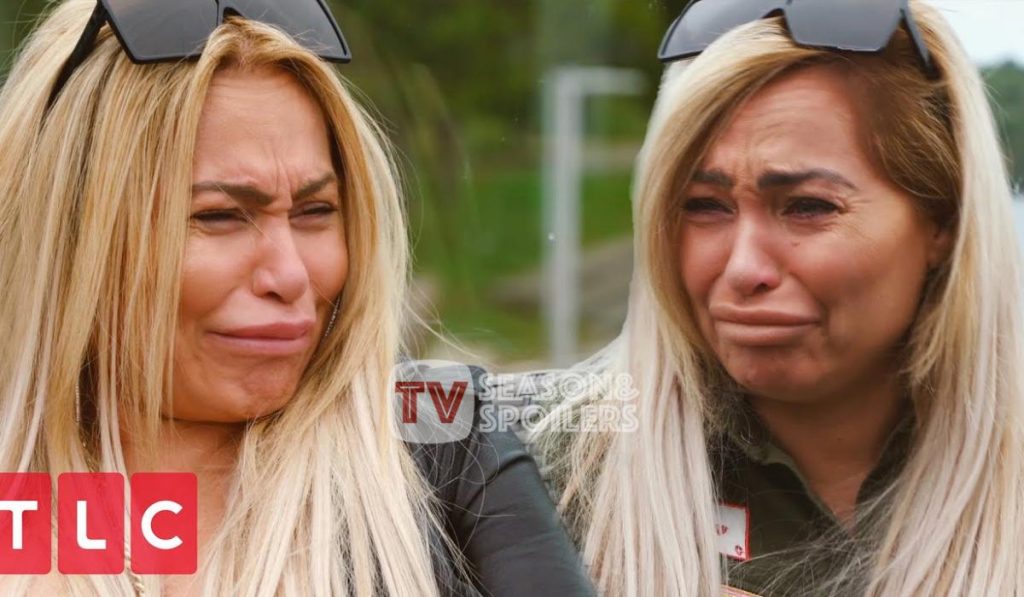 Darcey and Stacey are one of the most popular cast members of the 90 Day Fiance franchise. In fact, viewers loved both the twins so much that TLC quickly acted on it. As a result, the sisters now have a show of their own on the network, capturing their daily lives. More than their love life, their constant transformation with the help of surgeries, remain the talk of the town. Lately, both of them attempted something risky with their face again. So, what is it? Keep reading to find out more details on this.

After she tried finding love through 90 Day Fiance, Darcey Silva became a TV sensation. While documenting her journey with Jesse Meester, fans took a keen interest in her life. Moreover, she took them by surprise by revealing she also has a twin sister, Stacey. Hence, both of them came into the limelight even if her relationship with the man didn’t work out. Now both of them are recurring cast members of ‘Darcey & Stacey’. Additonally, their reality show also depicts the sisters going through multiple surgeries to keep themselves radiant and young.

TV Season & Spoilers highlights that the siblings’ new post on Instagram got a lot of attention. It turns out both of them underwent fox eye surgery. It looks like a Turkish doctor, i.e., Kerim Ünal, did this procedure. Apparently, it is done around the eyes, changing their shape and making them “elongated”. TheSun revealed the screenshot. Hence, viewers were surprised to see how the sisters continue to get work done on themselves and haven’t had enough. People keep telling the twins that it is quite risky to go through so many procedures. Yet, they refuse to react.

A lot of 90 Day Fiance fans take to the internet to often discuss how different the Silva sisters were during their debut. However, they are extremely unrecognizable after altering their entire body and face a lot of times. In fact, the twin celebrities have had fat removal, cheek and boob lifts, liposuction, and more such things done to themselves. Furthermore, they flaunt these transformations and procedures with their followers on Instagram. More so, they also describe themselves with a phrase known as “snatched”.

However, the viewers haven’t been too kind to the reality TV stars. As a result, they constantly troll them for deforming their faces. A lot of comments on their account are quite vile. Additionally, an account also stated that fans should book their “Cameo” for Halloween if they really want to scare their kids. However, neither of them indulges in the hate and ignores it most times. Apparently, Stacey has made her account private so that trollers don’t bother her. Keep checking TV Season & Spoilers for more such 90 Day Fiance news.