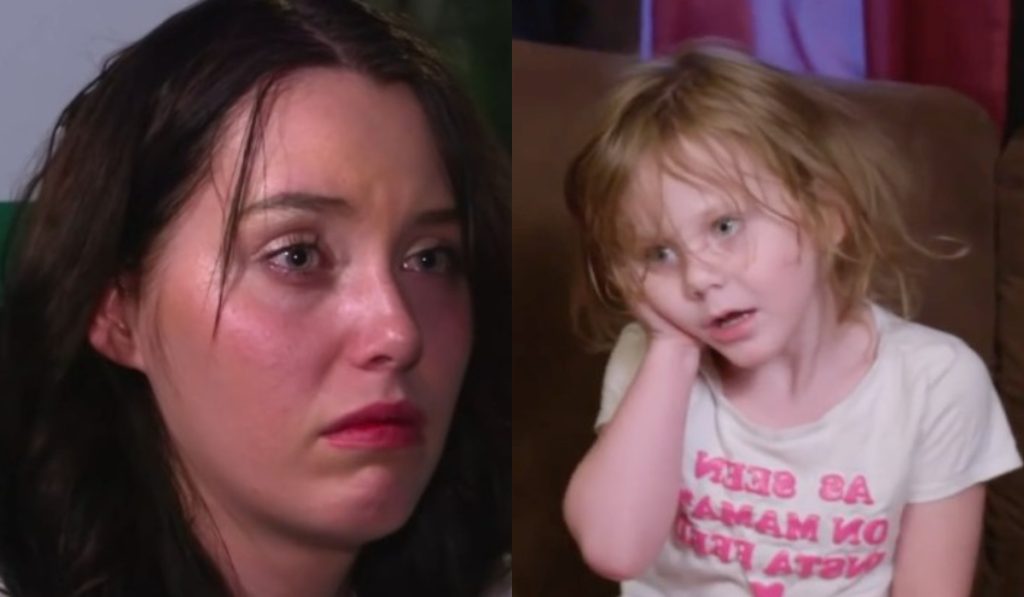 Deavan Clegg has been a noted celebrity from 90 Day Fiance. She became a cast member after going to Korea to be with her partner, Jihoon Lee, in The Other Way. Alas, their relationship was quite problematic by the end, and they ended things despite having a child together. Apart from the former couple’s son Taeyang, Deavan has two other kids. One of them is 7-year-old Drascilla and the newborn baby with her current partner Topher Park. Lately, Clegg’s family has been going through a very tough time since Taeyang’s cancer diagnosis. Amidst all this, she shared another shocking update about her little girl falling prey to excessive trolling and spamming. Keep reading to know more details about this.

Deavan Clegg has been in the limelight a lot since the last year. Well, the 90 Day Fiance celebrity has been going through a very rough phase in her life. She earlier got candid about her son Taeyang’s cancer diagnosis and how he has Leukemia. So, the castmate began a Go Fund Me page to support his treatment and medical bills. Moreover, Deavan took to her social media once again to make another shocking announcement. It turns out that someone got hold of her daughter’s number and began sending a lot of horrible messages through it to different people. In return, these people started sharing “fake ads” with her father’s name. Therefore, Drascilla started to face a lot of spam and trolling.

While Deavan begged these individuals to “stop” and to leave her family alone, they aren’t willing to listen. Moreover, these anonymous people are now encouraging more and more people to “harass” them. So, the 90 Day Fiance castmate made the post to tell the followers that they haven’t been sending anyone messages. So, the ones who are getting them should ignore them. However, the fanbase didn’t understand how someone “copied” Deavan’s daughter’s number. They weren’t able to make sense of the matter on Reddit. These commenters slammed Deavan further for being in the middle of the drama always. The young mother instantly took down the post after seeing such negative responses.

While Deavan’s entire family has been going through a lot of unfortunate things, she makes sure to provide updates about her middle child, Taeyang, battling cancer. However, he is not the only sibling facing such an unfortunate diagnosis. Last year, the noted 90 Day Fiance celeb made another post. It was about her eldest daughter Drascilla. Unfortunately, the young girl suffers from Bell’s Palsy. Deavan made a post about the same, saying that the family was “working hard” with the little girl. In fact, Drascilla has started to improve day by day with “new exercises”. The family was hoping for a full recovery, and Deavan thanked the fans for their wishes and messages online.

As per mayoclicnic, Bell’s Palsy is a condition that is caused by one side of the face getting weak. Apparently, it is temporary and improves over weeks. Since Deavan’s announcement, she has not yet given any more updates about her little one. Despite this, the fans have hoped Drascilla has been keeping well. As of now, Deavan has too much on her plate, from her son’s cancer diagnosis to dealing with the trolls leaking her daughter’s number. Do you agree with the other fans about Deavan always being in the middle of drama? Tell us in the comments below. Keep coming back to TV Season & Spoilers for all the latest 90 Day Fiance updates.