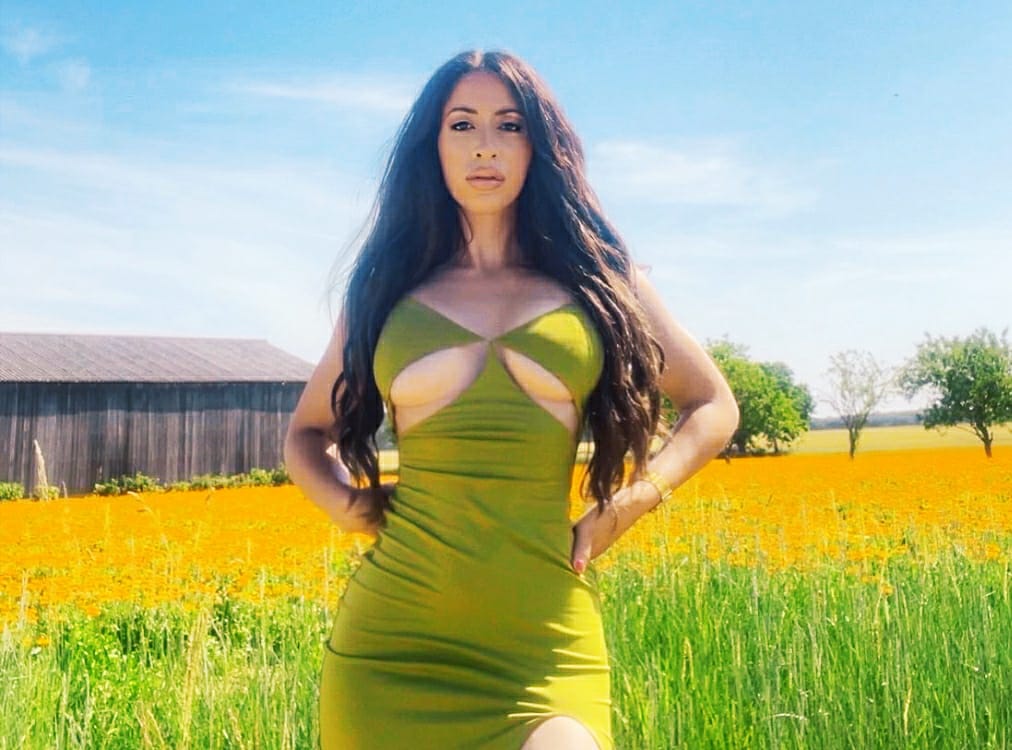 Amira Lollysa appeared on TLC’s popular reality series 90 Day Fiance, alongside her ex-love interest Andrew Kenton. After her television appearance, the French-Egyptian beauty gained a lot of popularity, and her nasty breakup with her ex-fiance helped it even more. Now, the 29-year-old celebrity is trying to build up her social media presence and is looking absolutely stunning in her recent pictures. However, a lot of fans think that she looks way too thinner these days and claim that she might be starving herself.

On the other hand, recently, some fans have alleged that she might’ve gotten plastic surgery to achieve her new look. Here’s what Amira had to reply to these assumptions.

90 Day Fiance: Fans Think Amira Has Got Plastic Surgery & Is Starving Herself

Amira Lollysa appeared on a recent season of the popular show and has been in the talks ever since. Aside from the tension surrounding her messy break-up with Kenton, the TV star has caught a lot of attention for her latest makeover. Well, as of today, Lollysa looks almost unrecognizable comparing to the look she sported on 90 Day Fiance. Fans think this type of makeover isn’t new as most TLC alums tend to get cosmetic or weight-loss surgery after their television appearance. This is to build up a social media presence, and some of the examples also end up making OnlyFans accounts in the end.

Fans are suspicious that Amira is also heading that way sooner or later. She is already rumored to have had plastic surgery and fillers. Her followers pointed out that she looks way too thin than before and might be starving herself to keep that slim body. On the other hand, they also claim that her lips look absurdly bigger than before. Hence, there are chances that she got lip fillers or multiple procedures done on her lips. On top of that, in her most recent picture, Lollysa seems to have a bigger chest, which makes fans wonder if she’s also got a boob job.

While people were already making these claims on some of her previous pictures, the most recent one fueled them even more. This is because Amira’s body looks significantly different than before. Hence, as the speculations of Plastic surgery increased, Amira decided to address them. The TV star posted a story on her Instagram and said, “I did not get any boobjob.” Lollysa claims that she has nothing to hide. Furthermore, she added, “Women are beautiful. With or without plastic surgery.”

Well, even though the 90 Day Fiance star claims that she’s telling the truth, her fans barely believe her. A lot of people called her out of lying and still think that she’s had some procedures done. Besides, some fans even suggested her to “Admit it” as there is no shame to admit. In fact, a lot of them even encouraged her to speak the actual truth as the changes in her body seem mostly unnatural. Well, we might have to wait for that to happen. What’s your take on this situation? Do you think Amira has had plastic surgery? Let’s have a chat on this topic in the comment section below. Also, check out other news updates on some of your favorite TLC stars on TV Season Spoilers.