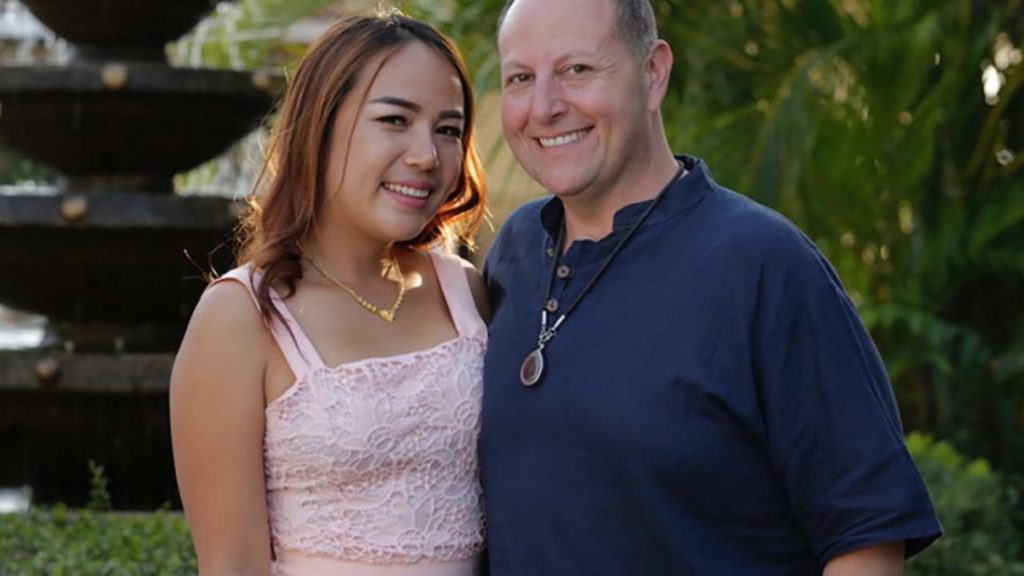 David Toborowsky’s wife Annie Suwan recently threw some major shade at the new arrival of 90 Day Fiancé Andrew Kenton. This action came after Andrew threatened her husband online. This threat came not just once but twice. David and Annie are one of the most loved couples of 90 Day Fiancé. The two first appeared on the fifth season of the hit TLC show. Since then, the two have been making the news for all the right reasons.

David and Annie have been in love ever since they met and got engaged on the show. Their fans and followers love to watch their daily chores online. But this time, it looks like the couple might have gotten themselves into a small but apparent online drama. When a certain man Andrew Kenton decided to threaten David for supporting Amira Lollysa, Annie couldn’t resist but say a few words.

90 Day Fiancé: How David Decided To React To All The Drama?

The couple usually posts lovely pictures on their social media. That’s the reason why this particular post caught many fans’ attention. In the photo, Annie is seen wearing a black-colored fishnet stocking and her legs are lifted against David. In the caption, she wrote that her man gives her everything she wants. This post was very unlike the couple’s taste and caught many fans by surprise. So, it is apparent that the couple is still madly in love with each other after three years of marriage.

Annie found the perfect opportunity to bash the gentleman for threatening her beloved husband. So, David decided to post a lovely picture of his life on Instagram. In the caption, he wrote, “What a past few days on social media, this is why I wake up every day so happy and blessed.” David expressed his love towards Annie and said that he was grateful to have such an understanding and non-judgemental wife. He added that”She is my Queen, and I love her.”

To her surprise, she was delighted to see her post on David’s Instagram. She then decided to call out Andrew’s behavior through this post. The 90 Day Fiancé star wrote that she knows her husband would be the first to rescue her if she ever got into any trouble. She added, “and not just eating D*mn stakes, not even cut it on the bias at hotel in Mexico.” This comment was clearly aiming at Andrew. It was Andrew who did nothing to rescue Amira when she got detained at the Mexican airports for two days.

Fans all over her social media are loving this savage reply to Andrew. They found her pretty reply and sharp take at the whole Andrew-Amira situation. Her response has surely made her fans love her even more. One fan went on to say that she has always been a comedian. One follower commented “love you Annie”. The comment section was full of love you messages over picture.

Some fans even found out a Darcey Silva’s reference in her comment. Darcey, a 90 Day Fiancé alum, once yelled at her then-boyfriend Jesse Meester on how to cut a steak. Her words were, “you gotta cut it on a bias babe,”. Fans quickly started comparing the two ladies. Similar or not, the two have never been away from being savage ladies.

What are your thoughts about Annie’s response? Let us know in the comment section..