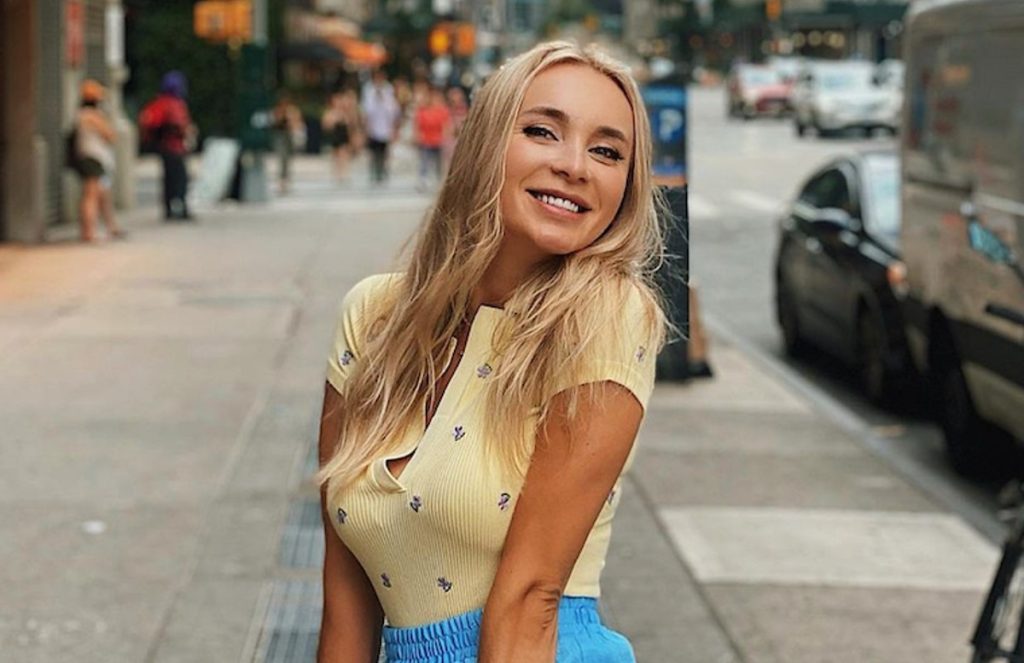 Yara Zaya has been in the spotlight as she always looked flawless in 90 Day Fiance alongside her husband, Jovi Dufren. At first, the fans couldn’t get enough of her storyline as she and her partner seemed perfect for each other. But now their family has grown after they married and welcomed a daughter named Mylah. Yet, Yara looks magnificent, and people often adore her and ask her about the secrets behind her stunning looks. However, after getting pregnant, people wanted to know if she had done something to maintain her body figure or if it was natural. The celeb replied to one of the comments. Tune in to know what is secret of her toned body.

90 Day Fiance: Yara Flaunts Her Toned Body, Is It Natural, Or Because Of A Tummy Tuck?

Yara Zaya, the 27-year-old reality star, loves experimenting with her looks to stay glamorous. She has been open with her fans about the plastic surgeries to maintain her appearance. Yara accepted that she had rhinoplasty surgery to give her nose a better shape. Besides that, the celebrity has also undergone various cosmetic procedures to get a new and better look, including new breasts. In fact, she asked the famous doctor who also performed weight loss surgery on Angela Deem to perform surgery on her. Thus fans were curious whether she had post-pregnancy surgery. At the same time, Yara has revealed the secret to her slim figure through her Insta handle. She is active on the platform and shares a lot about her personal life.

Recently, Yara answered in a Q&A session with her fans. They asked if she had a ” tummy tuck surgery after pregnancy”. Replying to that, Yara responded, “No.” She revealed her fitness journey during her pregnancy by stating that she ran every day and later went to the gym. The 90 Day Fiance star even used to ride bicycles during her pregnancy. Thus, Yara didn’t gain as much fat as she should have during that phase. Well, she shares a lot with her fans regarding her lifestyle change and diets. After welcoming a new member surely, Zaya’s life began a new chapter. Recently she posted a photo of herself with her baby mentioning that she has a travel buddy forever with her now. Also, the celeb mom shared her nutrition and diet plans with her fans. Fitness means a lot to Yara, and it is evident through her social handles.

90 Day Fiance: Yara Shares Her Transformed Look But Fans Call Her Old After Watching It

Yara and Jovi have been married for a long time and have an adorable daughter named Mylah. Fans of 90 Day Fiance take a keen interest in her as she flaunts her flaunts their opulent and elite lifestyle on social media. Zaya loves transformations, and she has been open about it with her fans. Her appearance had changed since the time she appeared to be on reality TV. Fans thought Yara underwent a new surgery

on her face. It was seen in her recent Instagram selfie that she put up. Despite the fact that the fans like her personality, they have been critical of her appearance.

Yara, it turns out, was also sporting long blonde hair. The 90 Day Fiance fans took to Reddit to discuss Yara’s appearance in greater detail. Her eyes and nose appeared to be significantly different. TV Season & Spoilers displayed images from her time on TV alongside her most recent selfie for a better comparison. Several fans believed and complained that she looked older after her surgeries. As a result, they were dissatisfied with the recent change. Keep coming back for all the latest reality TV updates.