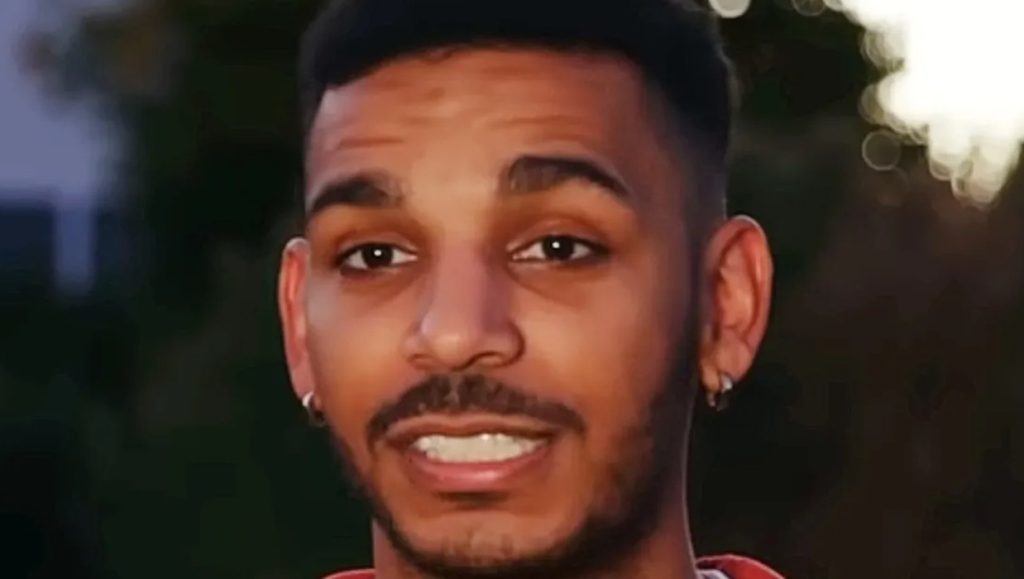 90 Day Fiance: Fans Furious As Jamal Found On Dating Apps While In Relationship With Veronica!

The hot new couple of 90 Day Fiance, Jamal and Veronica, have been an eyebrow-raiser for the fanbase. Apparently, this pair came out of nowhere and utterly shocked everyone. Though Jamal has never been cast in the franchise, he has been one of the audience’s favorites. Fans love him for his calmness and level-headedness he possesses. However, it seems that his image is getting badly hit because fans undercovered his dating profile recently. It clearly indicates that the celeb is still open to new options in his life. We have all the information you might wish to know, so keep on reading.

Nothing can pass unnoticed by the eagle-eyed fans of 90 Day Fiance. The world is still recovering from the shock that Jamal and Veronica are dating each other. However, the duo has made it clear in the Tell-All itself that they aren’t in a serious relationship. Hence they both are open to seeing other potential partners as well. Evidently, Veronica revealed that she is too lazy to hunt a new partner, whereas Jamal seemed sure about seeing other girls as well. Initially, the audience thinks that they aren’t serious about having an open relationship, but it appears that the San Diego native stands by his words.

Recently, a fan found Jamal’s profile on a dating site and posted it on Reddit. Just after a few days, he confessed that he was with Veronica these days. Apparently, the profile had a picture of the star, and the credentials matched those of Jamal’s like he worked as a legal assistant in San Diego and attended Virginia Commonwealth University. Though 90 Day Fiance fans knew that the duo was in an open relationship yet, they felt disappointed. However, it seems that the audience doesn’t think the couple is a perfect match. Not only this, but it seems that the celeb is really chilled about the backlashes he is receiving. As recently, he took to Instagram and shared a meme on the same.

As per the viewers, they feel that Jamal and Veronica aren’t on the same page in their lives. Apparently, the San Diego native is in his 20s, and most probably, his main concern is to focus on his career. Well, Veronica is in her 40s and has a 16-year-old girl. Hence, the 90 Day Fiance

personality is looking for a potential stepdad for her daughter, which fans feel that Jamal can surely not serve at his age. Not only this, it seems that their relationship won’t last long and will end on bad terms. So, users on Reddit suggested the duo end things asap and saved themselves from the trauma.

90 Day Fiance: Jamal Openly Talked About The Criticism He Received After The Tell All

The 90 Day Fiance star is loved by the audience for his calm mind and collectiveness. Though Jamal has always been a side character and was known because of his mother yet, he has his own persona and stardom now. However, it seems because of Jamal’s relationship with Veronica, he has been receiving backlash from the audience. Hence he decided to address all the accusations and clear them out with his fanbase. Recently, the TLC celeb took to Instagram and shared a video of himself from his Coast to Coast podcast.

In that clip, he mentioned that he has realized that a reality star must not fake things. He should portray his original self to the cameras. He further added that he had a good boy persona previously but has been affected due to some recent events. However, people who actually are his friends know what he is. Not only this, but Jamal also explained how things get different when they come from the lens of cameras and social media. However, fans will always love the star for the way he supports his mother. Keep coming back to TV Season & Spoilers for all the latest 90 Day Fiance tea.