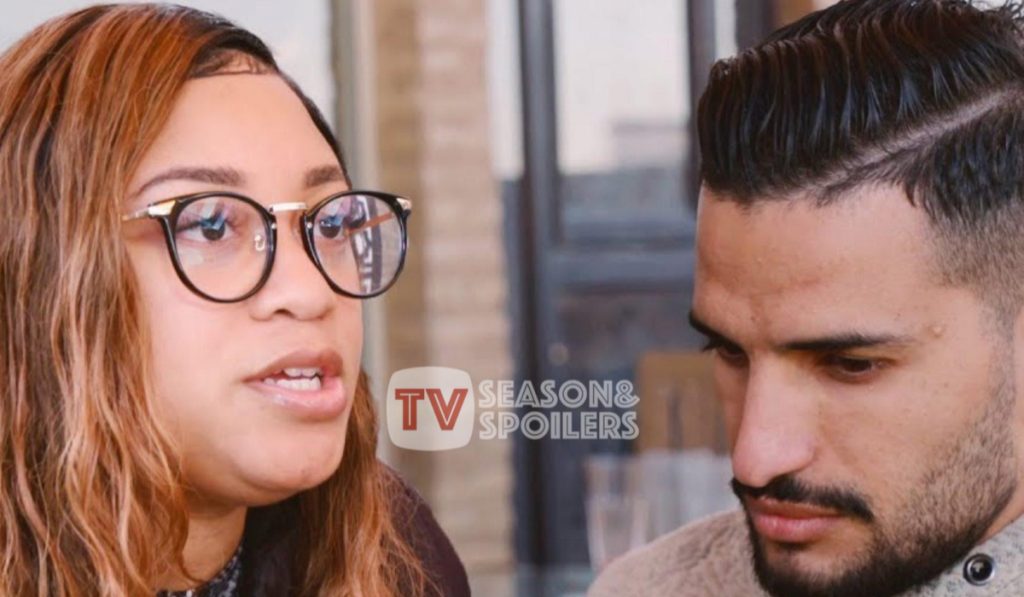 Hamza and Memphis have become one of the most talked-about couples from 90 Day Fiance: Before The 90 Days. When they made their debut, viewers believed their storyline would be like any other couple. However, as the show progressed, things began to intensify. Apparently, they tied the knot and also discovered becoming parents during their honeymoon. However, it hasn’t been smooth sailing for the couple since then. Now, a lot of screenshots have come into the limelight suggesting the duo has a toxic relationship. Keep reading to find out more!

90 Day Fiance: Memphis & Rawia’s Leaked Conversation Reveals That The Couple Has Broken Up?

Since their time on the show came to an end, Hamza and Memphis had been posting mysterious posts on Instagram. Apparently, the social media posts suggested that they had broken up. However, neither of them shed light on it in an upfront manner. Since then, leaked conversations have come into the limelight, revealing that the couple was in a very toxic relationship. In fact, noted Instagram page @truecrime_jankie got a hold of some chats between Memphis and Hamza’s sister Rawia. It seems like the American native complained to her sister-in-law about her husband not enjoying himself in Michigan and wanting to move.

However, the star was adamant that she couldn’t move unless her young son, Bryce, graduated. Hence, the foreigner told his partner that he would move despite her in that case. Moreover, the nurse also caught the man asking their daughter not to love her mother and felt hurt. In fact, there were more screenshots of the couple where Memphis had revealed that she would “divorce him”. Additionally, she accused the Tunisian man of not loving or caring about the kids. More so, the new celebrity felt Hamza was not “attracted” as he spent all his time on the phone and not with her.

Once fans got to see this fiasco, the entire thing looked “one-sided”. Hence, they wish to know Hamza and his sister’s side of things. Moreover, the Tunisian siblings have also uploaded a lot of posts on their social media talking about how the American woman is “lying” while only showing her “good side”. In fact, the 26-year-old stressed that people try to control how others see you once they themselves lose control.

90 Day Fiance: Memphis Says Hamza Is A Scammer? Fooled Her By Doing ‘Bezness’?

Memphis Smith opened up about another shocking allegation about her partner through social media. Apparently, she accused Hamza of doing “Bezness”. It turns out this is a term that came into being in 1992 through a Tunisian film of the same name. It featured a Tunisian escort ready to leave his life behind in his country as a French photographer is willing to sponsor him to Europe. As a result, it is a marriage scam where people convince the victims to get them out of the country in exchange for a better life.

Moreover, another 90 Day Fiance star, Laura Jallali, also talked about this through the comments. In fact, she asked everyone not to blame the women who “buy into this” scam. That’s because it’s like an “occult,” as the scammers put a lot of time into the victims by video calling them twice or thrice in a day. Just like Memphis, Laura was also with a Tunisian partner, i.e., Aladin. Moreover, both these women also met up with one another in Canada and posted pictures of the same on their social media. Despite so many revelations, the audience remains confused. Hence, they keep emphasizing wanting to know Hamza’s side of the story before forming opinions. Keep checking TV Season & Spoilers for more such 90Day Fiance news.