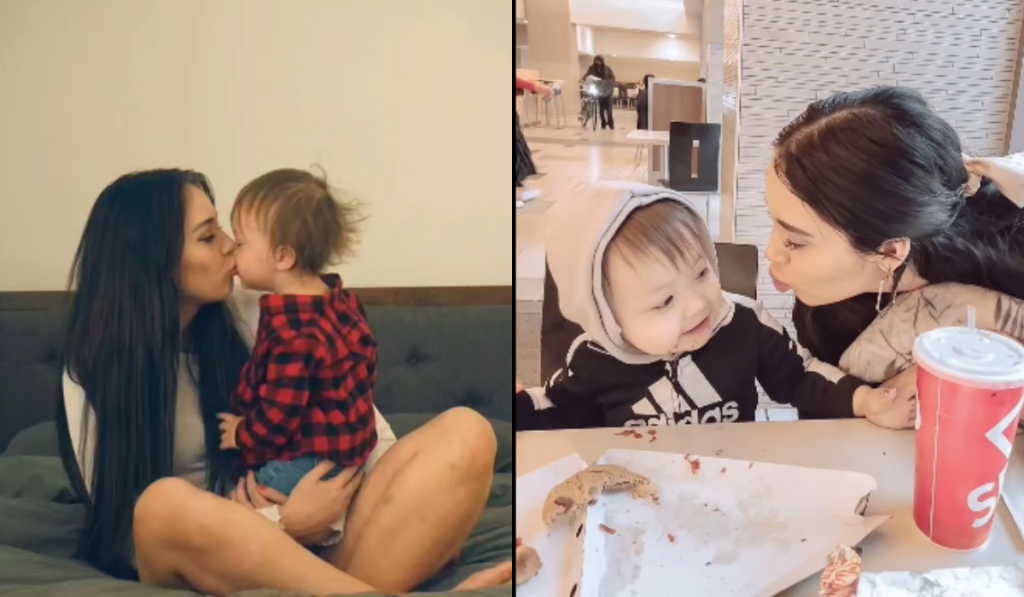 Deavan Clegg is going through a mother’s worst nightmare. After she told her followers about the chilling news of her divorce, she shared another tragic story. Her son, Taeyang, was diagonised with cancer. The news has shaken the 90 Day Fiance viewers, who wonder how Clegg will handle the stress. In addition, Taeyang has to go through many procedures. Amid that, the mother explained how she would manage her son’s schooling. So, tune in with us to find out.

Deavan Clegg would have never thought that she would see this day. Her only child, Taeyang, is suffering from childhood cancer and b-cell acute lymphoblastic leukemia. The news also shattered the fans and extended their support to the little one. In addition, the 90 Day Fiance celeb organized a fundraiser to get financial assistance from people. Now, as the young mother prepares for her son’s future, a fan asked her questions about that. The viewer asked Deavan about her child’s future and how she will deal with it. Then, Deavan revealed that her son would undergo chemotherapy for two years. And until then, she will homeschool him.

That’s because the TLC personality knows that her son cannot attend school due to his therapy. However, if the treatment goes well, then Taeyang can attend kindergarten. The mother also revealed that there are chances that Taeyang could hit a high fever. Hence, the mother has decided that it would be better for her son to get homeschooled. Meanwhile, the 90 Day Fiance fans hope the child will be better once he starts getting therapy. However, one of the viewers noted things might be rough even after the surgery. The other fans believe that Deavan has taken the best step.

Taeyang’s cancer treatment has started, and the little one is courageously fighting. And last month, the mother shared a wonderful post stating that her son is the bravest. The three-year-old, shocking, endured the painful process and managed to put on a smile. Moreover, Deavan is trying her best to give a better life to her son. However, there are times when the mother feels disheartened and sad. Besides, she has been feeling very vulnerable and claims that this is her “saddest” time.

Apart from this, the 90 Day Fiance celeb also sells shirts to support her little angel and has a PO Box opened if people want to reach out and help with other essentials. Nevertheless, the audience appreciates the young mother’s efforts and even Taeyang for being such a brave heart at this age. How do you feel about it? Tell us in the comments below. And stay tuned to TV Season & Spoilers for the latest updates on reality TV shows.