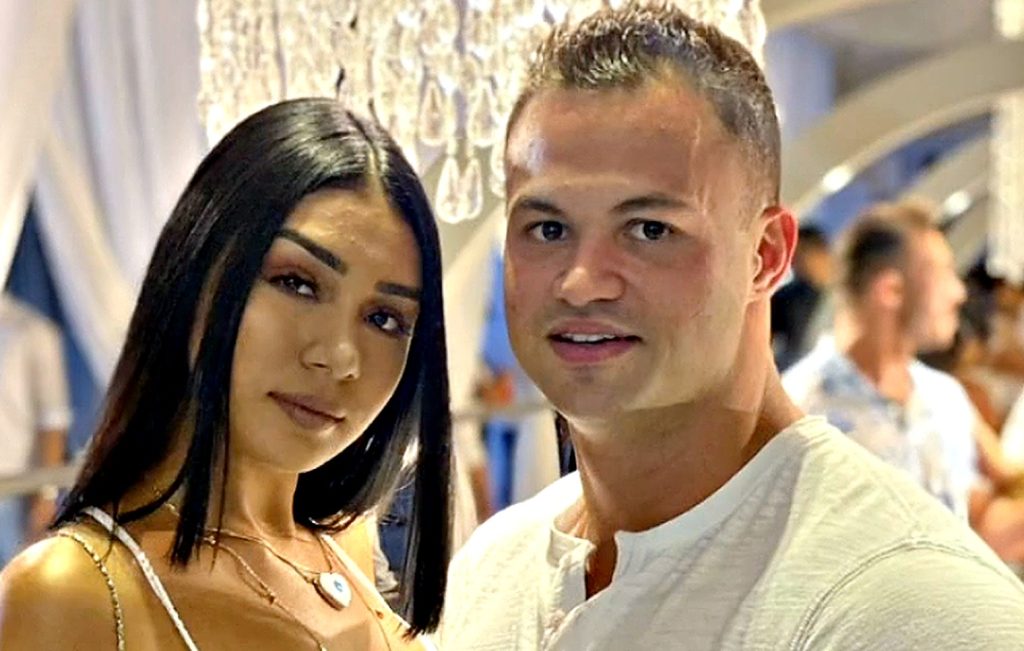 Patrick and Thais had a rollercoaster of a ride in 90 Day Fiance Season 9. They are the newest couple to join the franchise. Despite the language barrier, their family’s disapproval, and Patrick’s cheating history, the couple tied the knot by the finale. They also announced their pregnancy during the Tell All episode and were expecting a new member to add to their family since then. It turns out that the special day finally came, and Thais gave birth to a beautiful baby girl. Keep reading to know more details about this.

Patrick and Thais had made several posts about their pregnancy on social media. Before the big reveal, the 90 Day Fiance fans had already speculated about Thais’ pregnancy as she would cover her belly a lot in many Instagram posts. Their journey toward parenthood hasn’t been easy. Well, earlier, Patrick and Thais didn’t think they can have kids. More on this later. As mentioned above, they made the news public during the Tell All episode. It turns out that they have finally become parents now. As per TLC’s official website, they had their baby girl on November 15, 2022. Her name is Aleesi Ramone Mendes. Moreover, her weight was 6 lbs and 4 oz, and she was 18 inches in height at the time of birth.

Patrick and Thais are “overwhelmed in love” with the arrival of their little angel. The duo had already made a gender reveal video and knew they would be having a baby girl. As they have become parents for the first time, the 90 Day Fiance stars were earlier “nervous” about going into delivery. However, their baby is “healthy” and “perfect” in every way. Hence, they feel very blessed to have achieved this milestone. They also didn’t shy away from sharing the first pictures of baby Aleesi on social media. Many 90 Day Fiance stars and their supporters poured in their wishes through the comments section.

Thais and Patrick had been together for 2 years before their 90 Day Fiance journey began. At last, it was time for the Brazilian woman to move in with her boyfriend. Viewers got a closer look into their relationship through the reality show. The couple had discussed Patrick’s inability to have kids a year

into dating. That’s because he consumed “performance-enhancing” drugs when he was a weight-lifter. Patrick was of the view that his sperm count had reduced to “zero”. At last, they didn’t give up hope.

Hence, they sought help from a fertility clinic that specialized in helping the couple who have had a similar past to Patrick’s. The ones who took “steriods” and other “performance intensifying” drugs for a better physique. After she got pregnant, the star took as many as six pregnancy tests before revealing the news to her husband. Thais also promoted the place through her social media after her pregnancy. The couple has been quite lucky to have achieved this milestone. Stay tuned to TV Season & Spoilers for all latest updates.