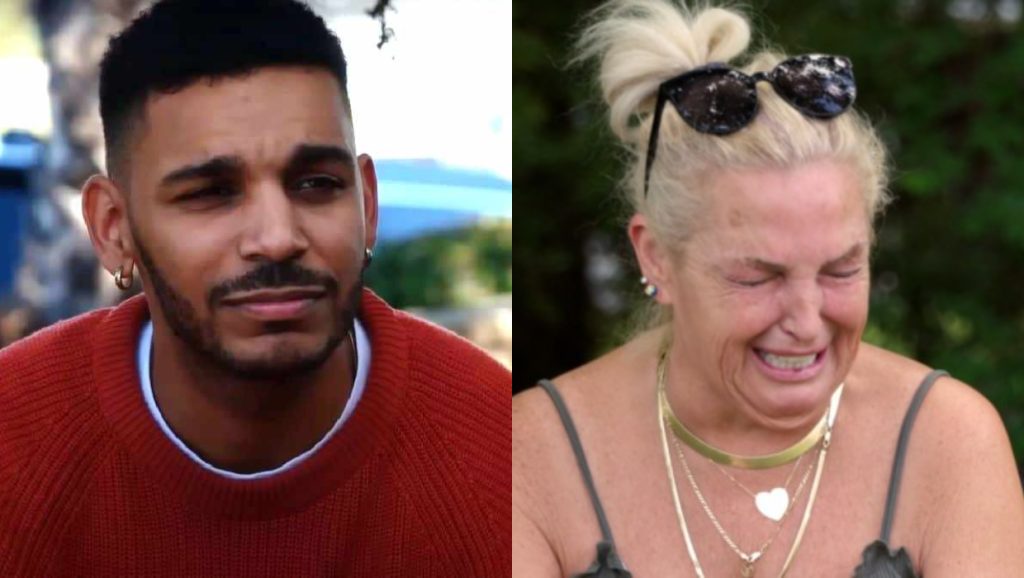 90 Day Fiance: Jamal Reveals Angela’s TRUTH! How Is She Off-Camera??

Kim Menzies first became part of 90 Day Fiance through the spin-off Before The 90 Days last year. She starred in the show with the alum Usman Sojaboy Umar. Well, their relationship was far from perfect, and they called it quits by the Tell All premiere. During all this, Kim’s son Jamal was also present at the studio to support his mom. The fans admired the star for his honest view regarding how he felt about his mother’s relationship. Later on, he did a ‘Question and Answer’ session with his fans. That’s when someone wanted to know how he felt about the problematic castmate, Angela Deem. So, keep reading to know what he had to say.

Jamal has a huge fan following. That’s because he has always been honest about his opinions regarding his mother, Kim’s turbulent relationship with Usman. So, he gained a lot of fans and followers during the 90 Day Fiance Tell All appearance. He also got to meet all other castmates like Big Ed, Jovi, Andrei, Shaeeda, Yara, and so on. In a recent Instagram Q&A session, a 90 Day Fiance fan wanted to know if he ever spoke to Angela “in person?”. That’s when the supporting castmate stated that he met her during the “Tell All”. He further mentioned that he doesn’t like “gossip” but admitted that Angela was very “real”. The young star then acknowledged that many people don’t admire her. But he “respected her” and considered her “100 percent real”.

Jamal went on to open up about Angela. He stated that many people struggle with finding out the “Truth”. But, the Georgian native is the one to just “give it to them”. Moreover, Kim’s son also tagged the said co-castmate on his Instagram story with some emojis. The 90 Day Fiance fans were quite surprised at such a reveal. After seeing Angela being so vile on the show for many, many years, they fail to understand how most of the castmates speak so highly of Angela. Lately, Jamal had also been in the limelight for his supposed relationship with another star, Veronica Rodriquez. However, they had not yet labeled their relationship as per their last Tell All.

Jamal Menzies and Veronica Rodriquez ended up being a couple. The 90 Day Fiance viewers found out about it through The Single Life Season 3 Tell All. Alas, most of the castmates didn’t support their relationship, especially Veronica’s best friend, Tim. He stated that she needs to find men who are more her age and not young people like Jamal. The latter specified that both of them were open to the idea of seeing new people. But it turns out that the young castmate was the only one doing this while Veronica didn’t. So, they didn’t have a definite tag in their relationship. However, things are very different now as Jamal finally talked about his alleged partner in his Instagram Q&A session.

A follower told Jamal that he and Veronica looked good together. So, he sincerely thanked the person. Kim’s son, later on, stated that Rodriguez “is good,” and they were in “high spirits,” and both of them were “doing good.” As he didn’t address where the alleged couple stand in terms of their relationship, many assumed that they called things off. However, they were on good terms, nevertheless, as Jamal even tagged his supposed ex on his profile with the hands making a heart emoji. So far, Veronica has not yet addressed her views on her relationship. Keep coming back to TV Season & Spoilers for all the latest 90 Day Fiance updates.