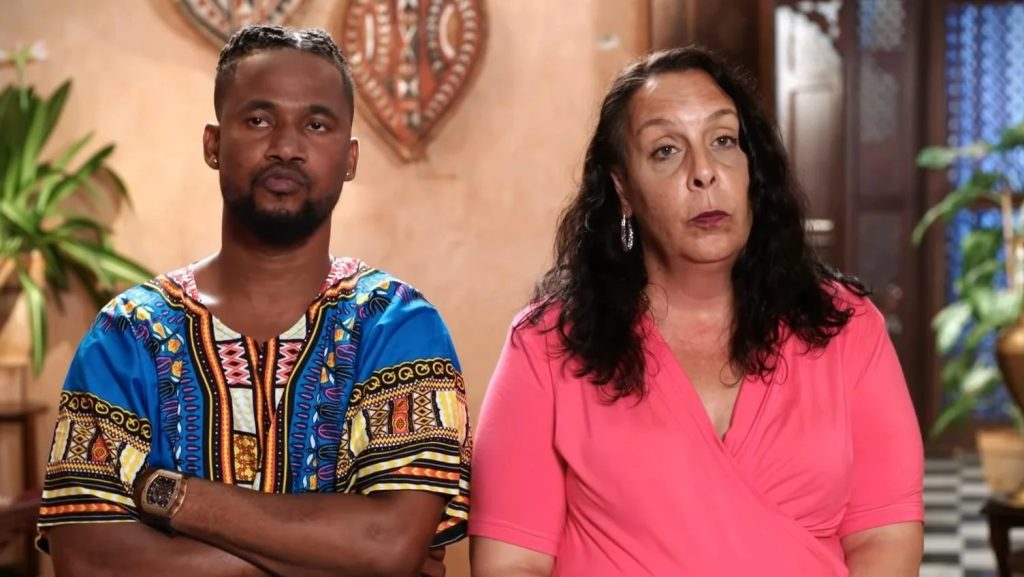 90 Day Fiance: Kimberly Wants Usman To Be In A ‘Friends With Benefits’ Relationship After Getting Dumped!

Usman Umar and Kimberly Menzies have had a rocky relationship in their 90 Day Fiance journey. Apparently, their entire storyline revolved around getting Sojaboy’s mother’s blessing and trying to overcome their cultural gap. However, after many confrontations, they were on the verge of walking down the aisle but ended up their relationship after a vigorous fight. But it seems that they still cannot resist each other. In the recent Tell All, while Jamal was trash-talking Usman, Kim offered a new deal. She said that she is open to being in friends with benefits relationship with her ex. A shocking twist, isn’t it? We have all the information you might wish to know, so keep on reading.

90 Day Fiance: Kim Wants To Be In A ‘Friends With Benefits’ Relationship With Usman

The 90 Day Fiance ex-couple Kim and Usman revealed their breakup during the show’s fourth part of the Tell-All episode. Apparently, the fans witnessed the duo having a terrible fight in which Sojaboy mocked Menzies for her looks. Hence, that was the moment when she decided to walk out of the relationship. But it seems that she still has feelings for her ex and is ready for a new arrangement with him.

In the recent Tell All, Kim’s son Jamal also came to the set to slam the Nigerian native. Apparently, he thinks that Usman used his mom and accused him of loving Menzies because of what she could do for him. Not only this, but he also added that Sojaboy’s intentions were selfish and narcissistic. However, the matriarch couldn’t bear things against her ex and lost her calm. She accepted that for her, Usman is her best friend. The celeb further explained how she still has a soft corner for him and still loves her ex.

In addition to that, Menzies further revealed that she still talks to and texts Usman daily. As per the matriarch, she thinks that the Nigerian native understands her like nobody else. However, she wants him to go and stay happy. Yet, the 90 Day Fiance

star seems to have an alternative master plan for him. Apparently, Kimberly revealed that she is completely fine with being in friends with benefits relationship with Umar. Nevertheless, she told Usman she was good with being like that with him. Thus, fans are eager to see if the celeb would agree to this condition.

While Kim is firm on the conclusion that she never felt that Usman used her even a bit, other cast members, including her own son, have a different perspective regarding the same. Apparently, everyone on the set opined and accused the Nigerian native of being a scammer. Not only this, Angela Deem had a dramatic argument with the 90 Day Fiance star and slammed him amidst the clash for using Kim to gain publicity. In addition to that, Big Ed also couldn’t control his urge to jump into the matter. Evidently, he also called out the celeb for being an opportunist and using Kim and the show to get ahead in his music career.

Above all, Jamal Menzies thinks that Kim would have walked out of her relationship, but it was Usman who created such situations that she was left with no option. However, the Nigerian native tried to justify by saying that if he didn’t love Kim, he could not have stayed with her for three long years. He further claims that he isn’t scamming. Not only this, but the matriarch also defends her ex and admits that he never used her. However, it will be interesting to watch where their relationship will go now. Keep coming back to TV Season & Spoilers for all the latest 90 Day Fiance tea.