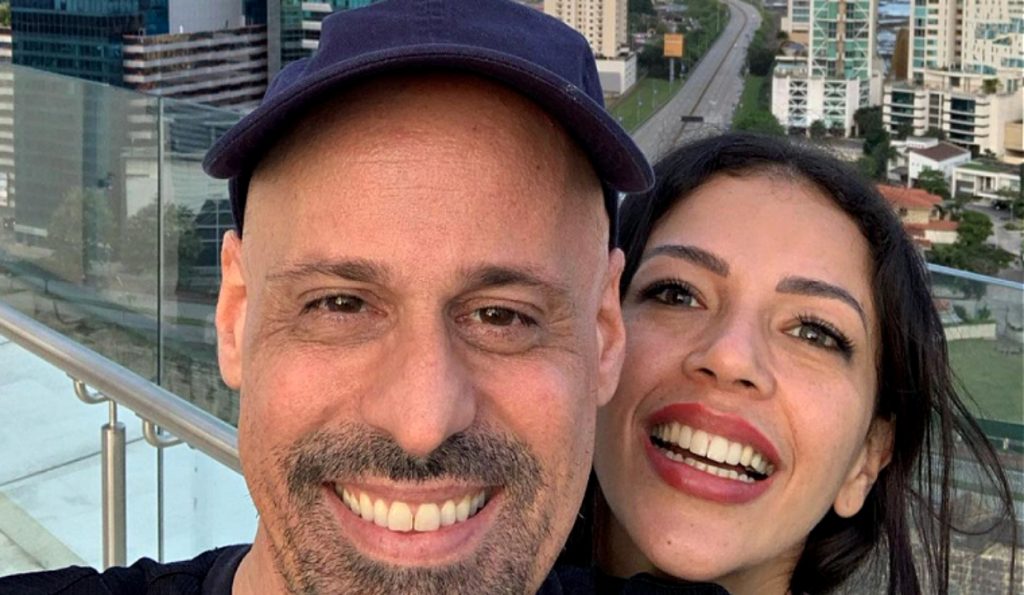 90 Day Fiance: Jasmine & Gino Having A Baby? Hint Something Is “Brewing”

Jasmine and Gino became a 90 Day Fiance couple last year. Together they debuted through the Before The 90 Days franchise. They had a lot of ups and downs. Be it Jasmine’s possessive nature or Gino being in touch with his exes. At last, their story had a happy ending with the American man proposing to his girl amidst beautiful mountains. The couple has been in a stable yet long-distance relationship since then. However, they love each other a lot and plan to be together in person soon. The latest speculation on their post suggests that they might just be having a baby. Is this true? Keep reading to know more details about this.

90 Day Fiance: Jasmine & Gino Ready For A Big Change! Expecting A Baby Together?

Jasmine and Gino’s story was quite unique when they debuted on 90 Day Fiance. While the former is from Panama City, and the latter is from Michigan. They hit it off well, and their vacation together was a part of their journey. It ended on an excellent as they made peace with all their differences. Gino also proposed to her by the end of their trip. As per the details on their social media handle, both of them are still going strong. They were in a long-distance relationship and were trying to make it work with the hopes of finally being with each other in person.

The 90 Day Fiance couple also made a post with each other. That’s where they stated that something is “in the works” and “brewing”. Therefore, the fanbase went to the comments section to speculate what was happening with the couple. Most of them were under the view that a pregnancy announcement was on the way. Others believed that the couple was probably getting another spin-off. At last, a few thought that Jasmine’s K1 got approved

and they would be living in America soon. Well, there is no confirmation about these speculations.

Gino and Jasmine gave no further details after making the post. The fanbase is hoping that they might just spill the tea in the coming future. They will probably do so in an official manner. Until then, fans are waiting to hear more from them.

Jasmine and Gino had differences when it came to having kids. The former already has two children from her previous relationship. The latter doesn’t have any. As a result, there was a lot of conflict between the two when they talked about expanding their family. The couple didn’t settle on something concrete and said they would see how things went. However, some posts on Jasmine’s profile from a few months ago made the 90 Day Fiance fans curious. That’s because the couple was gearing up to welcome a “little princess”.

The Panama woman shared another post on her story saying Gino is the “daddy to be”. To everyone’s surprise, Jasmine finally shared a picture of the newest member of their family. It was a pet rabbit. Therefore, the 90 Day Fiance laughed it off and congratulated the couple for pulling off their prank quite well. They couldn’t stop gushing at the adorable furry being in Jasmine’s photos. As far as the question of becoming actual parents remains, Gino and Jasmine have not yet shared anything about it with the fans recently. Keep track of all the latest updates on TV Season & Spoilers.