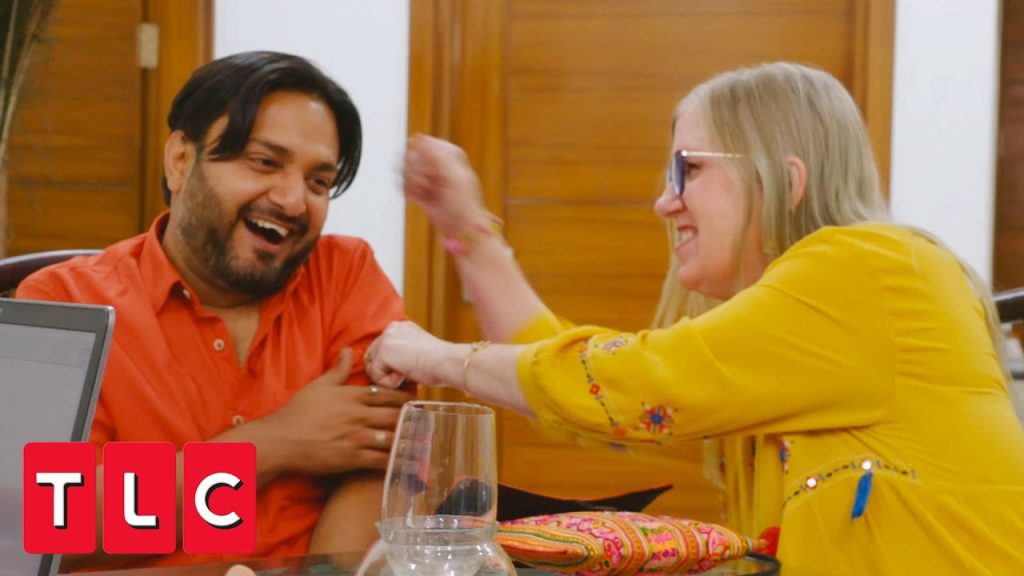 90 Day Fiance: Jenny Makes Sumit Do All The Household Work?

Jenny and Sumit have become very popular since they joined 90 Day Fiance. Initially, they starred in The Other Way spin-off. Later on, they got married and are the newest stars of the Happily Ever After series. Although they had their fair share of highs and lows, they have maintained their unwavering spirit while dealing with tough times. Lately, Jenny ended up filming a video of her husband doing household chores. Keep reading to know how the viewers feel about this.

90 Day Fiance: Jenny Makes Sumit Do Chores During Their Vacation?

Jenny and Sumit are one of the strongest 90 Day Fiance couples. Initially, viewers thought that things wouldn’t work between the two. This was due to their age gap, Sumit’s first marriage, his parents’ disapproval, and so on. However, they are finally living their best life as per the latest Happily Ever After episode. The couple also shares fun videos they make with each other for their fans to see online. Recently, Jenny put up a video on her social media handle.

While she was smiling at the camera, her husband, Sumit, was in the background. The man was busy cleaning the windows and had no idea that Jenny had filmed him. That’s when the 90 Day Fiance star wrote that her man cleans “even on vacation”. At first, the 90 Day Fiance viewers thought that Slatten was making her man do all the work. But they didn’t take long to realize that it was just a fun video for Instagram. Many of them commented that they were happy to see Sumit and Jenny do so well together

and be happily in love.

Jenny and Sumit earlier had to go through the wrath of the latter’s parents. They didn’t know the couple got married in private. Hence, Sumit’s mother had a massive breakdown at the confrontation. She disowned both of them. Despite this, the pair tried to put their best foot forward. They went on their honeymoon. That’s when the Indian man had the urge to discuss something serious. Sumit wished to go back to work after things started to get normal after the pandemic. This revelation completely threw off Jenny. She didn’t want her husband to bring up such things when they were on their honeymoon.

Sumit had a cooking business with his friend. He wished to return to it. Jenny was not on board with this as he would be required to work for six days a week. She didn’t want to spend so much time apart from her husband. At last, the TLC star also stated that her retirement money is enough to support both of them. Yet, her husband was not at all convinced. Singh wanted to be productive and earn a livelihood for their family. He was not ready to live a retired life as the star was still in his 30s. Keep track of the latest 90 Day Fiance news by staying tuned to TV Season & Spoilers.