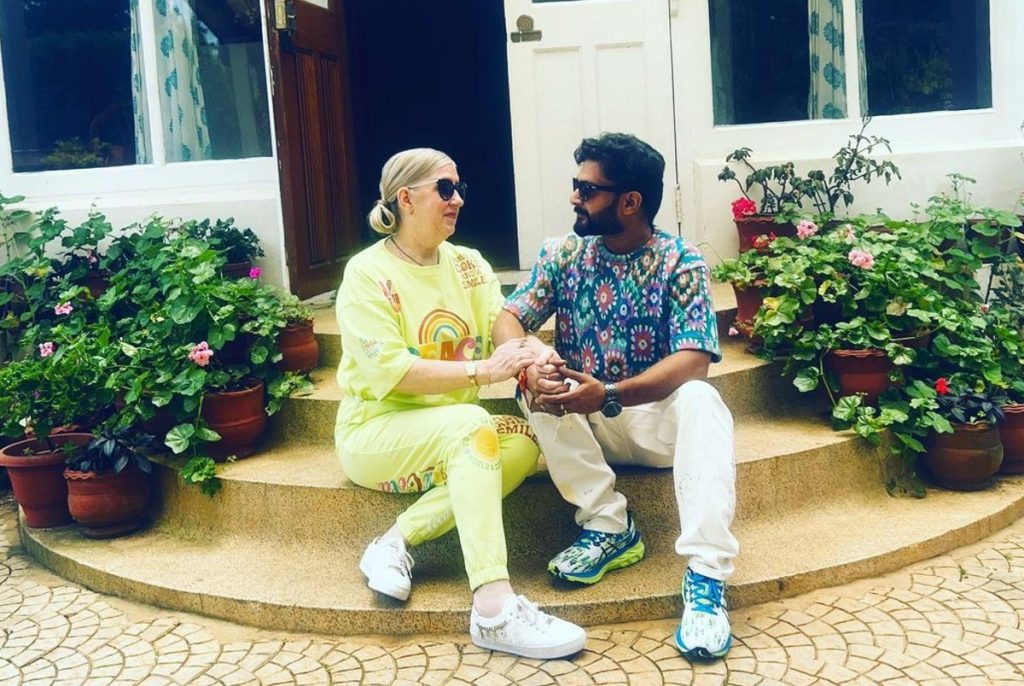 After appearing on several spin-offs, Sumit and Jenny continue to be one of the most popular pairs introduced by 90 Day Fiance. Although age was a major issue in their relationship, the couple was adamant about spending the rest of thier lives together. However, the issues in their companionship got worse after the American native moved to live with him in India. Sumit’s mother was unhappy with him marrying a non-Indian woman who was almost double his age. He was madly in love with Jenny. So, despite hearing countless warnings from his parents, Sumit secretly tied the knot with her. His parents learned about that later, but it was too late for them to do anything.

The happily married couple recently visited a city called Rishikesh for their honeymoon. Unfortunately, the honeymooners slightly went off track and argued about their new life. Keep reading to know the details about Sumit and Jenny’s romantic outing.

The 90 Day Fiance couple Sumit and Jenny traveled a long way in their journey. The couple dated for ten years before finally starting a life together. Jenny shifted to India to spend time with her husband while Sumit fought with his parents to live with her. Both of them have an equal share of sacrifices for their new life. Recently, the couple visited an Indian city called ‘Rishikesh’ for their honeymoon. Jenny was mesmerized by seeing the beauty of the place and claimed everything looked like a Bollywood movie. She was happy to be with her husband. After visiting the hotel, the pair started to unpack their stuff and discussed their new life.

Sumit vowed that now they would start their ‘new life’ together. Besides this, he also talked about starting a new business with his friend Rohit. Sumit confessed that he wanted to start a food business with his friend right after they got back from their honeymoon. He also added that Jenny has retired from her work, and now she wants to enjoy her life. He insisted on wanting to do something productive with his life. However, Jenny was not happy with his idea

as he told her he would be out for six days a week.

The 90 Day Fiance Star Sumit discussed his work with his wife Jenny in the latest episode of Happily Ever After. In this week’s episode, Sumit revealed that he was about to start a business and would be out of work. Unfortunately, Jenny was unhappy with that, and she told the cameras that she was retired and wanted to live a happy life with her husband. Sumit and Jenny had previously discussed some of these plans in an exclusive interview with TV Season & Spoilers before

The 63-years-old pointed out that she would be getting her retirement compensation, and they don’t need to work so hard. Well, her statement led her in trouble as fans took to social media to talk about her. They slammed the reality television star for her comment. Some users wrote that she was selfish. One tweeted, “Jenny plays victim well,” while other added “Jenny is never happy.” They accused her of always finding flaws in every situation. What do you think about this situation? Tell us in the comments below. Stay tuned to TV Season & Spoilers for latest updates.