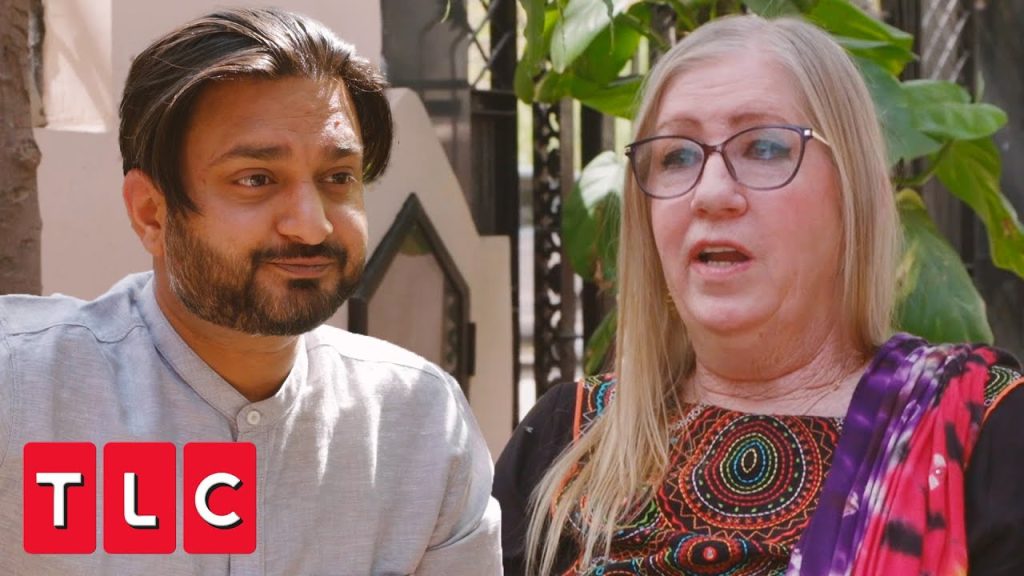 Sumit and Jenny finally got their happy ending. They tied the knot in the last season of 90 Day Fiance: The Other Way. The couple continues to star in the franchise as they have leaped to the Happily Ever After franchise. Sumit is quite excited about this new milestone with Jenny. As a result, he thought it would be a good thing to spice things up in their bedroom. Well, his wife was not at all with this idea. What went down between the two? Keep reading more to know all the details.

Sumit and Jenny had to go through many speedbumps during their relationship depicted on 90 Day Fiance. First, the former was married to someone else. He put an end to that relationship to be with Jenny. Then, his parents didn’t approve of his choice and refused to accept Jenny as their daughter-in-law. As of now, Sumit’s parents have disowned him after he came clear about marrying his partner. Yet, the couple is slowly trying to find happiness in their married life. Their adventures during their honeymoon became part of the latest season of Happily Ever After.

It turns out that Sumit wanted to take classes to know about Kama Sutra and try some of those things with Jenny. Well, the latter was not excited about such a thing. She stated that being “63,” she knows everything there is to know about sex. Her husband still tried to convince her by saying that Kama Sutra is not limited to “having sex” or “getting physical,” and it’s about “connection”. Jenny felt that they were already “connected” pretty well and asked her husband about their sexual compatibility. That’s when both of them concurred that they had no problems in that department. But Sumit stated that learning about Kama Sutra was something he “needed”.

Sumit told the cameras that he and Jenny were a young couple as they had just tied the knot. She shot back by saying that only of them was young. She was not okay with the idea of an unknown person teaching them such intimate stuff. The 90 Day Fiance star only wanted to “make love” and go to sleep. Sumit ended up laughing at this revelation. He explained more by wishing to bring “adventure” to the bedroom and achieve a “pleasure goal”.

Talking about Kama Sutra in their segment is not the only thing Sumit and Jenny did in the latest episode. During their stay in a hotel for their honeymoon, Jenny shared some things in graphic detail. She stated that the headboard of their bed was hitting the wall. So, she worried people living in the room next to her might have heard them. Sumit began joking that he considered telling the hotel management about having a “faulty” headboard. Well, 90 Day Fiance fans reacted harshly to these scenes.

Some viewers used Reddit to share their opinion about Sumit, Jenny, and their sex life. As per ScreenRant, many agreed that the couple should keep some things private and not share them all on national TV. Hence, a fan made a comment that “nobody” wanted to hear about their headboard hitting the wall. Others felt differently, and they defended the couple by saying they were very much in love and happy with one another after quite a long time of hardships. Hence, they should enjoy their time. Stay tuned to TV Season & Spoilers for latest updates.