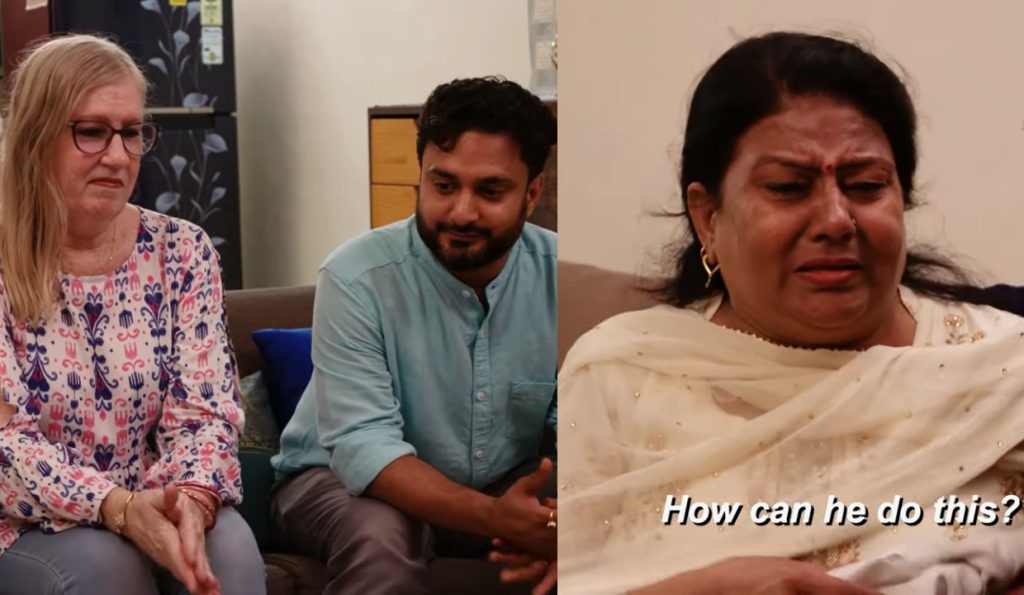 90 Day Fiance: Sumit’s Mother Sadhna Has DISOWNED Him For Betraying Her!!

The 90 Day Fiance stars Sumit and Jenny started to depict their love story from India. It all happened when the latter left everything in America to come to be with her man in another country. Despite dating one another for a decade, they finally tied the knot last year. Hence, things weren’t sailing smoothly for the two as they had to undergo a lot of hardships. For instance, Sumit’s parents had an issue with their 30-year age gap and the fact that Jenny is from another country. Hence, they kept their marriage a secret from them. Well, the time finally came to unveil the truth. Keep reading to know how that went down.

90 Day Fiance: Sumit Tell His Parents That He Married Jenny, Get Disowned!

Sumit and Jenny had a lot of obstacles between them before tying the knot. At first, the former was getting cold feet when it came to signing court documents. Later on, his parents also had issues with the American woman, and they never accepted her into their family. Hence, the duo took the decision to get married in secret. Well, the day has finally come when they unveiled the big news to Sumit’s parents, Sadhna and Anil. As expected, it didn’t go down well. That’s because Jenny’s mother-in-law declared she had disowned her son. In fact, she threatened to throw Sumit out of her door if he ever turned up there while insulting him.

Before the 90 Day Fiance star gave his family this massive detail, his mother said she wouldn’t allow her son to get married to his love interest, even from her death bed. As a result, she was in shock when the son angrily confessed that he had already married Jenny. Therefore, Sadhna began to cry at this revelation

while yelling at him. While his father tried to calm them down, it was of no use. Meanwhile, the American woman sat quietly, letting the Singh family sort things out between themselves. Hence, the upcoming episodes will now deal with how the rest of Sumit’s family reacts to the couple’s married life.

A lot happened when 90 Day Fiance: Happily Ever After Season 7 premiered on TLC. It turns out that Sumit and Jenny finally talked about revealing their big secret to his family. Well, the latter was completely against it. She knew it would ruin their happiness and create more problems. However, her man had his mind set on revealing the truth. That’s because he revealed that it is quite important in Indian culture to have a good bond between the parents and their kids. Moreover, he didn’t want other people around him to reveal their marital status to his parents before him. Otherwise, it would feel like a betrayal to them.

Well, it had been quite obvious since The Other Way that Jenny and her in-laws could never get along. Therefore, the castmate wanted to hide their marriage from Sumit’s parents. In fact, she also suggested that the couple should move to another state to live a more peaceful and relaxed life. Well, she was quite baffled to find out that her husband had already invited his family over to their old house to have a “talk”. Keep track of all the latest 90 Day Fiance news only through TV Season & Spoilers.