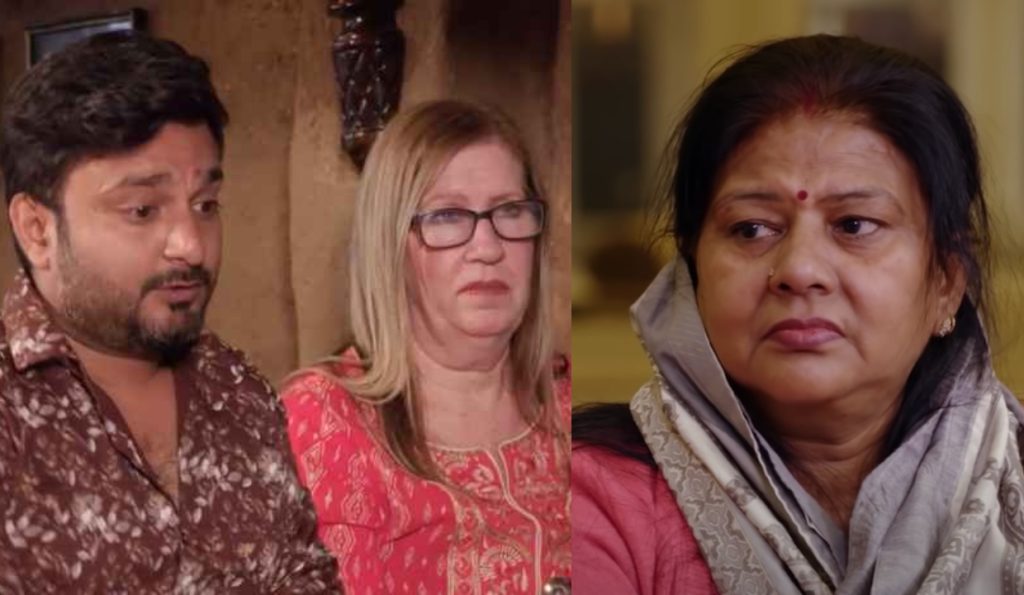 The 90 Day Fiance fans remember the storyline of Sumit and Jenny. Apparently, the duo has faced a lot of ups and downs in their life. From their age gap to Sumit’s family’s disapproval. Things have been tough for the couple. As per the current scenario of Happily Ever After, the 33-year-old’s parents are not accepting their son’s marriage, but Jenny’s side of the family readily accepts the duo. Hence, the matriarch has given up on her in-laws and has been suggesting to move to the USA for a long time. Though Sumit was reluctant earlier, fans think that they are in the States now. We have all the information you might wish to know, so keep on reading.

90 Day Fiance: Did Sumit And Jenny Relocated To America?

The 90 Day Fiance couple Sumit and Jenny dated for around a decade before they decided to tie their nuptial knot. This included one year of Sumit catfishing Jenny and hiding his secret arranged marriage. However, the couple overcame the obstacles and shocked the entire world by walking down the aisle. But it seems that their issues never came to an end. Apparently, Sumit’s parents never accepted the three-decade age gap between the couple. Even after that, the 33-year-old never gave up and tried his level best to reconcile with his parents. But it seems that Sumit’s mom was really serious when she exclaimed that her son died for her.

Hence, fans have been speculating that the TLC star has accepted his wife’s suggestion to move to America and live with people who are accepting them with open arms. In the spinoff as well, the duo has been throwing hints that they have shifted and are now on social media. Therefore fans took this matter to Reddit and discussed it. Apparently, their appearance and weight gain are indications that they aren’t in India. A fan commented, saying that definitely, the star duo is not in India because Sumit has gained around 30 lbs

. Another one replied, saying that when she was in the USA, she also gained about 40 lbs. There is a possibility that they have left for the States.

Not only this, but recently, they took to Instagram and posted a video wishing Christmas to the world. Hence, from their appearance, it seems that they aren’t in India. Apparently, when the 90 Day Fiance couple was in Sumit’s native land, they used to wear traditional attire. But in the picture, they are wearing casual, comfortable winter clothes. Fans joined all the dots and came to the conclusion that maybe the couple is now in the USA.

The 90 Day Fiance fans Sumit and Jenny faced a lot of bumps in their marriage. Apparently, the couple wanted to get Sumit’s parents’ blessings. But it seems that they are really firm on the decision and won’t take a step back to reconcile with their son. Hence the viewers have been witnessing their struggle for a long time. Though earlier, the majority opined that the 33-year-old shouldn’t leave his land, traditions, and his parents. But after witnessing their disdain towards the star couple now, the opinion of the viewers is changing a bit.

Hence, now the fanbase thinks that the star duo should go back to Jenny’s native land and restart their life with the people who are accepting them with open arms. Apparently, on a recent post of the couple, fans suggested they leave all the drama and go back to America. However, it will be interesting to watch if Sumit agrees to leave his parents or not. Keep coming back to TV Season & Spoilers for all the latest 90 Day Fiance tea.