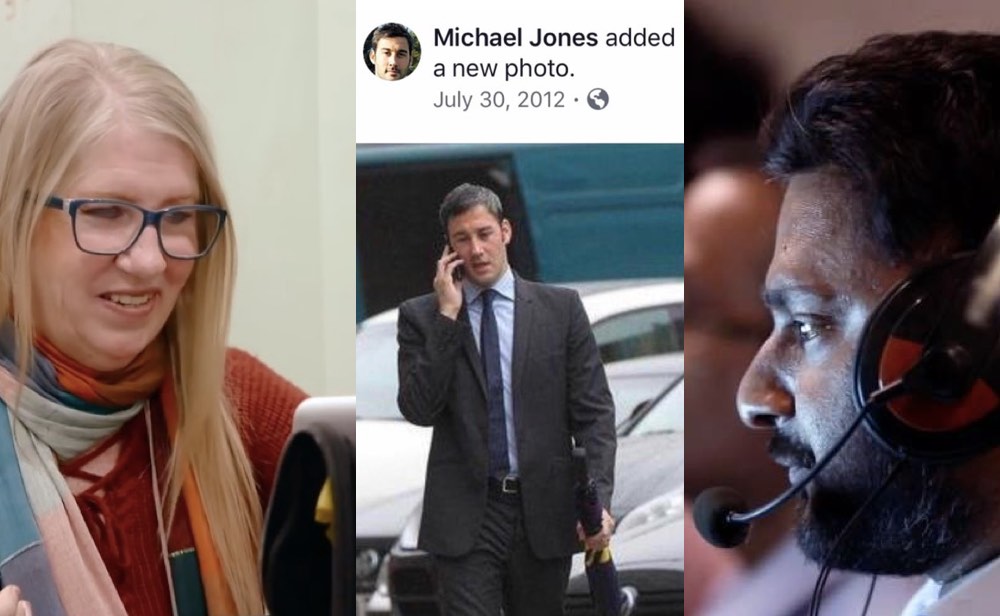 '90 Day Fiance: The Other Way' Sumit's Fake FB Account He Used To Catfish Jenny Is Revealed

We all know the story of Sumit catfishing 90 Day Fiance star Jenny and confessing when their relationship got serious. He pretended to be someone else because he thought Jenny might not approve of him because of his nationality. However, Jenny forgave him and even after the catfishing scandal, they have been together for more than six years. But now, the FB account Sumit used to catfish Jenny is out for the public eye and is stirring the air. Let’s take a look at the chaos.

Anonymous Gossip posted a bunch of screenshots highlighting to what extent Sumit catfished Jenny. The first picture shows him all suited up with a cheerful smile on his face. Another picture shows him talking on the phone and walking simultaneously. Jenny comments and asks whether he is talking to her, and he says yes. Then she goes on to ask who took the picture and he said a colleague.
https://www.instagram.com/p/B2QAbDjHwtg/?utm_source=ig_web_copy_link
He even went so far to post a status sharing his first day in his new Seattle office. We can see how far he took his fakery. Jenny keeps on praising his picture, and he modestly says thank you to her every time. Later, he posted a picture of Jenny and called her his sweet wife. In return, she calls him her hot husband!

What Do Fans Have To Say On Sumit’s Catfishing?

Most of the fans imply that Jenny is gullible to fall for this scandal. The account clearly seems fake, and most users would block it in the first instance. Another user states that the pictures look like they came from a magazine and Jenny should have seen right through that. One user calls her a teenager stuck in an elderly woman’s body. A Reddit user pointed out that those using broken English and misspelled words are classic signs of catfishing. Mostly, they are fake.

It seems like Sumit was scamming a lot of people. We can see on the fake profile that many people have commented on his statuses and pictures. As for now, his in a super hiding mode as far as her relationship with Jenny is concerned. Even though Indian parents can be conservative, but he has got to stand up for her.

’90 Day Fiance: The Other Way’ Will Sumit And Jenny Get Their Happily Ever After?

The way Sumit catfished Jenny indicated a level of dishonesty in their relationship from the beginning. He abandoned Jenny and went to see his parents as they got suspicious. He has been hiding 90 Day Fiance star Jenny from his family for a long time. Moreover, an insider claims that Sumit is already married, and Jenny will find out in the Tell All episode. With all this adding up, their relationship already has a lot of red flags. What do you think is the future of Jenny and Sumit amidst all this chaos?