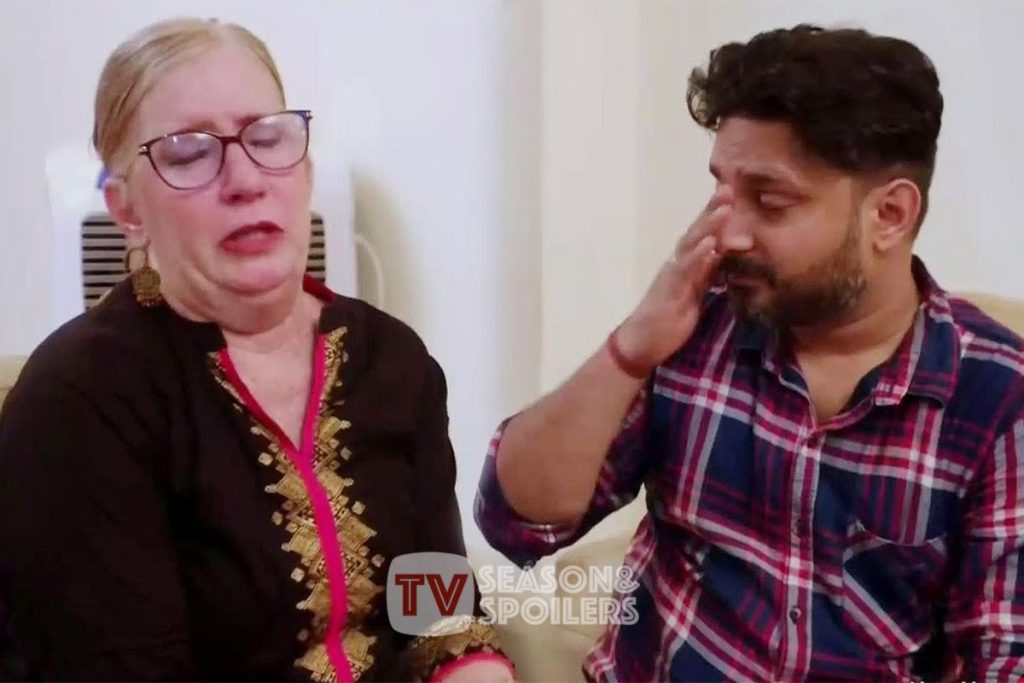 90 Day Fiance: Jenny Thinks Sumit Will Leave Her Due To Unsatisfactory Sex Life?

After a long and difficult journey, TLC favorites, Jenny and Sumit finally got married. Fans were glad that the 90 Day Fiance couple was able to overcome the issue related to the Indian man’s parents, though temporarily. However, new problems in their relationship are coming up that they probably didn’t think about before tying the know. The two of them were recently spotted having a grave conversation related to their bedroom life. They seem to be struggling to manage their intimacy as both Sumit and Jenny have different desires. Fans feel that maybe Jenny won’t be able to keep up with what Sumit demands. To know more, keep reading.

90 Day Fiance: Will Jenny Be Able To Keep Up To Sumit’s Expectations?

In a recent clip of 90 Day: Happily Ever After’s recent episode, Jenny was seen talking about her fears. People revealed that, Jenny fears that her relationship won’t work if she fails to keep up in bed with Sumit as per his expectations. Recently, Sumit suggested his wife try out a Kama Sutra yoga class with him. But unexpectedly, Jenny was rather shocked with this idea and thought it was really weird. Jenny has a problem with the class being public. She snapped at her 33-year-old husband, saying that she has a great level of experience when it comes to sex. Moreover, she added that she doesn’t need anyone to teach her what position she should use and in which one she should.

The 63-year-old star adds that she knows what Kama Sutra is. However, Jenny doubts how they are going to teach this publicly and that too in a yoga class. Besides, she is not at all comfortable doing such stuff publicly. But on the same hand, the 90 Day Fiance

star is really worried that if she doesn’t try new things, it could jeopardize her relationship with her spouse.

90 Day Fiance: Is Sumit Getting Bored With Jenny Now?

Lately, 90 Day Fiance fans feel that Sumit and Jenny’s age gap is paving the way for their relationship’s end. Sumit being of his age, wants to try out different things in bed to keep his marital life spiced up. He also explained the reason to Jenny and asked her to join Kama Sutra classes because this is something he cannot do with someone else. Moreover, Sumite wants to experience this with his own wife, and only her wife can he ask to do something like this.

Jenny confronted her fears related to her spouse. She clearly asked him if he was losing interest in her. The popular celeb is worried about what is going on in Sumit’s mind. Well, he completely denied it and said things are fine now. But he added that they need to think about the coming years and create a better future for themselves. Eventually, Jenny agreed to take the class but mentioned that the minute she feels uncomfortable, she would leave the class then and there. Keep coming back to TV Season & Spoilers