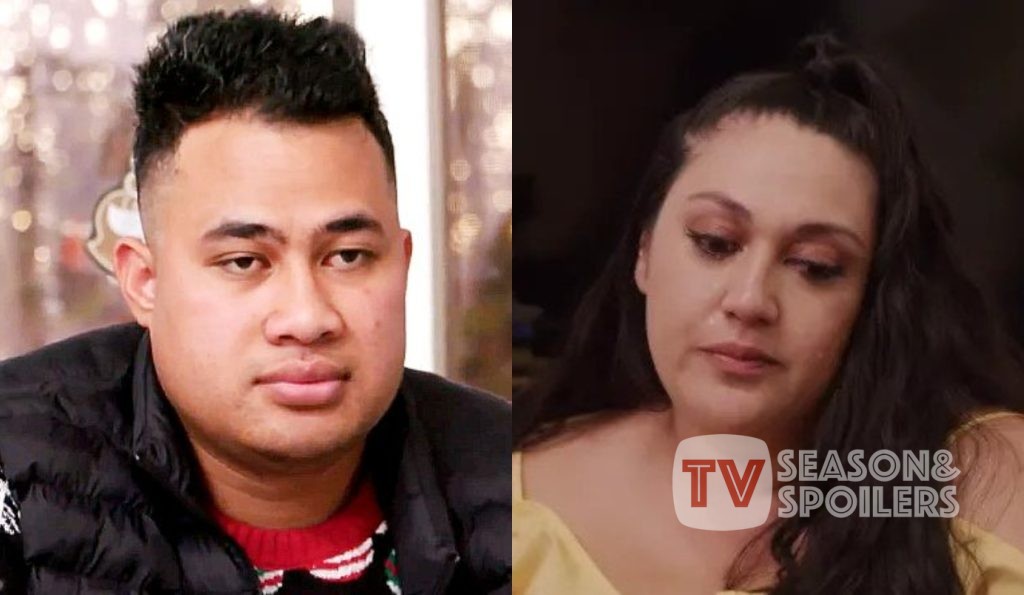 Kalani and Asuelu are one of the earliest couples to have become a part of 90 Day Fiance. Their story came into the limelight with the original series of the franchise. Viewers admired them, and the pair went on to star in more spin-offs. They are a family of four and share two kids with each other. However, things haven’t been looking good for them since this year. That’s because they made several social media posts hinting at their split. Kalani has made another major post on Instagram hinting at her divorce. Keep reading more to know more details about this.

90 Day Fiance: Kalani Hints She Is Close To Divorcing Asuelu?

Kalani and Asuelu became part of 90 Day Fiance ahead of Season 6. Apart from exploring their love for each other, they were also handling other responsibilities. This included parenthood. They ended up having not one but two accidental pregnancies. Things weren’t looking up for the couple. Initially, viewers thought they would be able to work through their problems. Alas, that was not the case, and things just got worse. Now, TLC fans feel that Kalani has dropped a big hint on social media about her relationship with Asuelu Pulaa.

It turns out that Kalani Faagata ended up posting a picture of herself with her two boys, Oliver and Kennedy. Apparently, her social media posting has lessened over a few months. Therefore, the 90 Day Fiance audience has always wondered about her relationship status with Asuelu. She also mentioned in the past how her husband had blocked her on social media. Fans believe that Kalani posting a picture with just her sons and not her husband is a big hint. So Asuelu and Kalani could be headed for an official separation

However, there is no proper confirmation. Neither, Asuelu nor Kalani has managed to talk about their relationship status in an upfront matter through social media. Hence, viewers will have to wait for an official announcement to know for sure what is going on with the couple.

Asuelu Pulaa has often remained quiet when it comes to talking about his relationship on social media. In fact, he was not a man of many words during his time on 90 Day Fiance either. This would irk their supporters, and they would urge Asuelu to make efforts to understand his wife. However, things are extremely different now. That’s because their posts on social media clearly suggest that they are very close to breaking things off with each other. Asuelu began posting a lot on his social media, especially Instagram Reels while doing trends.

That’s when he made a video of himself doing a popular trend. Asuelu was taking the trash out of the house, and the text on the clip said, “when people know that I’m single”. Hence, it made all the 90 Day Fiance viewers believe that Kalani and Asuelu finally separated

from one another. However, they are still due to get divorced officially. As mentioned before, both husband and wife have refrained from disclosing their actual relationship status on social media. Keep coming back to TV Season & Spoilers for all exciting updates.