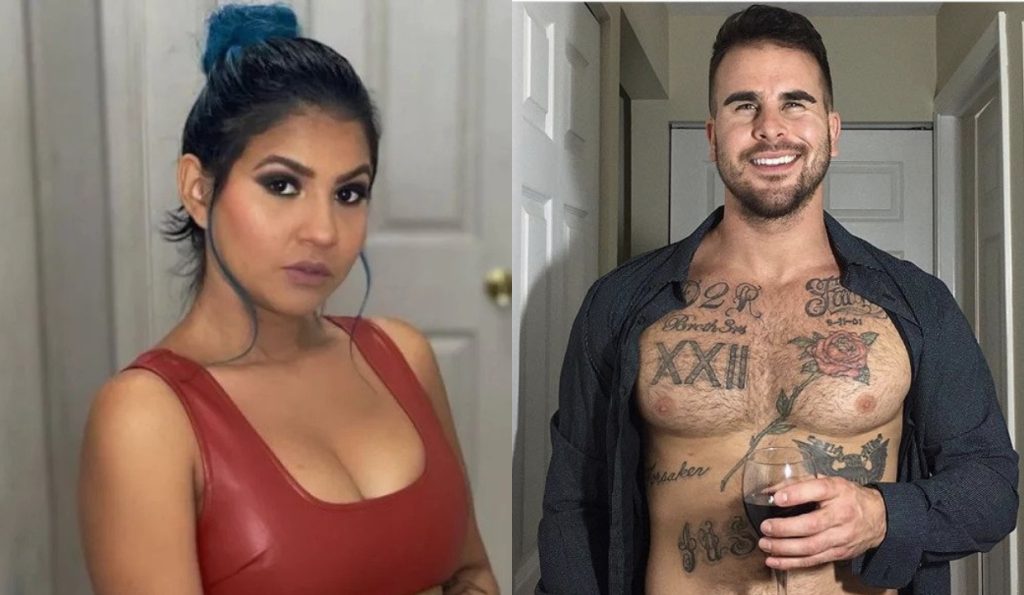 90 Day Fiance star Karine Martins has had a terrible year so far. First, the video of her physically abusing ex-Paul Staehle went viral. At last, the court declared both parents unfit to care for their two sons, Ethan and Pierre. Since then, Paul has been out of the country, blissfully vacationing in Brazil, avoiding his parental duties. Meanwhile, Karine talked about following all the protocols to regain custody. However, she is in the limelight again owing to her dating life by being with The Bachelorette star, Josh Seiter! New rumors suggest that he is actually gay! Has he been using Karine for clout? Keep reading to know more details.

Karine Martins first became famous alongside Paul Staehle in the 90 Day Fiance Franchise. However, they separated last year. CPS has possession of their kids, and they are with a foster family now. Most of Karine’s post on social media talks about how much her heart breaks now that she is no longer with her kids. However, she was in the limelight for another reason. The Bachelorette star Josh Seiter caught her fancy. Both of them confirmed that they are dating one another with a series of pictures on Instagram. However, noted blogger John Yates has given out a crucial detail.

John shared a screenshot on his Instagram from October 2022. It was from a story by Josh Seiter, saying he is “a proud gay man”. Yates mentioned in his caption that The Bachelorette star has starred in same-sex adult videos and came out in October 2022. In fact, he was also engaged to another 90 Day Fiance star, Yolanda Leaks. Hence, many of the fans now feel that Josh is trying to stay relevant by dating Karine Martins. So far, the alleged couple has not yet responded to these things from the past coming into the limelight. At this point, the audience is urging Karine to “focus on the kids” and not the relationship.

While controversies are trailing Karine once again, her ex, Paul Staehle, is no less. He often makes quite outrageous posts on his social media. This isn’t the first time it is happening, and 90 Day Fiance fans now view him as ‘the boy who cried wolf.’ Apparently, they rarely believe the things he posts. Lately, Staehle made a post asking people to stop inboxing him about his ex’s “pregnancy” and marital “engagement”. Viewers found this quite fishy as Karine and Josh Seiter had just made their relationship public

Well, Karine Martins was quick to do some damage control. She went on her Instagram handle to reveal that she could not get pregnant. The celebrity mentioned that she has an IUD. Hence, this contraceptive can’t let Karine bear a child temporarily. Hence, the young mother urged the fans not to believe whatever lies her ex was spreading about her. At last, the viewers began to slam Paul again for making such false announcements and causing trouble in people’s lives. Keep coming back to TV Season & Spoilers for the latest 90 Day Fiance news.