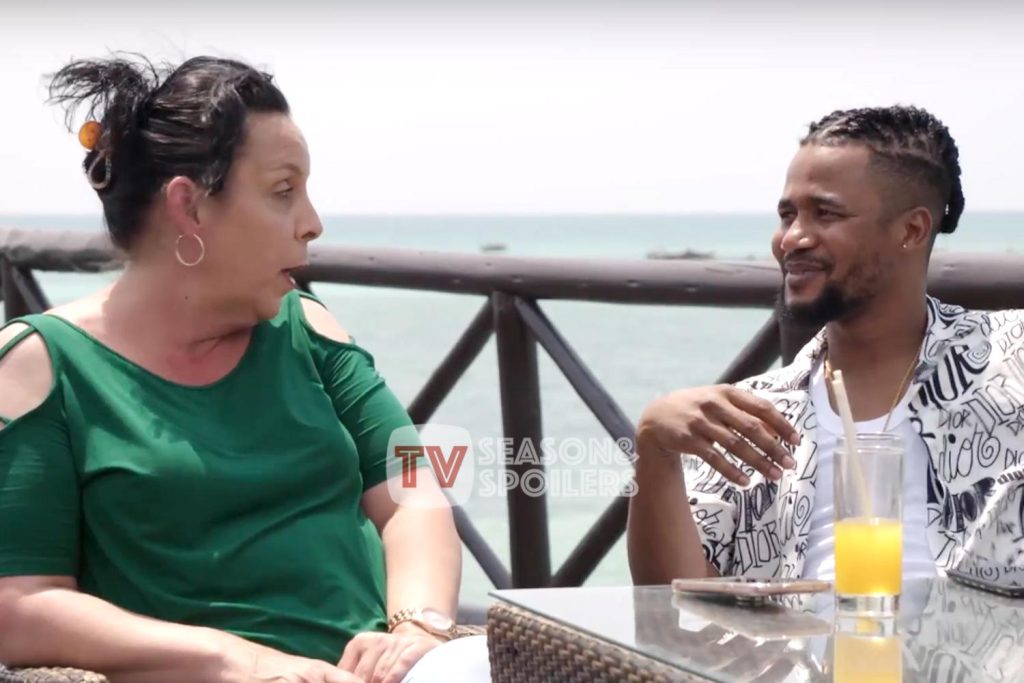 90 Day Fiance: Kim Is Happy To Spend The Night With Usman In The Same Room!

Kim and Usman have become the power duo in the 90 Day Fiance: Happily Ever After. Though the pair isn’t married, the love they share for each other is impeccable. Besides, the couple did go through difficulties to be here where they are. However, Kim has tried to make things work and proposed to Usman during her Nigeria trip. The TLC celeb is happy to share a room with her beloved. What else does she have in store for her fiance? Tune in with us to find out.

Kim and Usman aren’t married, but their relationship will take a serious turn. Kim is finally ready to propose to the man of her dreams. However, the reality celeb’s families aren’t ready to be a part of it. That’s because of the age gap between the two. Kim is 20 years older than Usman, and his family isn’t in alignment with his decision. Likewise, some 90 Day Fiance fans feel that Usman might be using Kim for money. But looking at their chemistry, it doesn’t feel like it. Now, look ing behind all the tension, Kim is ready to propose to her man in Nigeria

HollywoodGossip reports a preview of the September 11 episode of 90 Day Fiance: Happily Ever After Season 7. Usman orders champagne and room service for himself and Kim. Meanwhile, Kim is super pumped that she will stay in the same room as Usman. The reality star says she doesn’t have to think about it anymore. Then Kim gives a flirtatious wink to Usman and says that she is excited to see where the night takes them. The girlfriend also brought gifts for Usman to celebrate. She gave her fiance “king and Queen” bracelets. And there are also t-shirts with the couple’s picture. Usman tells his beloved that it is a romantic gesture, and he loves it.

Before flying to Nigeria, Kim talked to her friends about all the possibilities of the future. The 90 Day Fiance viewers know that Usman wants kids. However, Kim isn’t at the age to bear children. Therefore, her friends asked if the reality star would be okay with a polygamous relationship. That’s because Usman wanted a second wife to bear his children. Hence, having a second wife would give him what he needs. Meanwhile, Kim is all up to the game. The TLC personality believes that she would get all the love and attention being the first wife.

However, Kim’s friend told her that Usman would be dividing his time with both wives. Moreover, the singer would not leave his second wife as she would have his kids. But, Kim is adamant about her beliefs and says she will do as she pleases. What do you think of it? Stay tuned to TV Season & Spoilers for the latest updates on 90 Day Fiance.