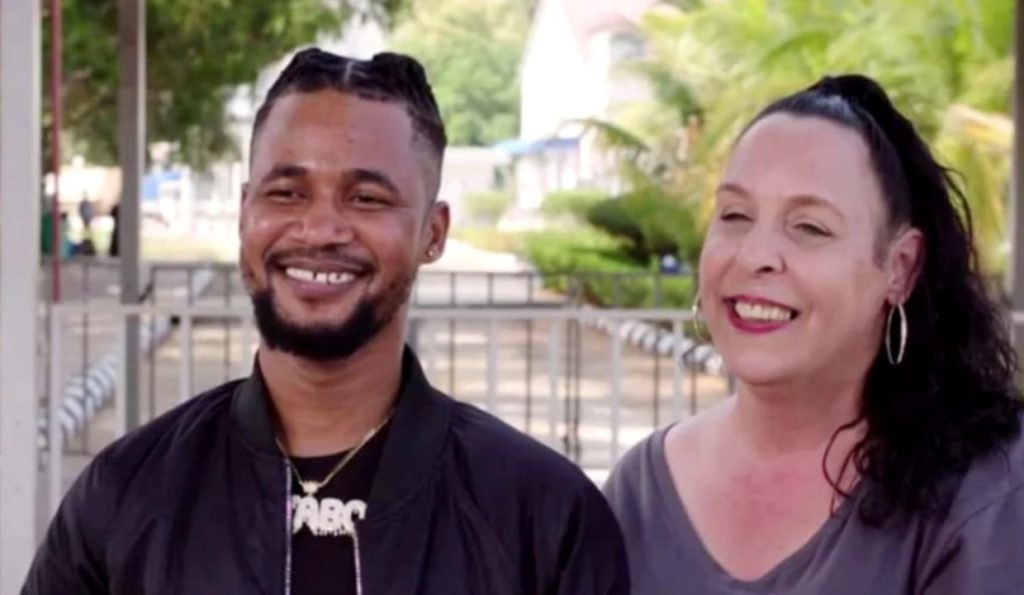 90 Day Fiance: Kimberly & Usman In A POLYGAMOUS Relationship With NEW WOMAN? She’ll Have His Baby?

Kimberly and Usman became quite popular after they appeared in the latest season of 90 Day Fiance: Before The 90 Days. In fact, viewers spotted a lot of red flags in the couple. First is their drastic age gap of almost two decades. In fact, some also feel that the music artist is also using his partner to come to America. That’s because Kimberly presented him with many lavish gifts throughout. In fact, things really hit the roof when she stated not having any problems with Sojaboy marrying another woman to bear kids. Could it be that the couple found someone like this? Keep reading to know more details about this.

90 Day Fiance: Kimberly & Usman Hanging Out With His New Wife? Will Have Kids With Him?

Kimberly and Usman were far from perfect during their time on 90 Day Fiance: Before The 90 Days began. In fact, fans had found a lot of things problematic in their relationship. However, the one thing that would top the list is their arrangement. Apparently, having kids and a family is quite important for Sojaboy. Despite this, he won’t be able to have kids with his partner, Kim. That’s because she is in her 50s and doesn’t feel like taking such a responsibility again. Well, Usman’s culture allows him to have multiple wives.

As a result, Kim was in agreement to let Usman have a new wife to h ave kids with. Therefore, fans found this quite baffling and called them out for it. Apparently, now they feel that the couple has someone new in their relationship. It turns out they were both live on Tik Tok recently. That’s when they took notice of something new. Apparently, a new woman was also a part of the live session with them. Hence, they began to wonder if it was Sojaboy’s “new bae”

As a result, a discussion began on Reddit. That’s when a 90 Day Fiance fan stated that it is a possibility that they were spending time with Usman’s future wife and would have his kids. However, there is no confirmation about this. Thus, this was only speculation as neither of the two castmates shed light on this.

A lot of interesting things happened in Usman and Kim’s live session. By the end of 90 Day Fiance: Before The 90 Days, they parted ways on a bitter note. Although the American woman threatened to leave her Nigerian boyfriend and never come back, he was very calm about it and told her to have a “safe flight”. Hence, fans were convinced their relationship would definitely sink in a while. However, they took the 90 Day Fiance fans by surprise by announcing they are still together in the Tell All special.

Well, now the budding rapper stated that he and Kimberly are getting married soon. Hence, viewers discussed this again and stated it is Usman’s way of “using” his partner, and she shouldn’t do it. Despite this, some stated that Kimberly is equally using the man as she wants to date someone “young” with celebrity status. Therefore, many concluded that the couple deserves each other. However, Usman didn’t disclose the wedding date yet. Keep checking TV Season & Spoilers for more 90 Day Fiance news updates.