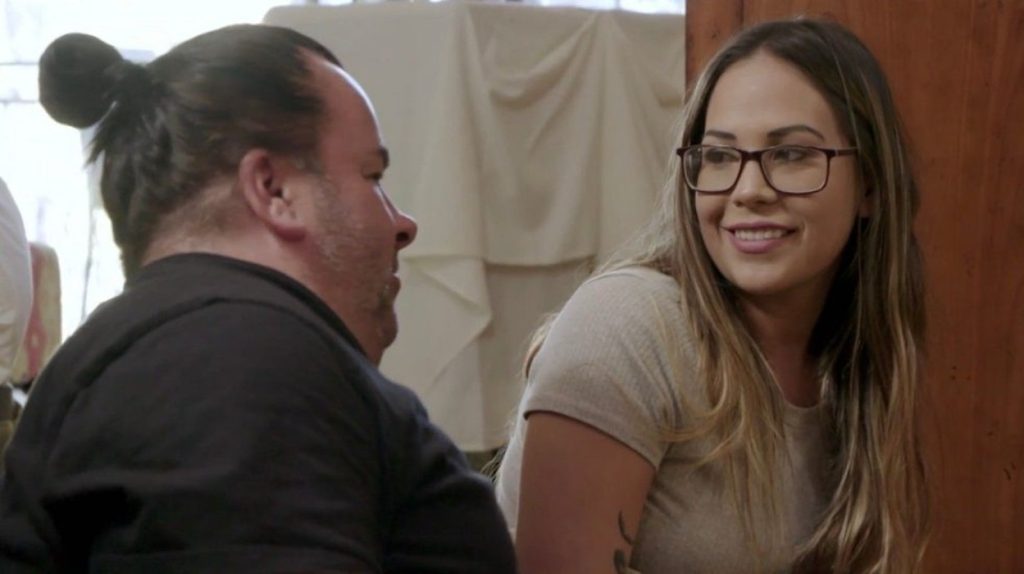 ​San Diego native Liz Woods stars in Season 7 of 90 Day Finace: Happily Ever After with fiance Ed Brown. Liz and Big Ed have always been in a complicated relationship since their first appearance as a couple in the show. Recently, they called off their engagement. Ed questioned her sexuality and accused Liz of having a relationship with her female coworker, who was always present at the party. However, after a month, Liz seem engaged in safe care. She previously claimed she shed 20 pounds by exercising and following a healthy diet. Whereas now she gave a quick makeover to her hair. Keep reading for more.

Liz has once more shocked 90 Day Fiance viewers by drastically altering her appearance, choosing a new hairdo this time. In a recent Instagram photo, she showed off her new look, sporting medium-length hair that was mid-parted and had blended highlights. The young beauty showcased her transformation in an unfiltered photo, highlighting the color gradient of her new hair even more. Liz captioned the post referencing the change as a much-needed one. However, she also added a few hashtags in the caption, such as #eyebrowthreading and #microblading, which indicates she has also got them done.

Many of Liz’s social media fans were ready to express their admiration after seeing her boldly rocking in her new hairdo. Fans of 90 Day Fiance praised her photo that lacks filters and cosmetics in the comments. One fan said that the short hair suits her, adding that it was encouraging to see the TLC star donning such a distinctive makeover. Others complimented Liz’s highlights and said the hair color perfectly matched her skin tone. Big Ed’s fiance received much praise for her new hair makeover. Fans like her for embracing a new look that complements her beauty and attitude. They also like that she showed off her new hairstyle with her filter-free natural beauty.

Liz Woods and Big Ed Brown recently hosted their second engagement party. TLC features their engagement ceremony on the Sunday episode of the show. At the party, Ed invited his complete family, and it was the first time when Liz was introduced to his extended family. The party was going well, but Liz couldn’t stop questioning Ed’s loyalty. However, the couple’s first engagement was a big disaster. This time they expected to have a happy, argument-free party. But Ed’s Arkansas relatives’ arrival complicated things. It was Liz’s first time meeting Ed’s family. However, she asked him to stay with her. Unfortunately, not long after arriving at the gathering, Ed left Liz alone.

Liz was very disappointed and expressed her anger in the confessional video. The TLC star said she asked Big Ed not to leave her alone, but he disappeared when they entered the party. She expressed her concern about Ed’s family by saying they might impact their relationship. They said they argue a lot about how she believes Ed may be affected by his family, to the point that Ed and her would split up over it. She is concerned that someone may convince Brown to end our friendship. However, they end up their engagement ceremony without further arguments and fights. Stay tuned for all latest updates on TV Season & Spoilers.