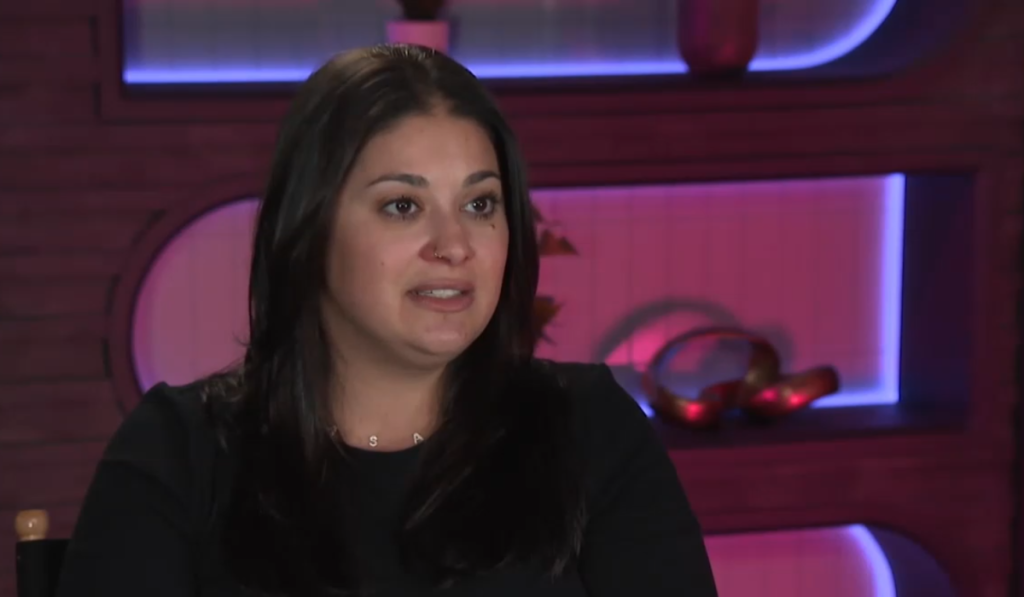 Loren Brovarnik’s social media persona has greatly impacted her audience. The reality celeb loves to share it-bits from her life and often engages with her followers. More so, the 90 Day Fiance celeb has also become an important social media influencer to add some extra money into her bag. Meanwhile, the viewers get to see the latest updates on Loren’s life. However, the recent update made people question if the mother plugged in on an adult toy. Tune in with us to find out.

Loren Brovarnik has created a healthy yet entertaining platform on her social media. The fans love interacting with the 90-Day Fiance celeb, and they often find it pleasing to talk with Loren. The mother of two recently posted a picture that made the fans think otherwise. Brovarnik shared a picture of herself bathing in Florida rays by the pool. And so, she had a mini fan to ooze out the heat. The innocent display of the fan made the scenario otherwise. Apparently, the picture Loren posted with a mini fan resembled an adult toy. Similarly, the picture also included a link to go to the object’s website. Alongside, Brovarnik captioned, “When you need that vitamin d, but it’s too damn hot!”

However, the picture (screenshot uploaded by kimmy_robinson_66) and the caption didn’t sit well with the followers. Many 90 Day Fiance viewers DMed Loren as they felt the mother was showcasing an adult toy. The reality celeb posted screenshots, and it had one of the fans saying, “It looks like a d*ldo/vibrator… sorry… what on earth is that?” Brovarnik shared the screenshots of her story and wrote that many people texted her thinking she was advertising something else. But alongside, Loren stated that she was pregnant and it’s a mini fan and not something else. Well, the mother understood that it’s all about the angles. Because of how she held the mini fan, it looked like an adult toy. Meanwhile, the misinterpretation did lighten Loren’s mood and gave her a laugh.

The avid 90 Day Fiance watchers know that Loren Brovarnik is expecting her third child. Hence, to embrace another little one, the mother is beyond happy. However, the reality star told her followers she wasn’t feeling good recently. Though there isn’t a specific incident, the mother wasn’t feeling “ok.” Meanwhile, many people reached out to Loren and tried to console her. The reality star was impressed with the support that she was getting. Besides, Brovarnik tried to cheer herself up by applying a sheet mask, but it didn’t help.

Apart from this, she tried another way, but nothing worked for her. Nevertheless, Loren actively took the opportunity to preach to her followers if anyone was having a bad day. She noted that if someone was feeling “off,” they should take time for themselves. Moreover, the 90 Day Fiance celeb also mentioned that people should normalize having a bad day. The fans understood Loren Brovarnik’s situation and supported her throughout the day. Stay tuned to TV Season & Spoilers for the latest updates on reality TV shows.