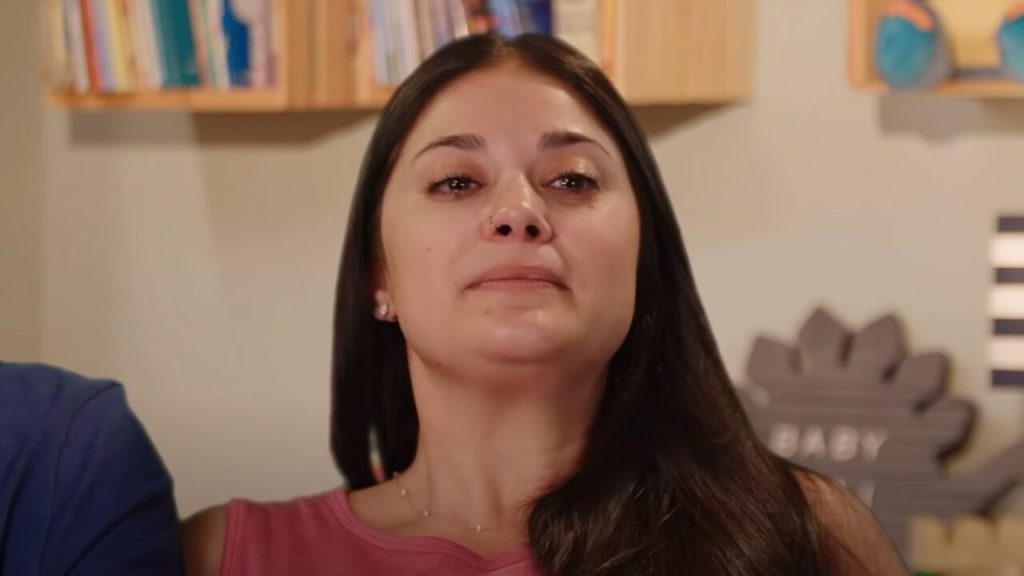 90 Day Fiance romantic couple Loren Brovarnik and her husband Alexei are the super proud parents of three beautiful kids. The couple started dating after they met in Israel on Loren’s trip. Since then, they have been regularly appearing on TLC’s popular reality television show. The Brovarniks were blessed with three kids. Loren gave birth to their elder baby Shai in April 2020, while their second son was born in August 2021. Now, she has welcomed her third baby, a beautiful daughter, Ariel Raya Brovarnik. Pregnancy was never easy for the reality television star. Her second son was born four weeks before the due date. Recently, Loren talked about postpartum depression after giving birth to her third baby. Keep reading to know the details.

The 90 Day Fiance star Loren was blessed with a beautiful love story and a perfect husband. The happily married couple is now the parent of three amazing kids. However, things are not as easy as people can see. Earlier this month, Loren gave birth to her third baby, a daughter. She has been in NICU since then. The reality television star posted a picture on her social media, informing her fans about her daughter’s condition. Recently, she took to her Instagram account to talk about her postpartum depression. As per Monstersandcritics

, the mother of three broke down in tears while explaining how difficult it was for her to deal with the depression. She revealed that it was 10x harder for her in her third pregnancy.

In her live Instagram video, the New York native mentioned that it was getting hard for her to deal with her fluctuating hormones. She continued that after looking at her babies, it was hard for her to control her tears. Loren explained her pain and mentioned that she might face many issues with her third pregnancy because Ariel is a girl. The TV star further tried to explain her issues and said that maybe her daughter had arrived at her anniversary, so it was too painful for her. Besides this, she claimed she was probably unprepared for the third baby. Nonetheless, she did not have a perfect reason to explain her depression.

90 Day Fiance: Mom Of Three Loren Is A Multitasker, Shares Picture From NICU

The 90 Day Fiance star Loren had had a long struggle in her life. Since her daughter was admitted to a hospital, the mother of three has tried her best to keep calm and deal with everything. Recently, she shared a picture of her daughter from the NICU. The reality television star was seen in black midi with matching shoes. She was pumping breast milk while her daughter was lying in bed.

Loren wrote in the caption that the baby was looking at her food. Moreover, she wrote that she was looking at her baby and pumping milk, all in wedges. The star was doing multiple works simultaneously, and that’s what her caption says. She wrote, ‘multitasking at its finest, in the caption. Do you want to watch Loren and Alexei on a new season of 90 Day Fiance? Tell us in the comments below. Also, stay tuned to TV Season & Spoilers for all latest updates.