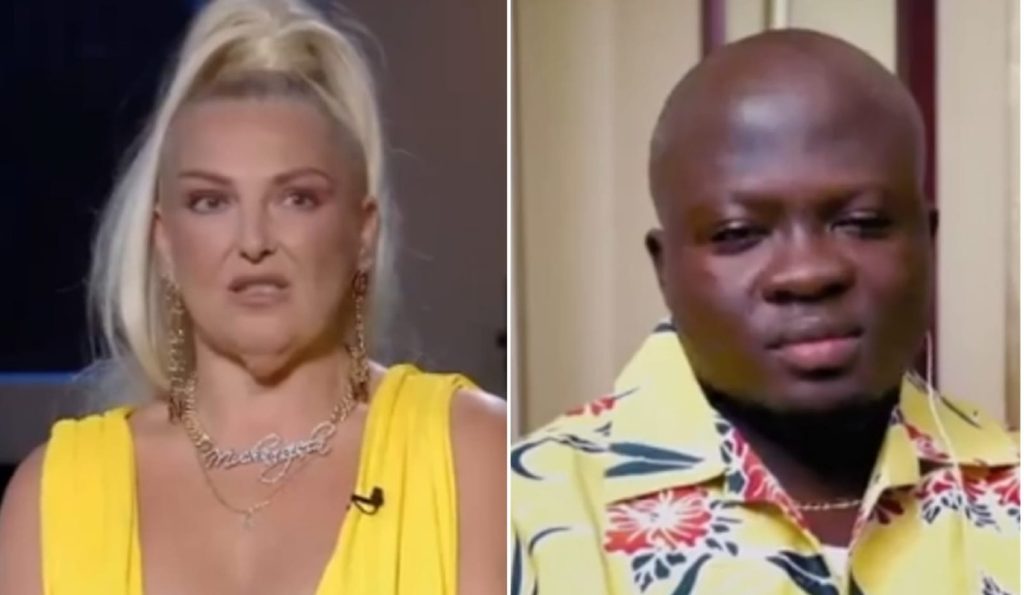 90 Day Fiance: Michael Has No Job, Slammed For Using Angela For Money!

Ever since their 90 Day Fiance journey began, viewers always looked up to Michale Ilesanmi, while Angela Deem became the series villain. The former had a patient and submissive personality, while his wife was loud and controlling. They returned for the new season of Happily Ever After and are in a very tough place in their marriage. They have stayed apart since COVID-19 hit, as Angela had to move back to America from Nigeria. Since then, she has been sending her husband money to support him. Fans aren’t on board with this. Keep reading to know more details about it.

Michael and Angela became part of 90 Day Fiance from the Other Way Franchise. Their storyline began when the latter finally traveled to Nigeria to meet her man. At last, both of them married one another by they finally and went on to star in the Happily Ever After franchise. They still continue to do so. A lot has changed since then. Due to COVID-19, Angela had to move back to Georgia, and she and Michael began a long-distance relationship. A lot has changed since then. Angela has been supporting her man by sending him money. There was a point where the man demanded 5k bucks from Angela!

Apparently, Michael made an Instagram handle of his own, and Angela didn’t want that. She worried that he would flirt with other women through his DMs. In order to take the social media profile down, the Nigerian man demanded his wife pays him $5k. In his confessional, he revealed that his wife hadn’t been paying him enough to live his life adequately. While Angela has always been the franchise’s villain, they didn’t approve of Michael’s ways either. There was another clip in the episode where he was chilling by the poolside with his buddies. Viewers began to wonder if he had a job of his own or was solely depending on Angela for the money. They didn’t appreciate Michael’s attitude.

90 Day Fiance: Michael Talks About His Job! What Does He Do For A Living?

Michael Ilesanmi has showcased that he has only been living off Angela’s money in the new 90 Day Fiance: Happily Ever After episodes. Most of his segments from Nigeria had him hanging out with his friends. Angela mentioned in one of her confessionals that she has been sending Michael just the right amount of money so he can “have TV”, pay his car and phone bills, and so on. Hence, they began wondering if he had a job of his own. It turns out the star had mentioned it in the second season of The Other Way. Back then, Michael worked in “online marketing” for Nigerian car dealerships.

In the latest episodes, Michael has not yet talked about his current job. Since he is depending so much on Angela for money, they believe he is jobless. She also gave him a surprise visit and came to Nigeria without telling him. He continued to live his life normally, without knowing what was coming. Michale even refused to open his door for his wife when she was there. Hence, she began wrecking and ripping out his car. Only the upcoming episodes will reveal how things went down between the two. Keep a check on TV Season & Spoilers for the latest 90 Day Fiance updates.