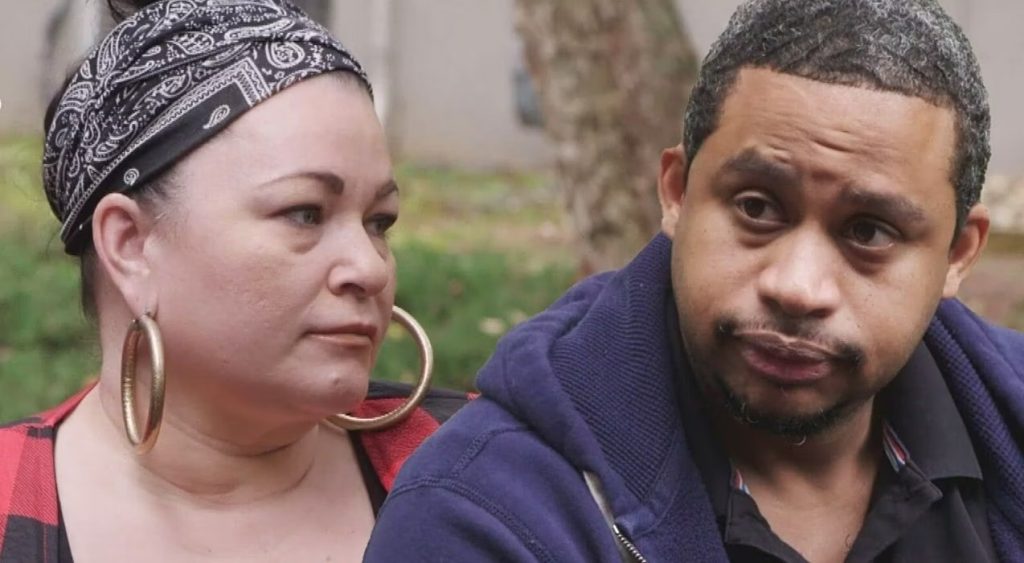 90 Day Fiance: Molly Hopkins Hints She Broke Up With BF Kelly, “You Have To Leave People”

Undoubtedly, Molly Hopkins of 90 Day Fiance has faced a lot in her life. Apparently, her storyline is all about breakups and clashes. Fans remember that the star made her debut in the Season 5 of the spinoff with her ex-husband Luis Mendez. The couple decided to walk down the aisle and parted ways within six months. However, the viewers were happy that she soon found Brooklyn cop Kelly. Indeed, she had a successful personal and professional life for a while with her new boyfriend and business partner, Cynthia Decker. But as per the recent updates, it seems that the star has ended her bond with both of them. To know what happened between the trio, keep on reading.

90 Day Fiance: Did Molly Part Ways With Her BF, Kelly?

The 90 Day Fiance star Molly Hopkins has had a troubled love life. Apparently, after her split from Luiz in 2018, she found a new man. Evidently, she met Kelly online, and the TLC star thought that there was something different about him. Hence, amidst tons of messages on Instagram, Hopkins decided to talk with the Brooklyn native and was quite smitten with him. Moreover, Molly and Kelly visited each other’s native places and fell in love with each other. However, lately, there have been speculations that the celeb has parted ways with her boyfriend.

These days, Molly has been hinting that maybe she is no more with her husband. Lately, Hopkins has been posting depressed relationship quotes. Apparently, her recent story says, “You have to leave people where they are when they insist on being negative.” Not only this, but earlier as well, the 90 Day Fiance star added a quote that reads that “Fall in love with someone who will never let you go to sleep wondering if you still matter.” In addition to that, Molly further added that a person should always be really careful to whom they give their heart.

Apparently, an eagle-eyed fan noticed that Molly and Kelly weren’t following each other. Evidently, they haven’t been posting together for a while as well. Hence, there have been speculations that maybe the duo has decided to part ways. However, there’s a chance that maybe they are waiting for the upcoming seasons and have decided to spill the beans in the show. Undoubtedly, many 90 Day Fiance

fans are eager to know what exactly happened between Molly and Kelly. Yet, these are just speculations while the world is still waiting for the stars to confirm the news.

90 Day Fiance: Did Molly & Cynthia’s Friendship Broke Because Of Kelly?

The 90 Day Fiance star Molly and Cynthia were also close friends and business partners. Apparently, they are the co-founders of their lingerie brand. Not only this, but the viewers might remember that the duo used to take business trips cum family trips together and used to enjoy a lot. In the recent past, Hopkins and Cynthia went on a Dubai trip with their kids and spent quality time. But recently, the latter revealed that the mates wouldn’t even appear on the Pillow Talk together from now onwards. In addition to that, Decker has been posting quotes about fake friends as well.

Recently she added a quote that says that fake friends are like pennies, while two-faced friends are worthless. Apparently, there have been speculations that say that maybe Kenny was the reason for the rift. However, the celeb revealed that Kelly didn’t have anything to do with it. Not only this, but she also added that even Hopkins and Kelly didn’t spend the holidays together while they were in the same state. Indeed, this further hints that maybe Molly has parted ways with her boyfriend. Keep coming back to TV Season & Spoilers for all the latest 90 Day Fiance tea.