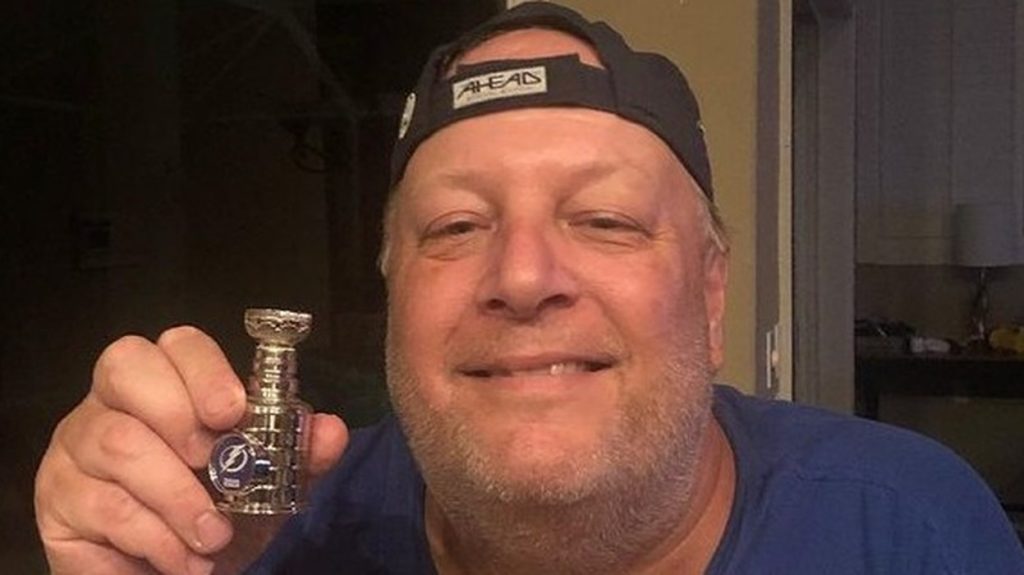 90 Day Fiance: Mystery Woman In Chuck Potthast’s Life! Is He In Love Again?

Elizabeth and Andrei Castravet brought forward a plethora of castmates through their storyline on 90 Day Fiance. That’s because the former’s chaotic family has been the center of attention as the couple’s love story progressed on TV. Amidst all this, the viewers have a soft corner for Libby’s father, Chuck Potthast. The man tries very hard to make sure all his kids get along. Some even feel sorry for all the stress the Potthast siblings put their father through. Many viewers have also urged the elderly man to put himself first. Well, it looks like the supporting castmate has started to do exactly that. In fact, he has been vacationing lately, and viewers got to see a new mystery woman with him. Is she his new girlfriend? Keep reading to know more details about this.

90 Day Fiance: Chuck Is Single & Ready To Mingle On Vacation! Smiles Happily With A Mystery Woman

Chuck Potthast has turned out to be the fan favorite in Andrei and Libby’s storyline on 90 Day Fiance. Most of the fanbase is often divided amongst bickering about their least favorite cast mates. Often, they also hold the couple responsible for many of the feuds and don’t approve of their ways. But since his debut, the dotting father Chuck Potthast has been getting all the love from the audience members. He really cares about his family and is upfront about his emotions and feelings. The viewers love seeing such a side to him in a segment usually filled with loads of drama. Lately, a famous fan page from the show 90dayfianceupdate, put up a surprising post!

Apparently, Chuck Potthast was on vacation by the looks of that post. In the background, there was a scenic beach. But the interesting part of the image was that the supporting cast member was posing next to a beautiful woman. Both of them were smiling ear to ear while enjoying some glasses of margaritas. Many 90 Day Fiance viewers filled in the comments section with lots of positive words. They were happy to see Chuck enjoying himself and living his best life. Many of them stated that the man deserved all the happiness after what his family put him through. Others also wondered if his daughters would have a problem with their father being this way. But none of the members of the Potthast family have reacted to the image.

90 Day Fiance: Chuck Potthast To Come In The Single Life?

Chuck Potthast is a family man through and through. After starring in the show 90 Day Fiance with his daughter Libby, the viewers know how much he loves and appreciates his family. As mentioned above, the viewers feel that Chuck should start living his life for himself and not give his family so much priority. That’s because the Potthasts refuse to behave life themselves during family gatherings. In fact, there have been many ugly verbal spats and physical altercations in the past. Yet, Chuck has been trying hard to make sure all his family members reconcile with one another. Fans love him for his positivity and hopefulness.

Last year, Chuck put up wholesome pictures from a fun trip with Libby, Andrei, and their daughter Ellie. It was the first time the TV had announced to her father that she was expecting her second baby. While the comments section was full of lovable remarks, another fellow star from the show Vanessa Guerra, i.e., Colt Johnson’s wife, made an interesting request. Well, she wanted Chuck to become a part of The Single Life. Well, Potthast himself responded to the comment and said he wanted to “sign up” as it seemed interesting. While there is no confirmation if Chuck will star in the show or not, fans got to see him spend time with a woman in the latest image and were happy to see him thriving in his dating life. Keep an eye on TV Season & Spoilers for more 90 Day Fiance updates.